I found the flash drive I misplaced during the last move! I can finally finish the Nepal saga!

When we left our heroes, they were spending their last full day in Nepal taking a guided tour of Kathmandu. After visiting the Monkey Temple and Patan Durbar Square, they continued on to Boudhanath Stupa.

This is one of the largest spherical stupas in the world.

It was festooned with marigold garlands for an upcoming festival. 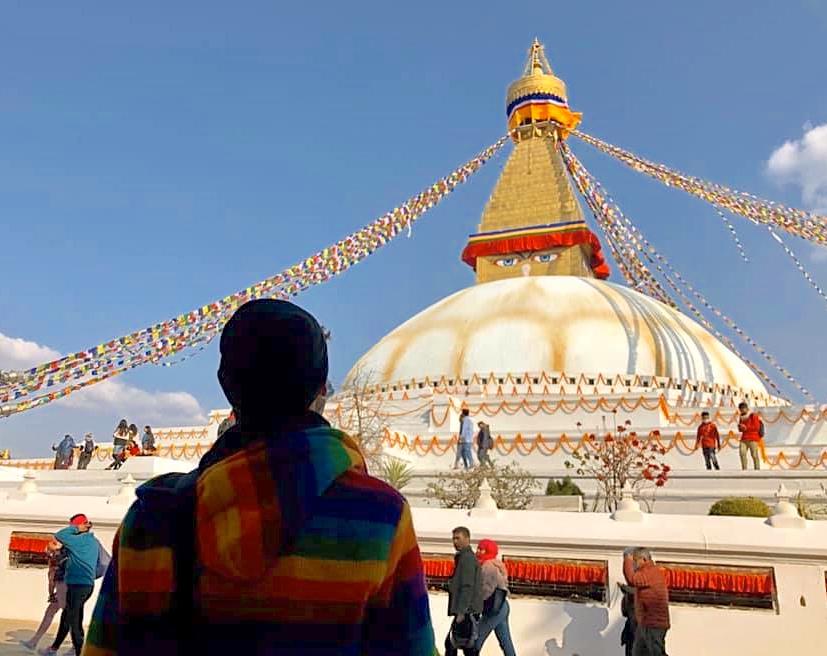 The garlands are made with real marigolds, which signify passion and creativity.

The girls and their guide stopped for lunch in an airy rooftop restaurant overlooking the stupa. 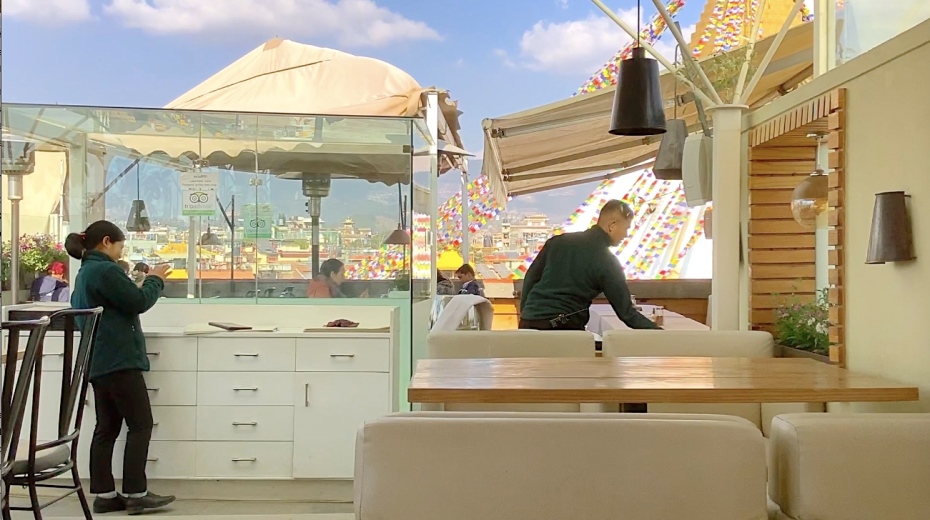 I don’t have a lot of narrative input for this post. They visited a couple of temples, only one of which allowed interior photos. 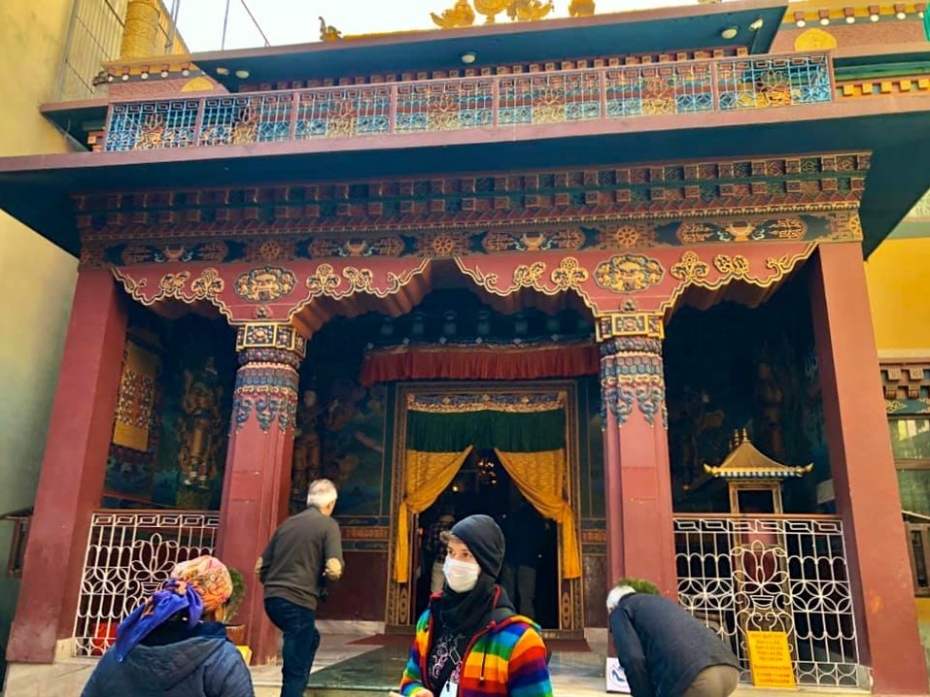 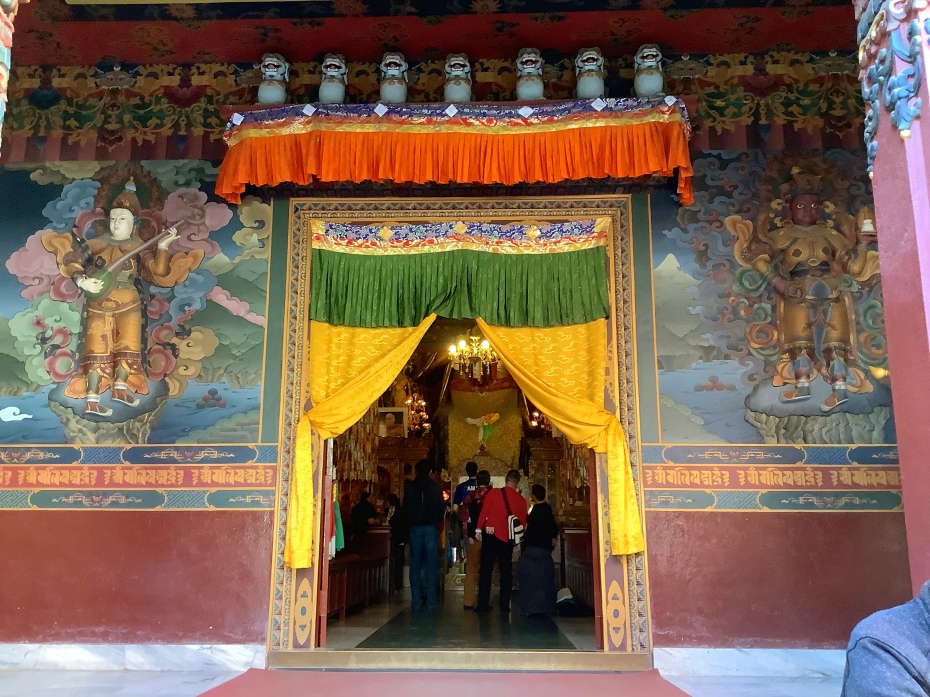 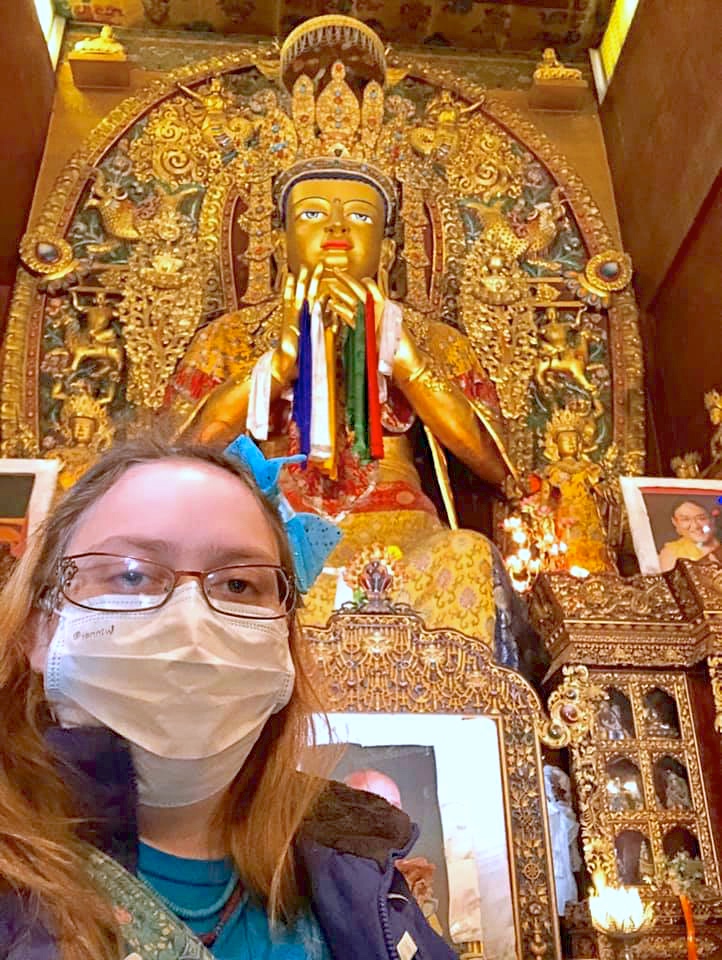 Pigeons clustered by the thousands in the shady areas.

Scary Wheel of Life, and partial glimpse of the tour guide: 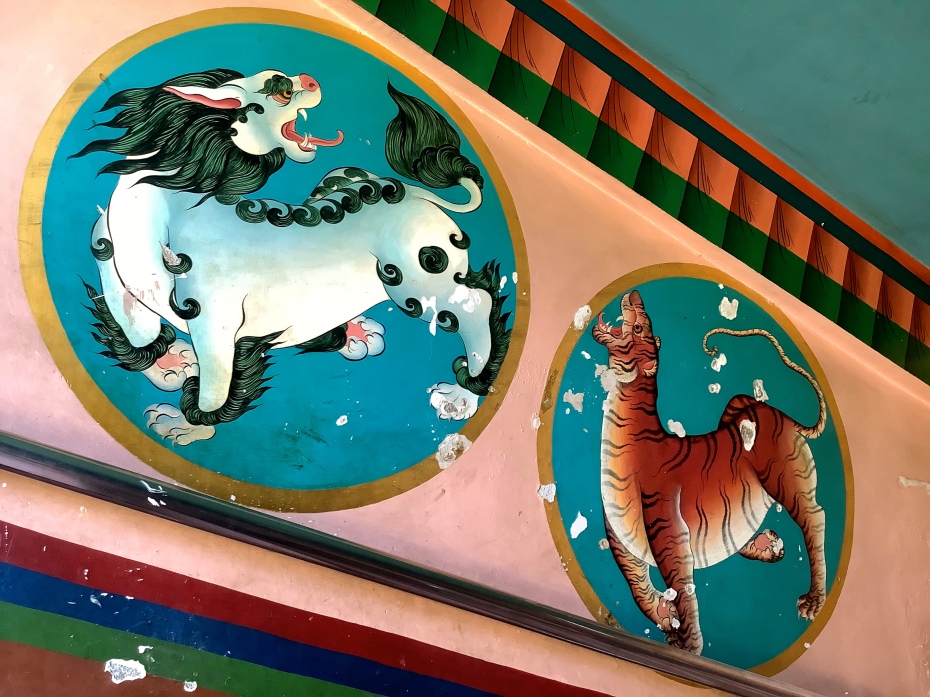 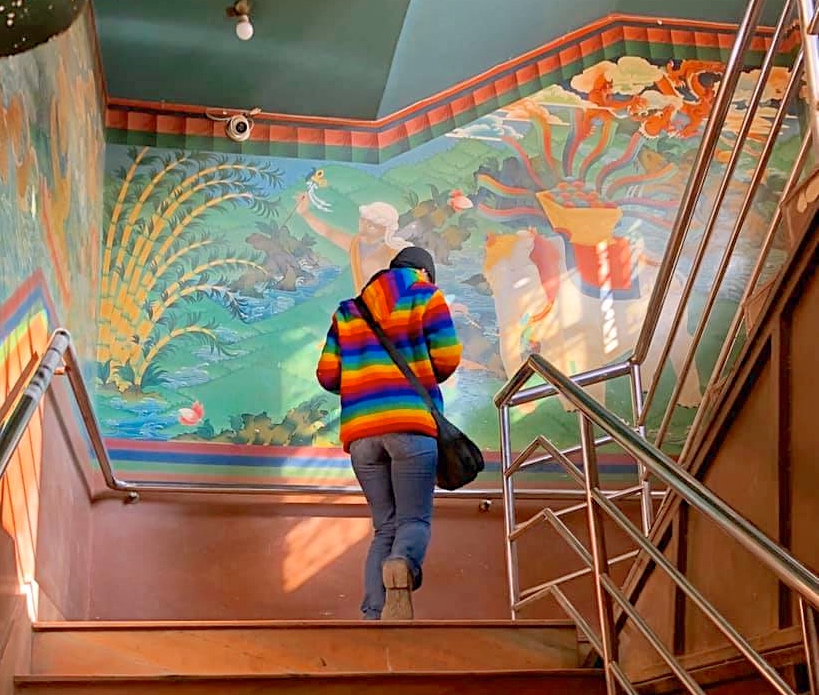 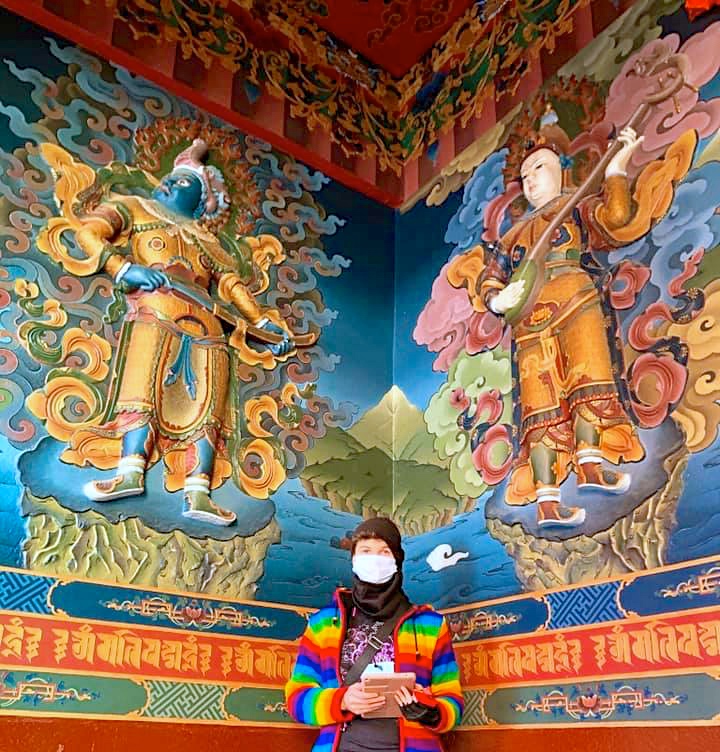 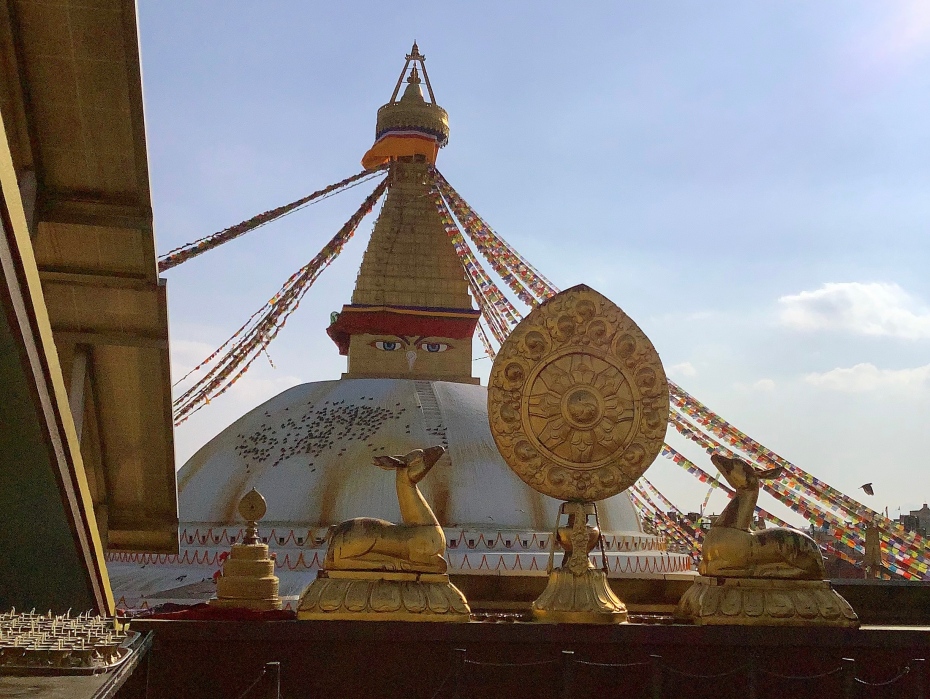 Elephant-dragon looks like he’s about to gobble up an airplane.

On to the next destination! 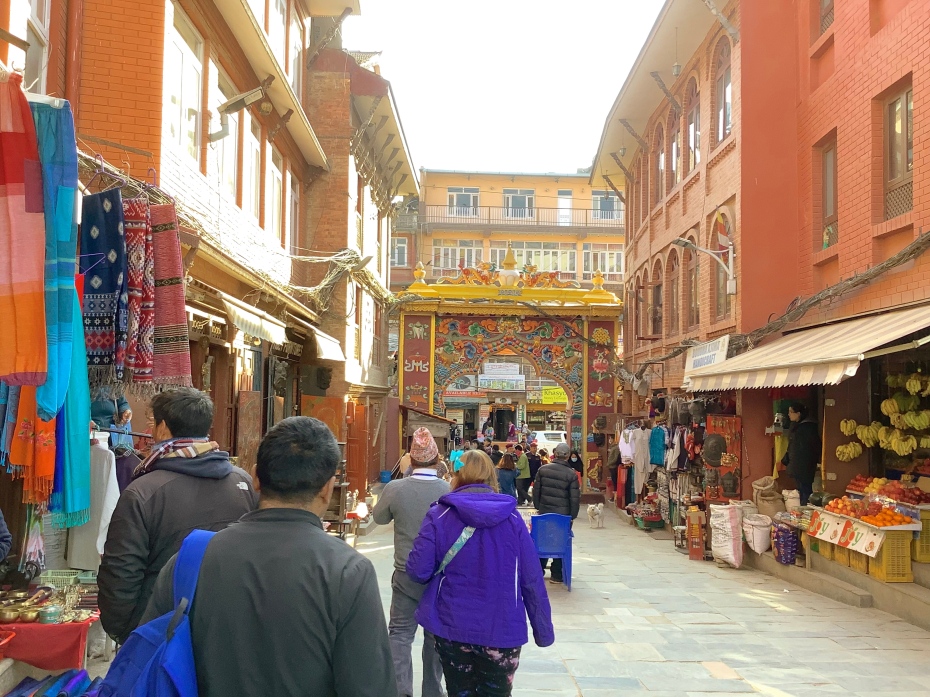