The rain eventually stopped, and the Texas summer arrived in all its sweltering glory. Luke flew off to California for his four-week visit with his dad. We had all learned our lesson last year about not moping around during these apart times, so Elizabeth and I kept ourselves entertained in his absence. 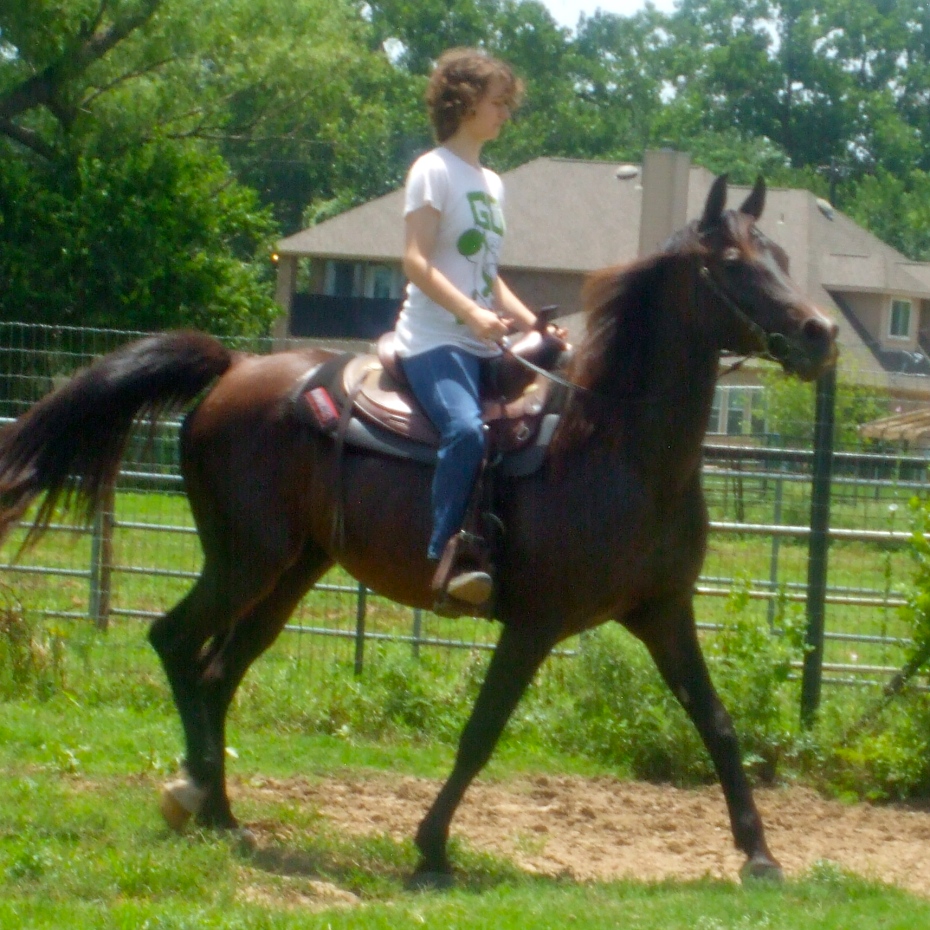 We discovered Founders’ Plaza, which is a really pleasant little park with a good view of DFW Airport and the adjacent UPS Hub. It’s a nice place to relax, watch planes land and listen to the piped-in live dialog from the airport’s radio control tower. We bring lunch or ice cream and make it a picnic. 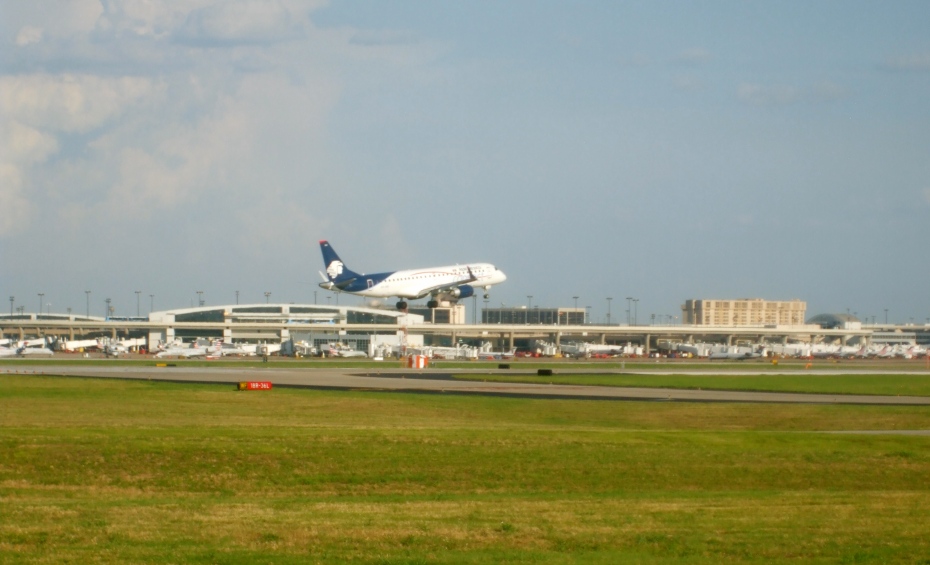 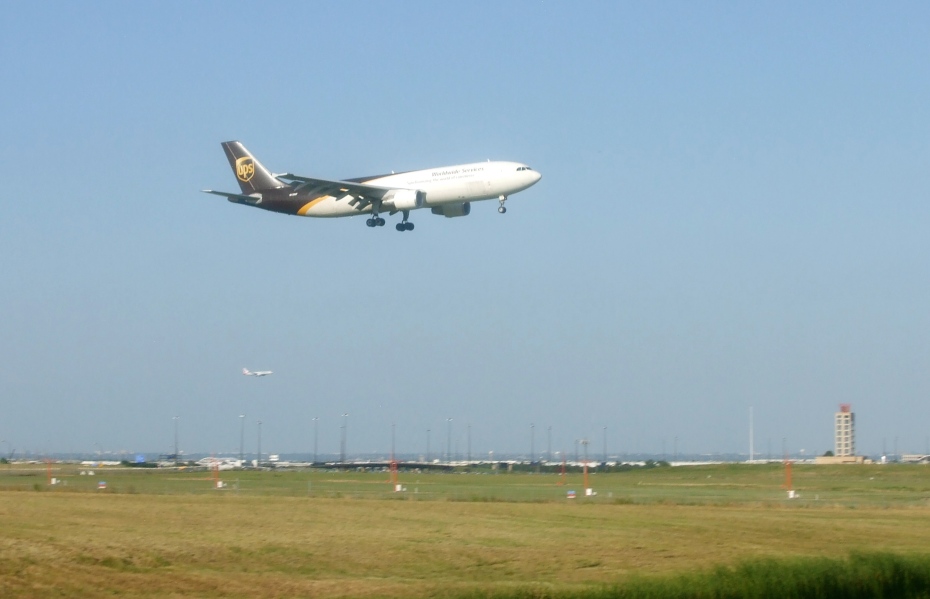 Then Luke came back, and Elizabeth went to California. Other than going to see Inside Out, I don’t remember Luke and I doing a whole lot while she was gone. We did get our first sight of Texas fireflies, while we were walking in a park at dusk near a lake. I didn’t have my camera with me though, just my iPad, and that doesn’t take great pics in low light. I did manage to get one halfway decent shot – can you see the firefly?

I have been promising Luke for ages that I would take him to see the Dallas Heritage Village, so we finally made plans to go about a week after Elizabeth got back from California. Unfortunately, when we got there we found a locked gate and a sign saying that the Village was closed for maintenence and would reopen in September. Guess I should have taken a closer look at that website.

Anyway, there we were in Dallas, so we decided to check out the Botanical Gardens instead. That turned out to be a solid choice. The place is gorgeous, and during the month of August the ticket price is only a dollar per person, probably because it’s not the flashiest time of year and it’s like 150º outside. Some of the plants did seem to be struggling in the heat. But there is plently of shade, and lots of water. 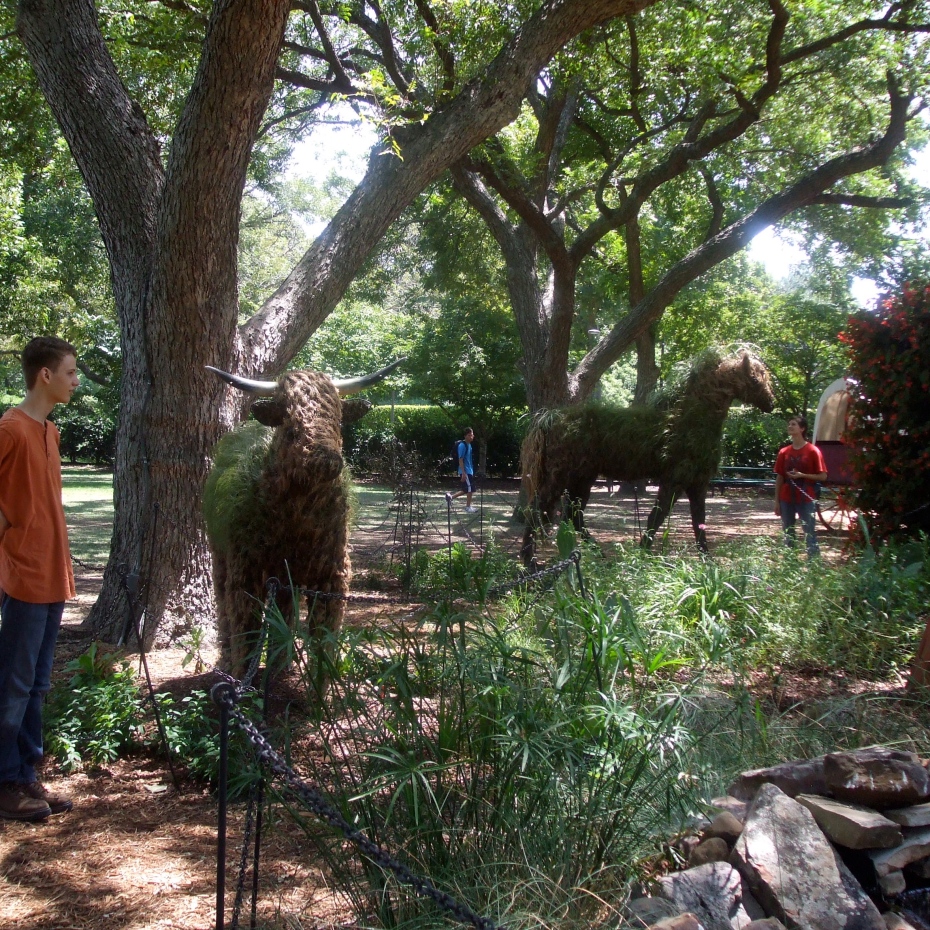 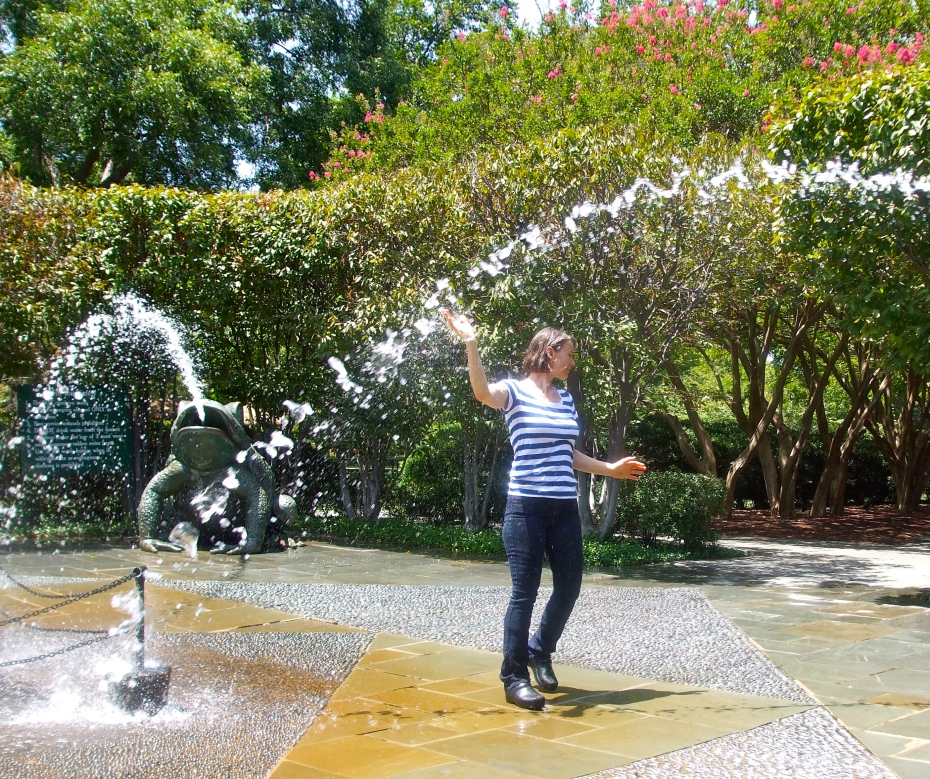 There is a LOT of water. Streams and fountains and waterfalls everywhere. 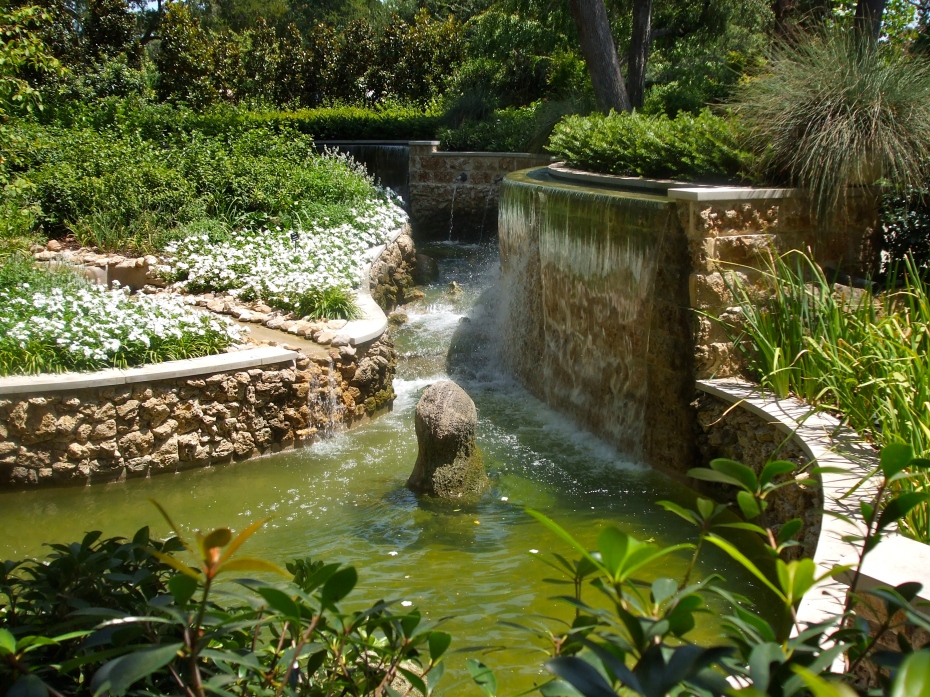 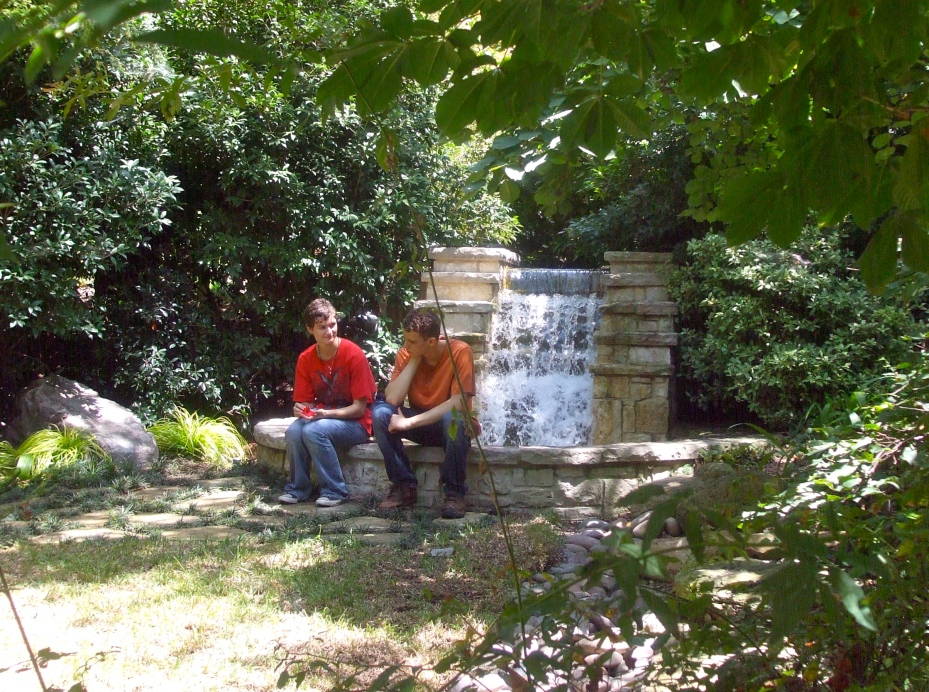 This was my favorite: 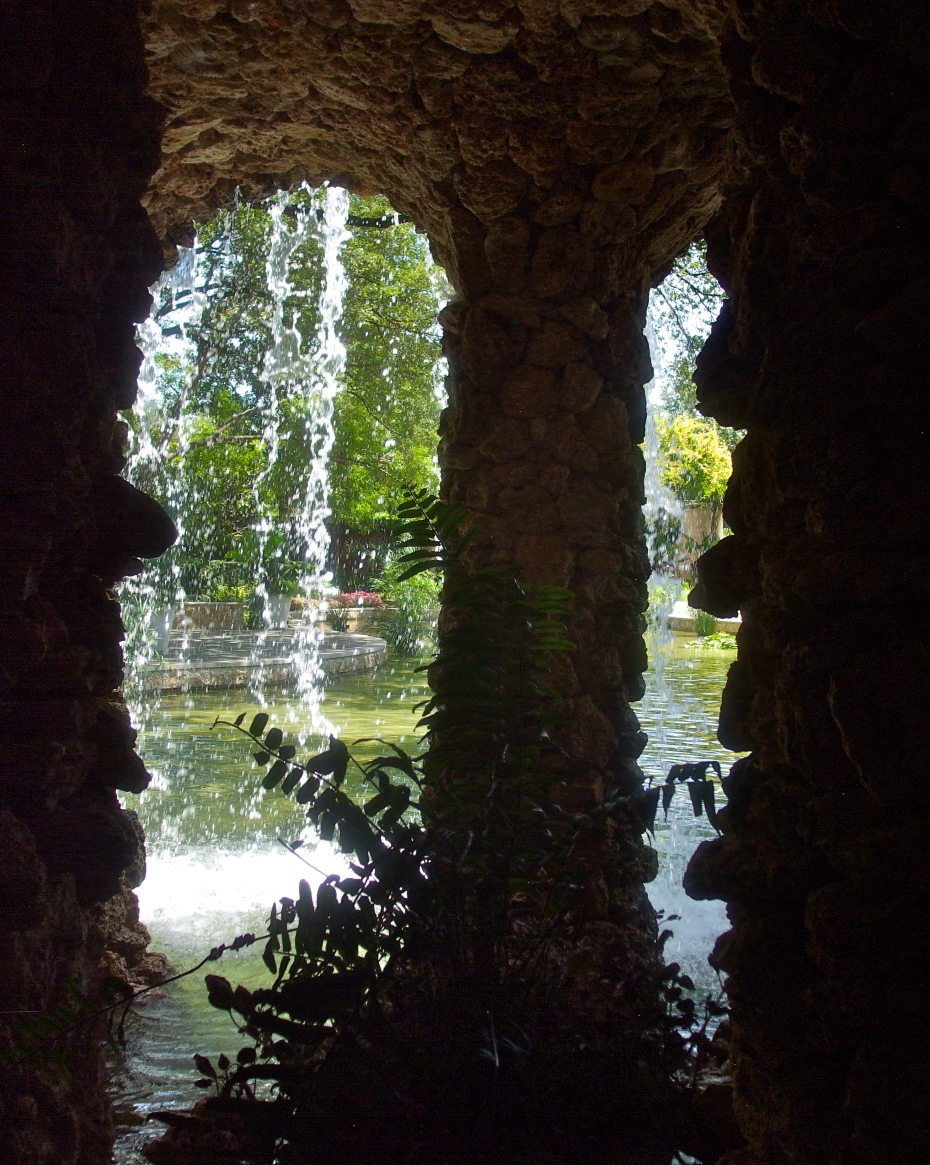 There’s lots of statuary too, and most of it seems to involve nudity or sensual themes. 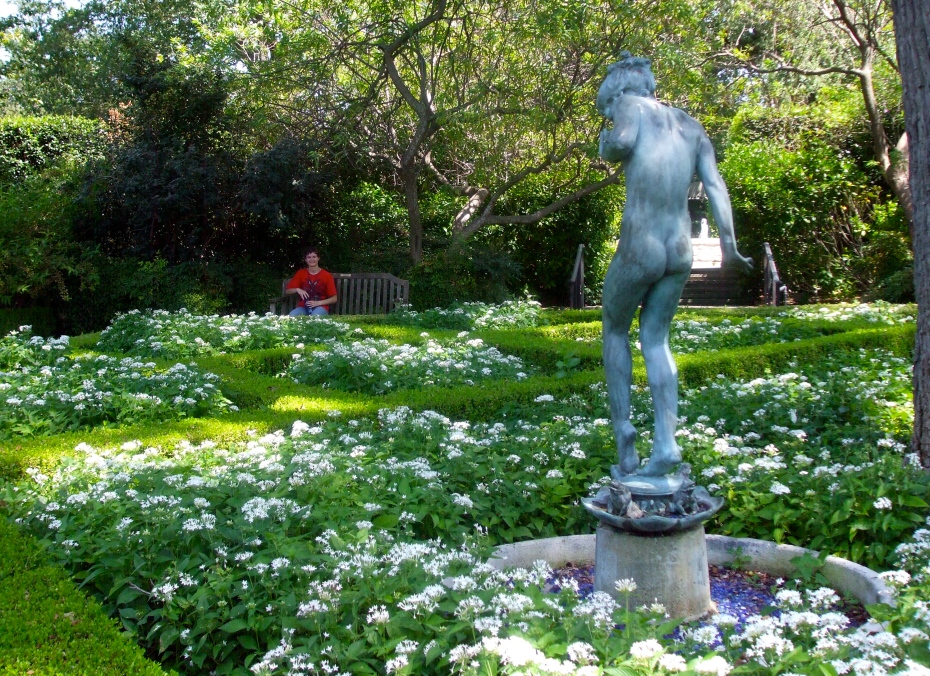 There’s just something about a garden that makes you want to run around naked, I guess.

After we left the Botanical Gardens, we investigated a little spot called Dragon Park that I’d seen mentioned on a website. It really is a tiny little place, but pretty and interesting.

And Monday we took Luke to see Founders’ Plaza for the first time.

And that’s about it for the summer fun. School starts back up in a couple of weeks. As for my job-related adventures…that’s probably a subject for its own post. Which I will write soon. Probably.