These are pictures that don’t quite fit into any particular category. Most of them were just for my own amusement, not for any book or project.

I drew this during one of my annual visits with Dani; I think she was living in Texas at the time:

Tyleet was one of my favorite characters from the comic book series “Elfquest:” 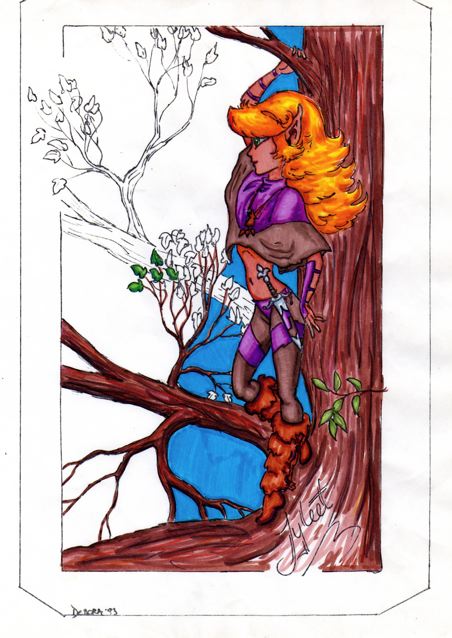 A whimsical “self-portrait,” just for fun:

My horse Stormy, my half-wolf Lakota, and my iguana Khismet all made it into the scene.

I did this one just a few weeks before I met Steve for the first time. Foreshadowing? 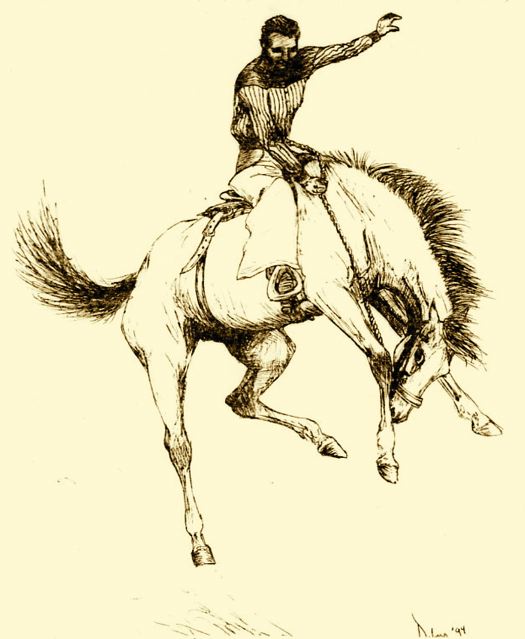 This next one was a paid job…sorta. One of Steve’s friends opened a bar (of course) in Anza called “The Wild Rose Saloon.” It had kareoke and a dance floor and sometimes a band, and that was our hangout on the weekends, for the several months that it stayed open. Steve’s friend’s bar did a hopping business, but he was a little fuzzy on that whole paying-his-bills-and-rent issue. Anyway. Right after it opened I was asked to design a logo, and I came up with this one: 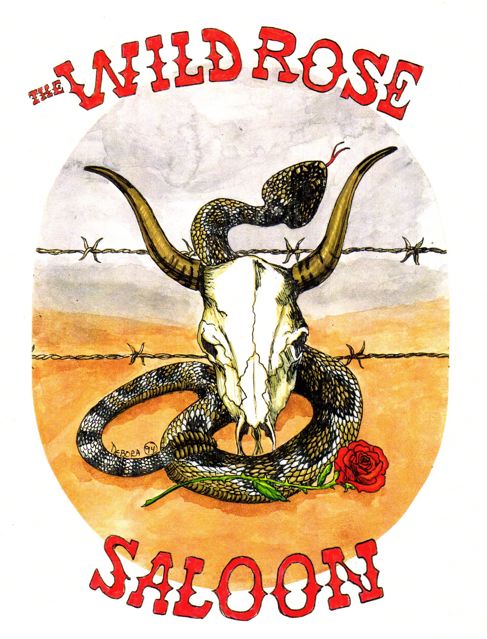 By way of payment Steve and I each got a free tee-shirt with the logo on it. I still have mine.

Here’s one that I did for a friend of my sister who was into gargoyles:

And one of the very few projects I did after Elizabeth was born: 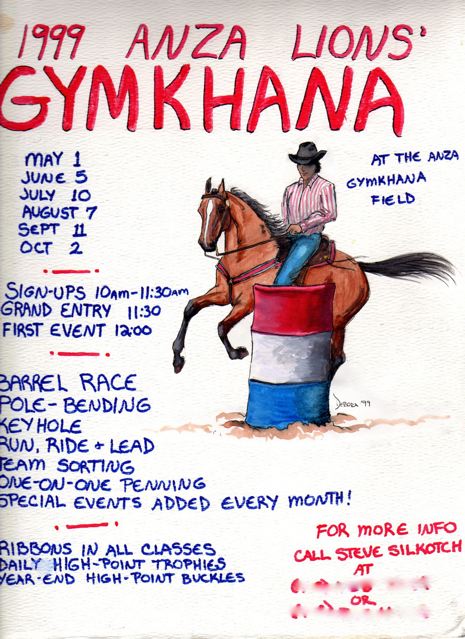 And I think that’s about everything blogworthy from the “Miscellaneous” file.

Wordless Wednesday and Love Thursday are coming up, so I’ll probably get back to the retrospective on Friday.

I wonder how much it would cost to install a skylight in my bedroom and make a little art studio area in there. It’s like one more part of my brain just woke up. That’s been happening quite a lot since the separation.