I know I promised horse portraits today, but I want to share these.

Elizabeth’s room hasn’t had a good cleaning in months…I think it was last spring sometime, pre-separation…and the mess was getting positively epic. So over the past week I’ve been going in there for a few minutes every day while she’s at school, just shoveling trash into a trash bag and toys into toy bins and so on, trying to find the floor.

I did eventually find the floor. I also found a few things that amused me. 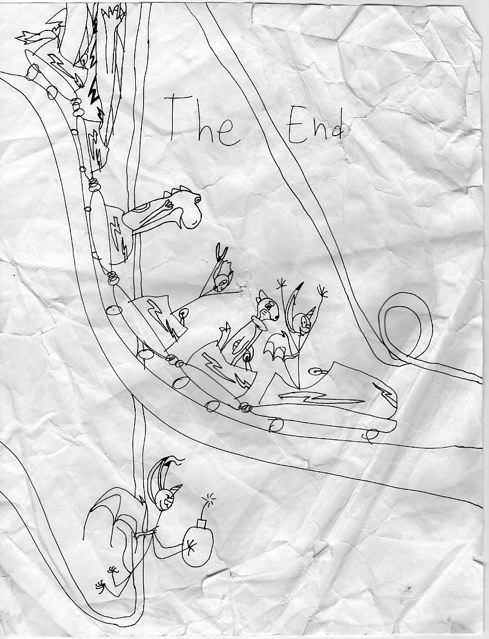 This is a pic that for whatever reason never made it into the book, but I love it! That’s Elizabeth in the front car, Buizel the Pokemon right behind her, Dragonite (her AdventureQuest character) next, Yoshi in the fourth car, then Thorn and Dart (both dragons).

Beneath the track is Prizabeth, Elizabeth’s Evil Twin, up to no good as usual.

Then we have this one… 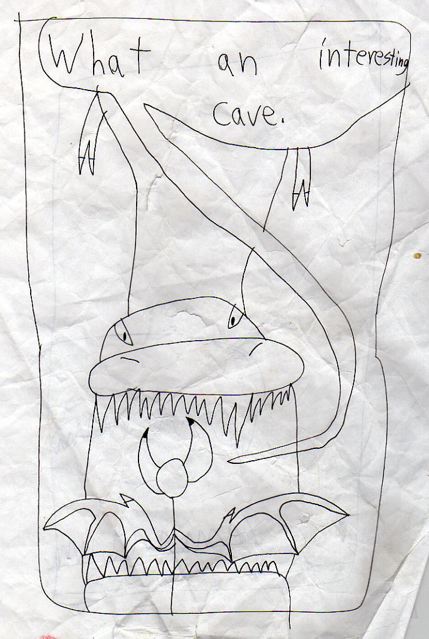 …which speaks for itself.

And then I found this, which just cracked me the heck up: