On our first visit to the Breckenridge Ski Resort on Saturday, we had wanted to ride the “Colorado Super Chair Scenic Chairlift,” which goes up to the Alpine Camp on Peak 8. But the last chair goes up at 3:30 pm, and we didn’t get to it in time. So that was on our list for Sunday. We didn’t have any particular plan for what we would do when we got to the top, until we bought the tickets and they gave us a QR link to a trail map. We took one look at the map and resolved to summit Peak 8.

We got there early in the day, so we had the chairlifts mostly to ourselves.

The Alpine Camp consists of a restaurant called the Vista Haus, the Epic Discovery Fun Park with ziplines and other activities, and a wealth of trailheads for exploring the local peaks and forests.

The first part of the summit trail is actually a service road. It’s steep, but broad and smooth.

The views are wonderful all the way up. 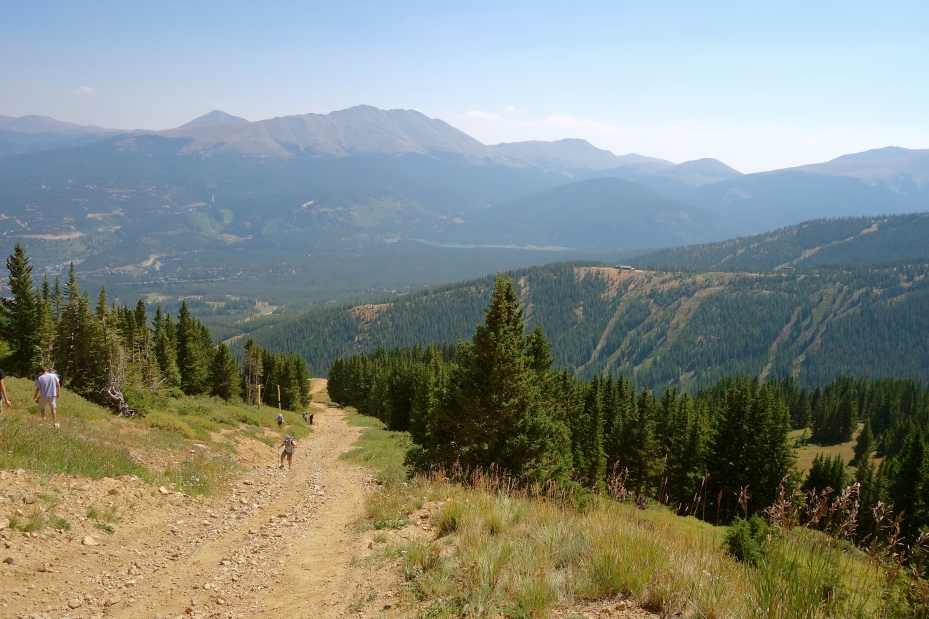 The service road ends at a little ranger lookout station. From there the trail is narrow and much steeper. 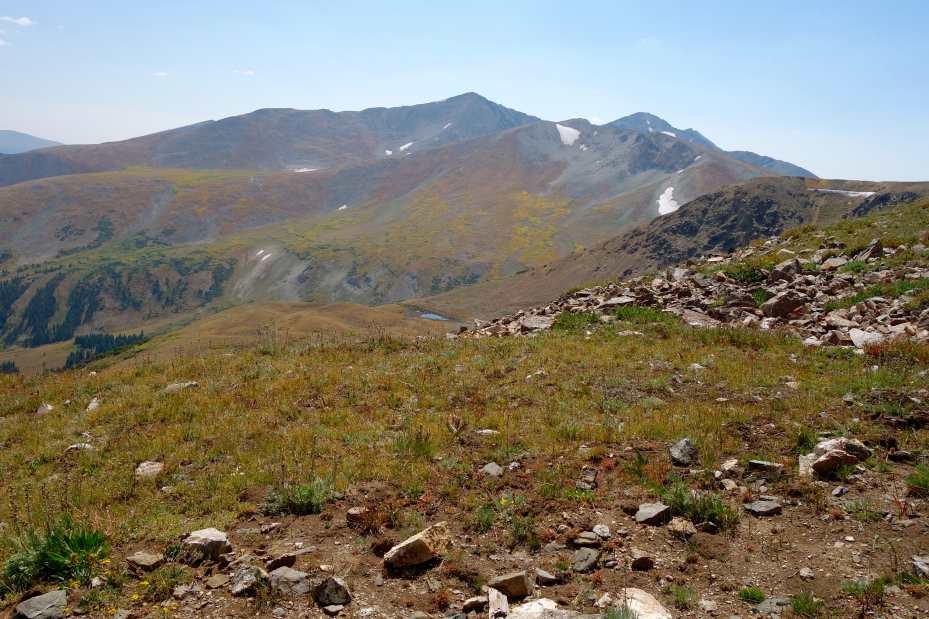 We had agreed that we would head back down at 2pm whether we had reached the summit or not, to ensure that we didn’t miss the last chairlift at 3:30. At one point I realized that I might not make the summit in time. Elizabeth wasn’t struggling at all and I didn’t want to slow her down, so I told her to go ahead and claim the peak for the honor of the Silkotch name. She was like, “Okay, see ya.” 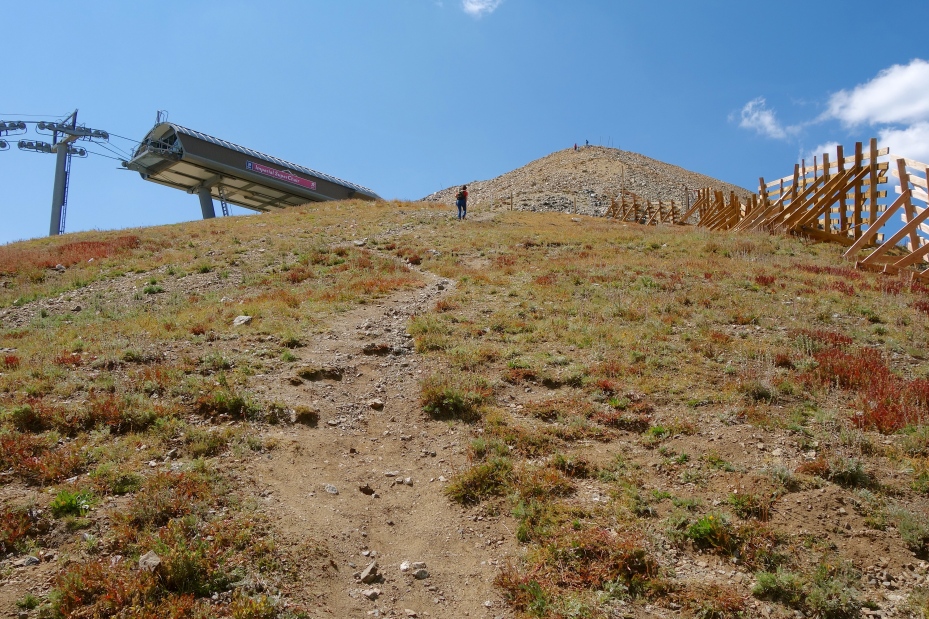 That structure she’s climbing past is an out-of-service ski lift, the Imperial Express. According to the signs it’s the highest ski lift in North America.

I kept chugging along…

…and actually did make it to the summit! 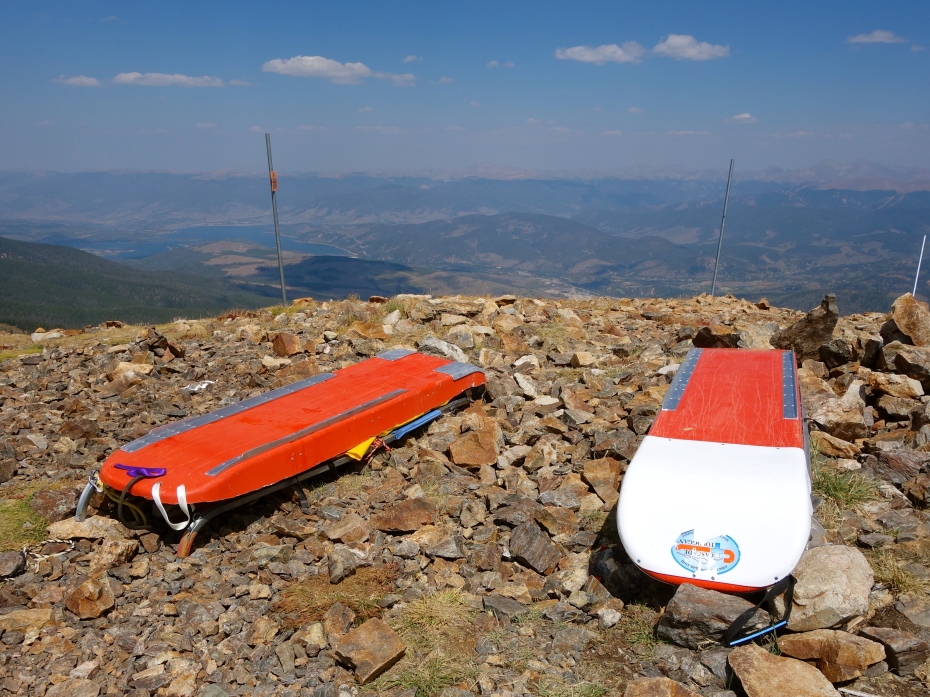 Elizabeth found a geocache box that had been converted to a visitor log. We both signed it.

The views were hazy from all the wildfires, but still phenomenal. 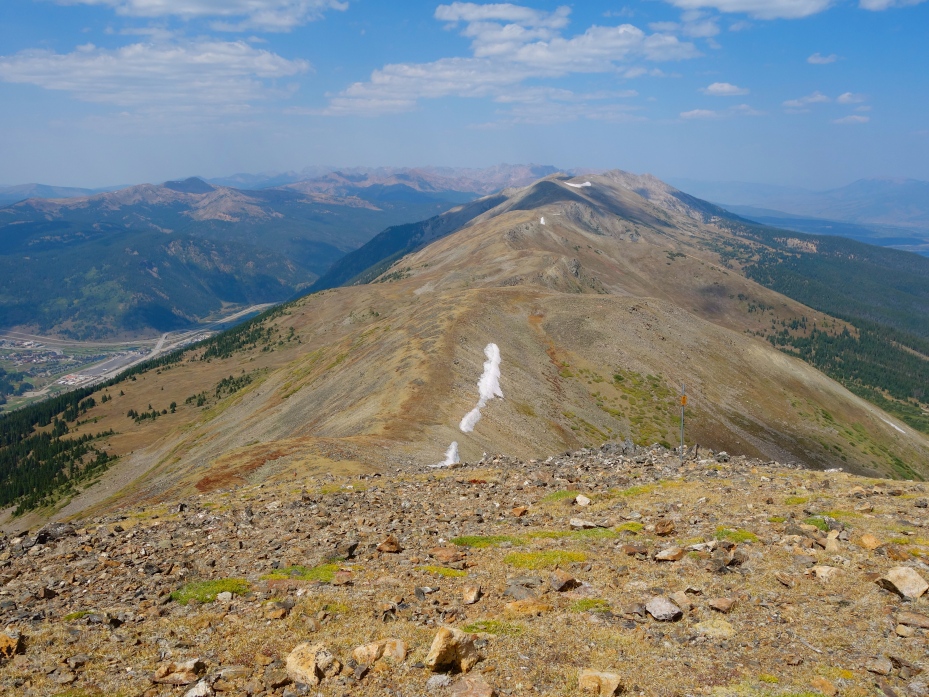 The lake in the distance is the Dillon Reservoir, the one we had stopped to admire on the drive up. 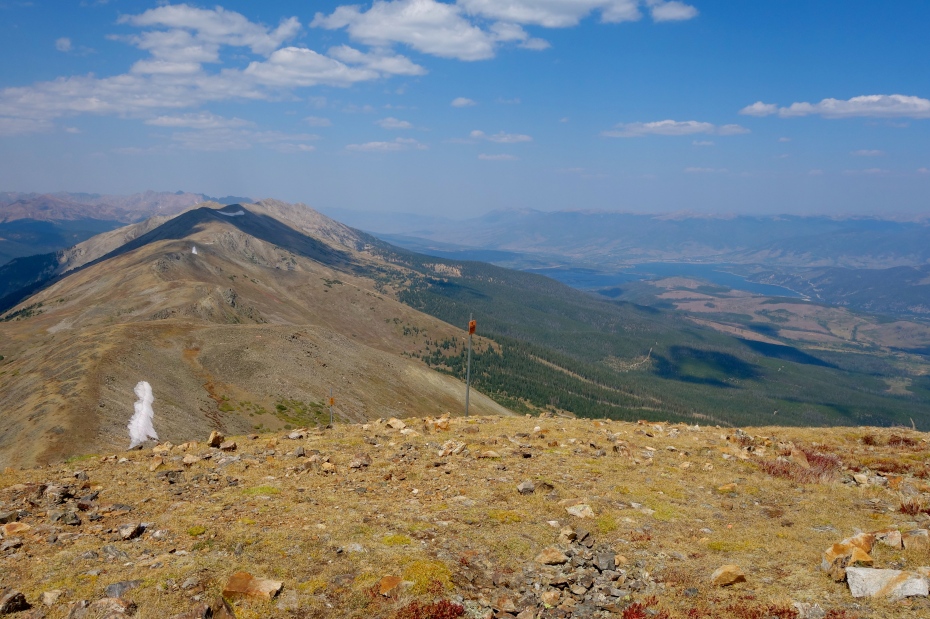 We chilled at the top for a while and then started down at about ten minutes to two.

We stopped at the ski lift station to snap a pic…

…and spotted a couple of ptarmigans! Another wildlife first for us.

We continued down and made it back to the Super Chair in plenty of time.

We felt like we had walked enough for one day, and decided to beat the traffic rush back to Denver.

Breckenridge has won our hearts. We’ll be back for sure.

After Elizabeth and I broke camp Sunday morning we drove back to the public parking lot next to the gondola station. Our plan was to explore downtown Breckenridge on foot and then do some hiking up in the local mountains.

Breckenridge is a beautiful little town with an Old West Gold Rush aesthetic. Not in a dusty or faded or ghost-towny way, but fresh and colorful and vibrant. Elizabeth and I stepped into one charming little shop, bought a couple of pretty (and pricey) trinkets, and didn’t step into any more shops for fear of spending all of our money.

See that mountaintop in the next pic? That’s Peak 8, locally known as Imperial Peak, elevation 12,998′. A few hours after I snapped this pic, Elizabeth and I were standing on its summit.

Breckenridge is full of art, and parks, and parks full of art. Much of downtown is closed to car traffic now to make more room for pedestrians to socially distance. 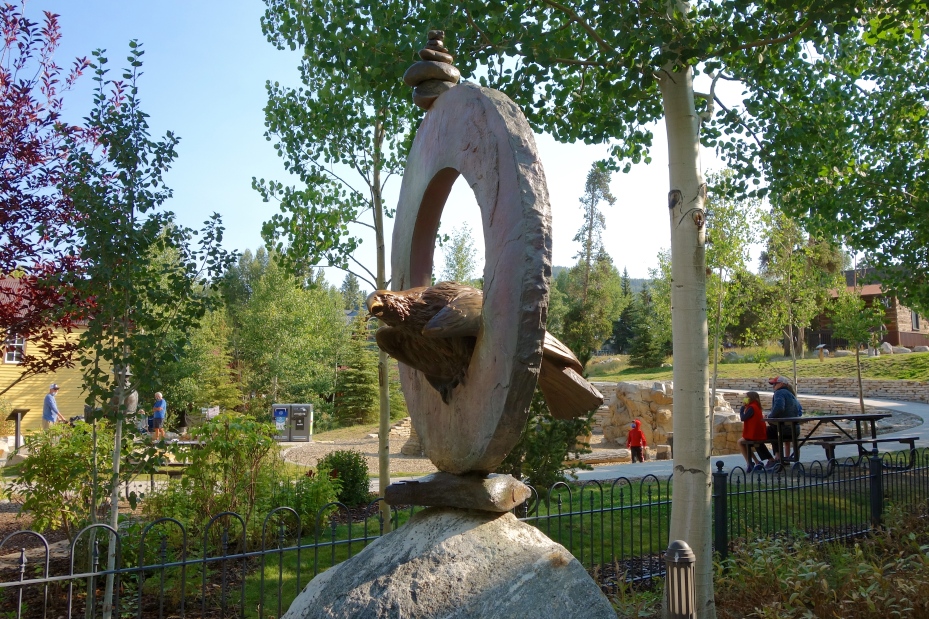 We walked up Main St, and then returned to the parking lot via the Riverwalk Trail. 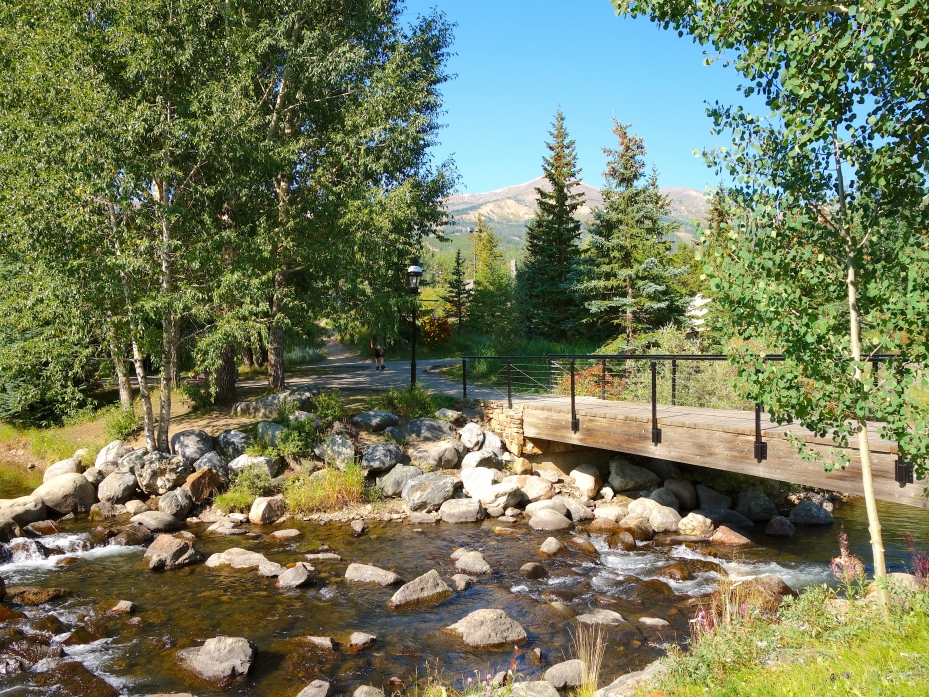 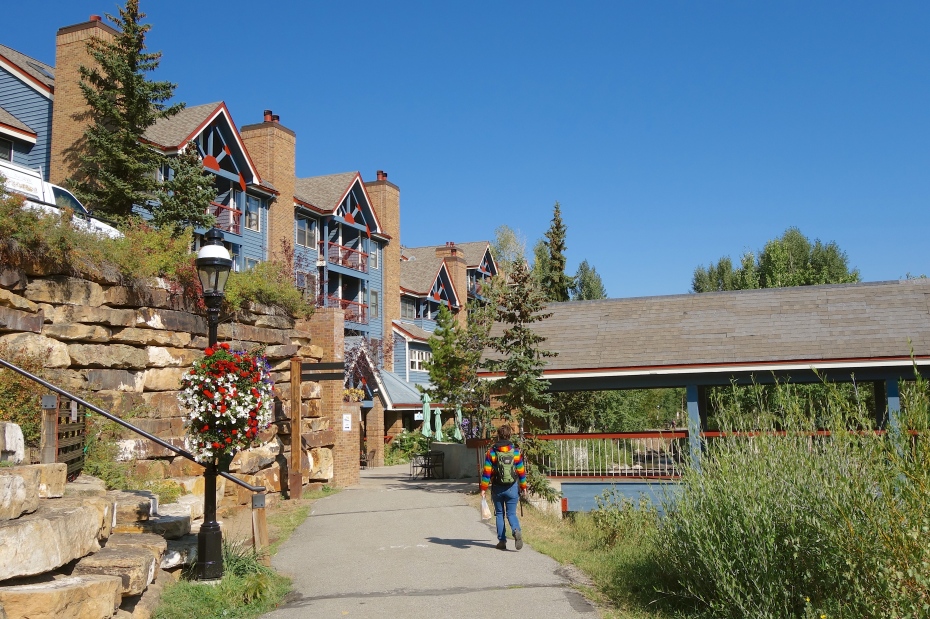 And then we climbed a mountain!