My blog hibernates during DFW winters. There’s not much here that inspires me to reach for my camera during the bleak gray months, although I did get a few nice shots this year at the place where I board Mahogany. 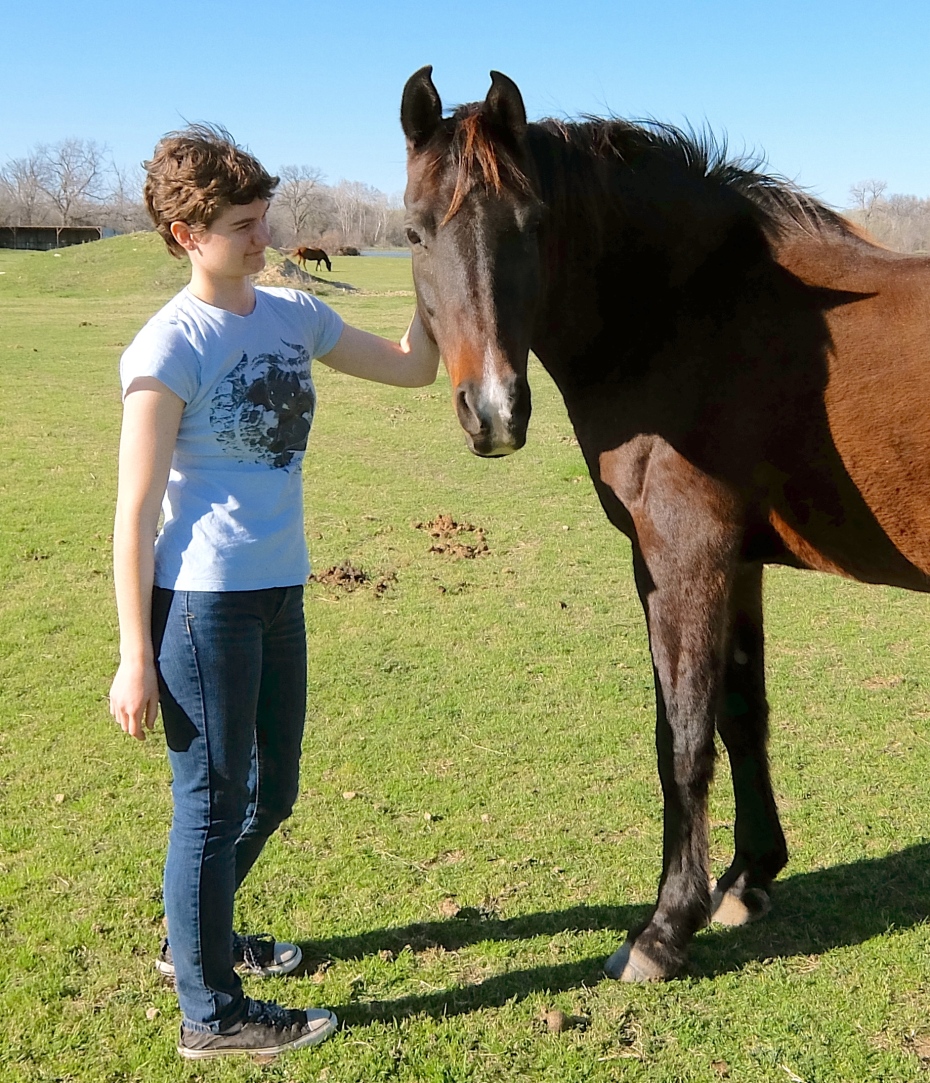 I’ve been less and less satisfied with the performance of my aging camera, so I finally picked up a new one earlier this month. The dreary winter landscapes didn’t offer much worth aiming it at until Elizabeth’s bff flew out from California to spend spring break with us. She arrived on a Saturday night and left a week later on a Saturday morning: a week of gorgeous spring weather bookended by chilly drizzles. I had Tuesday and Thursday off work that week, so we crammed all of the sightseeing we could manage into those two days.

Our Tuesday morning began at the Fort Worth Botanic Gardens. I’m still getting the hang of my new camera; my old one excelled at outdoor shots and struggled in indoor settings, while the new one seems to do just the opposite. I do love the way the new one captures the luminous quality of sunlight. 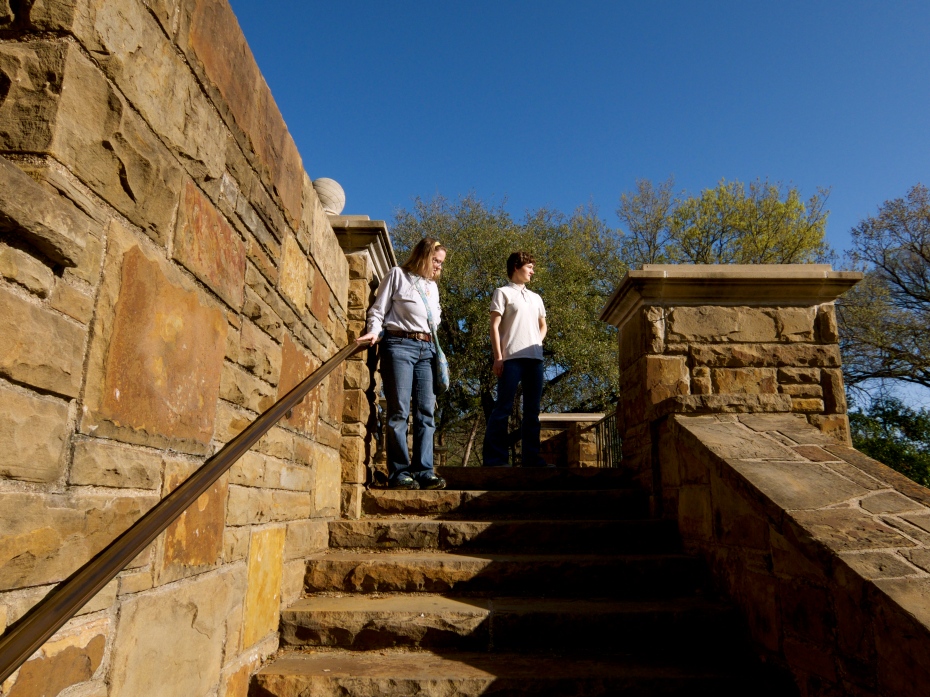 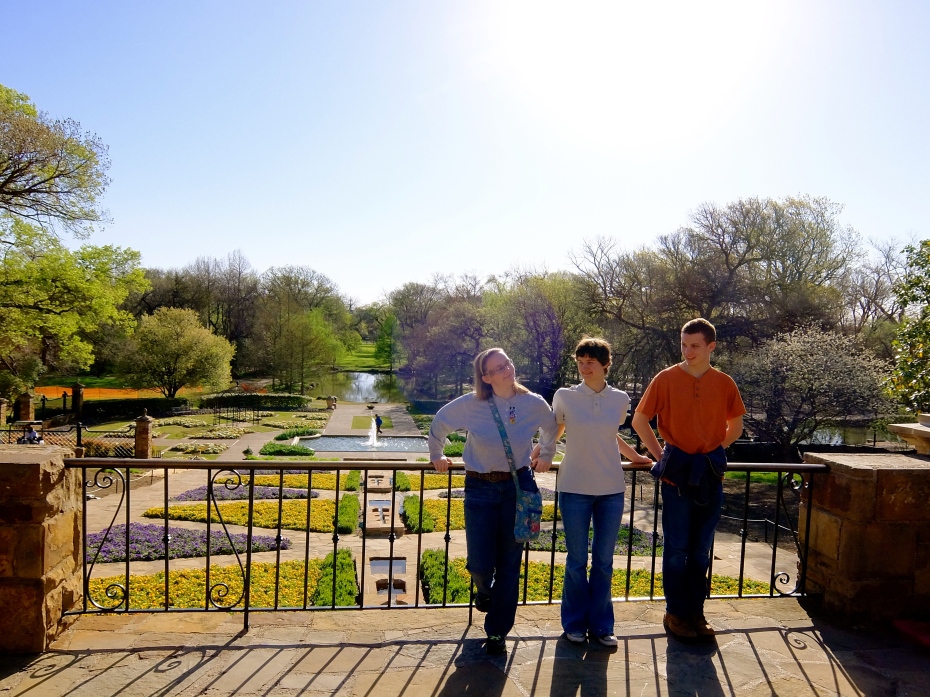 The weather couldn’t have been nicer. Mid-80s and sunny, with a light breeze that smelled like spring. 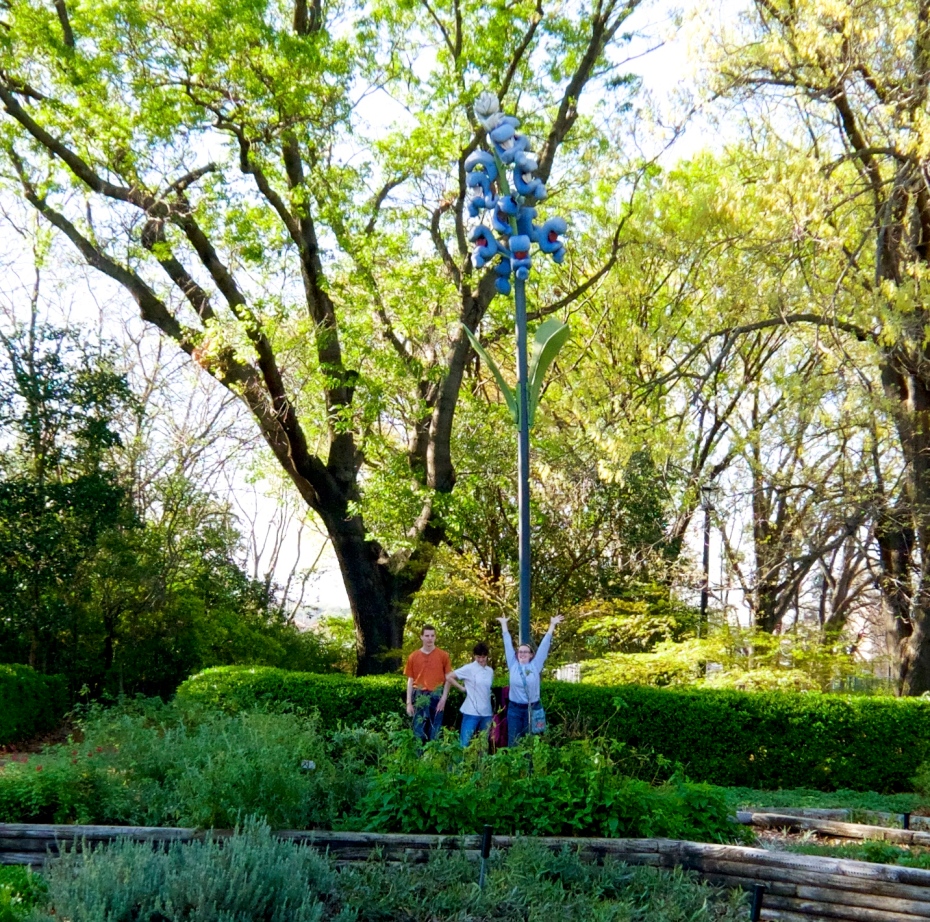 Of course the Japanese Garden was the highlight of the day. 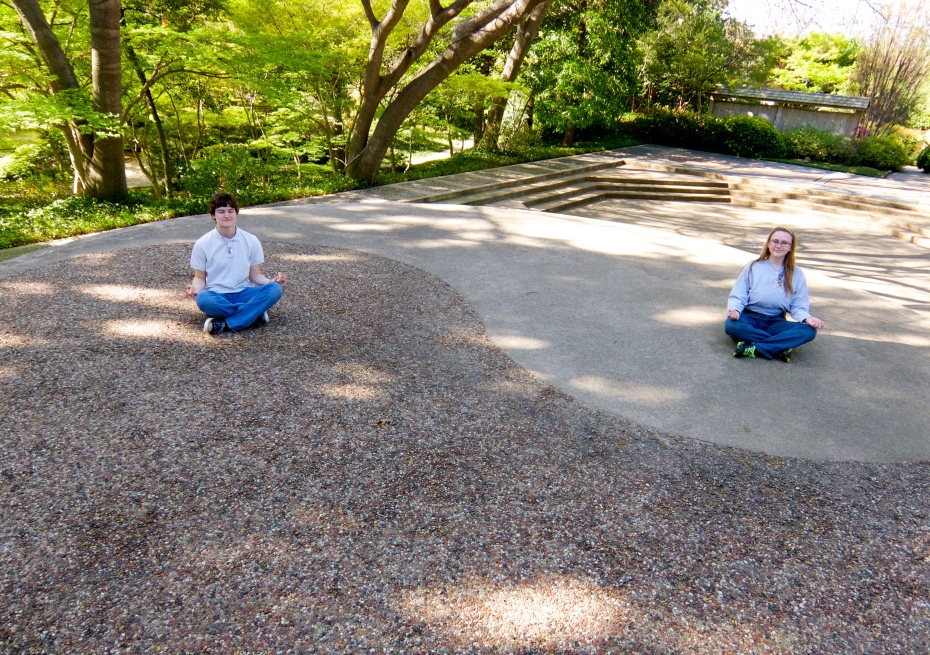 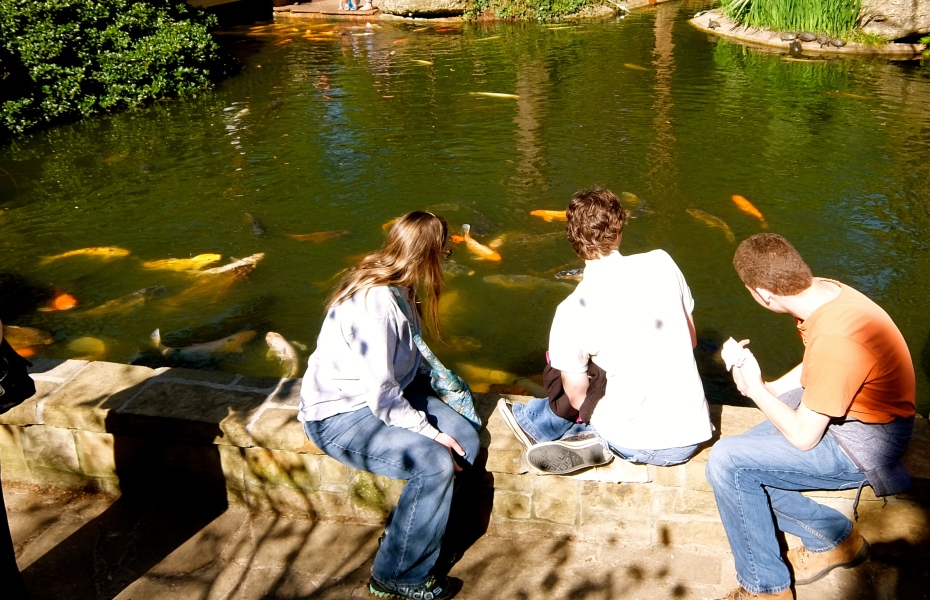 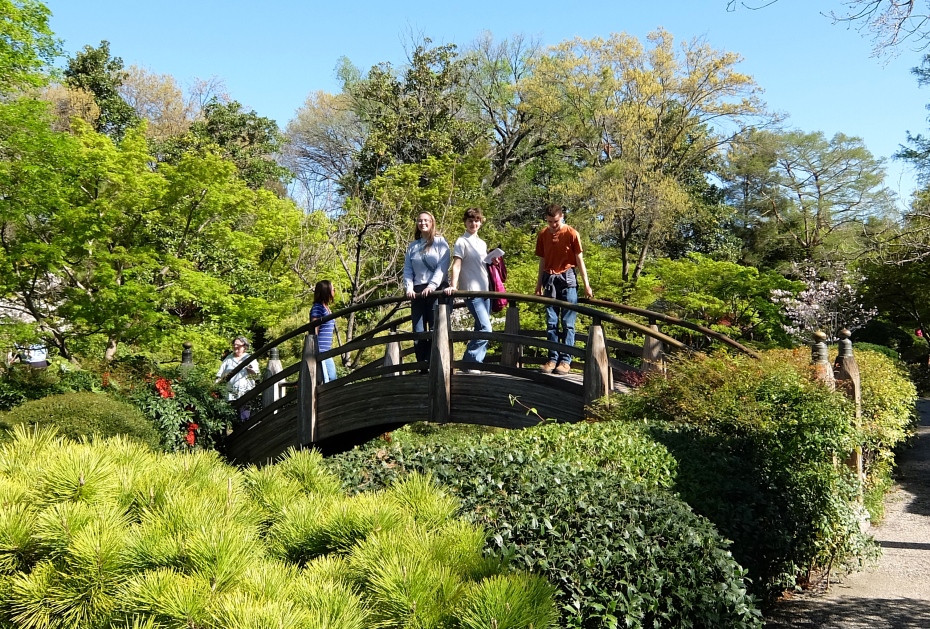 After the Botanic Gardens, we headed downtown to the Water Gardens. 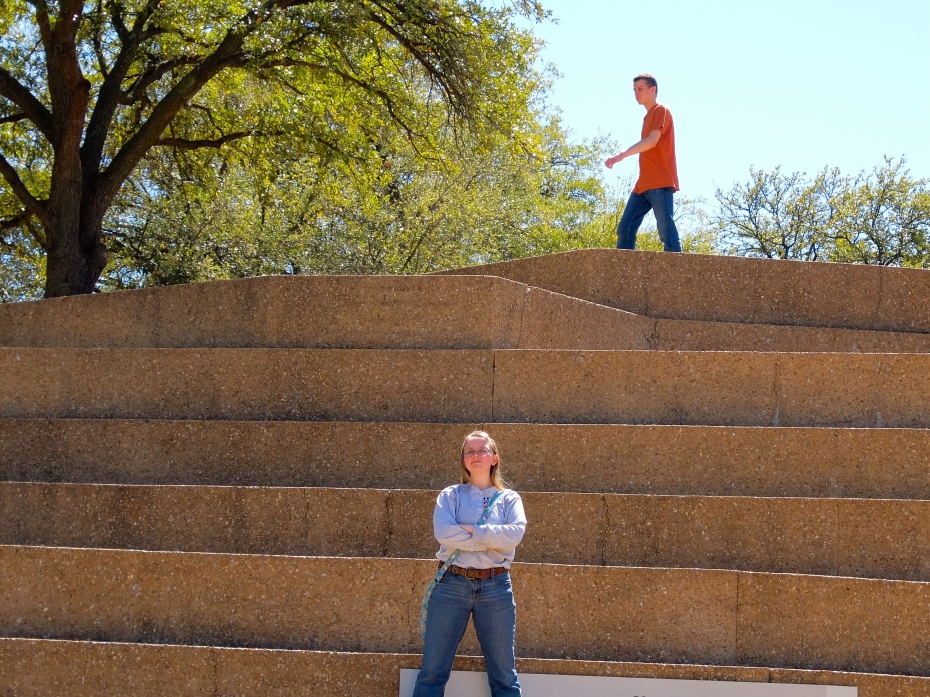 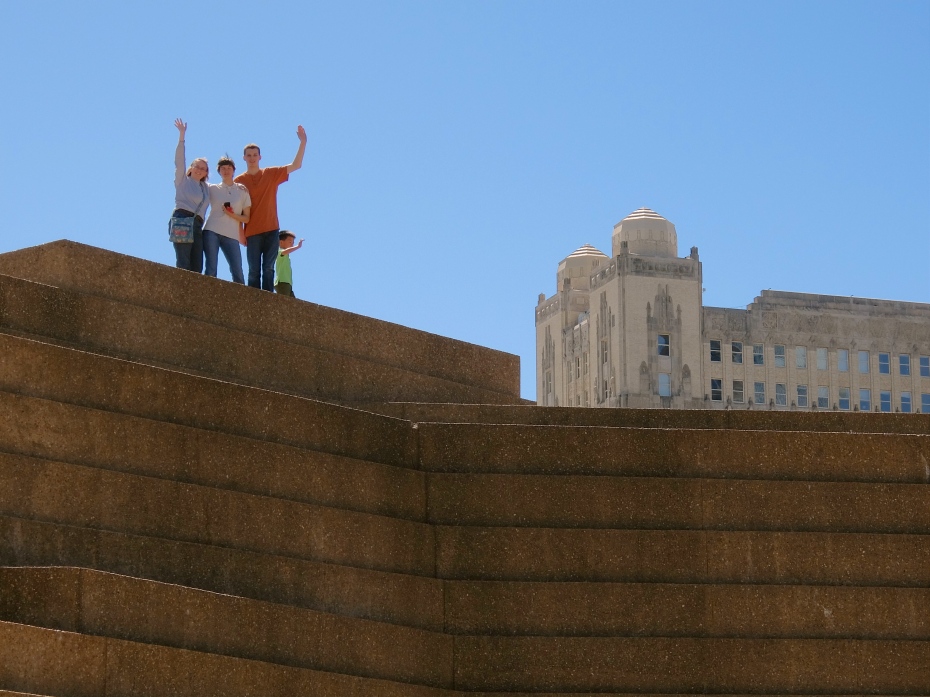 And from there we went to the Stockyards.

Saunders Park is still my favorite little hidden gem of the area. 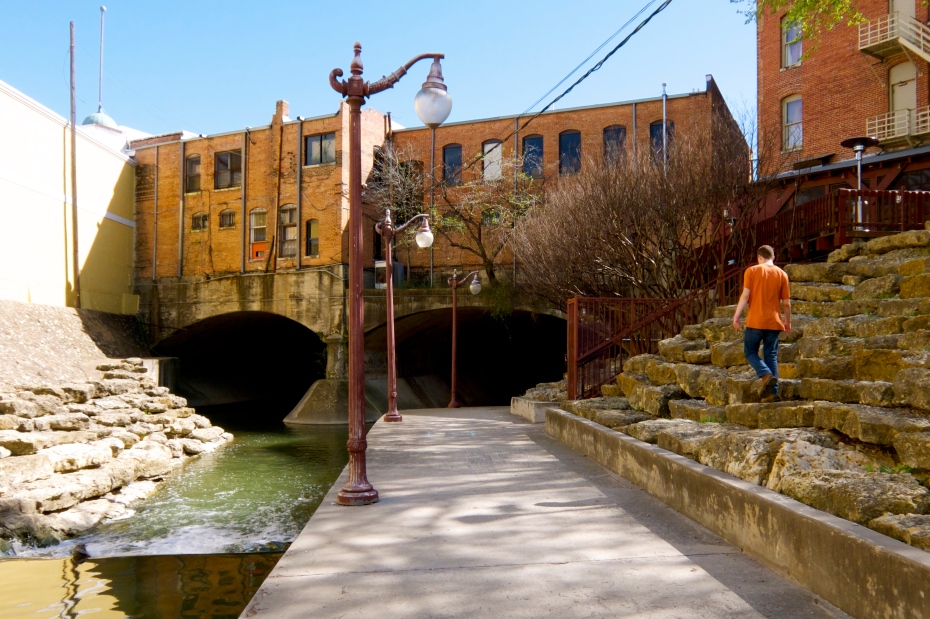 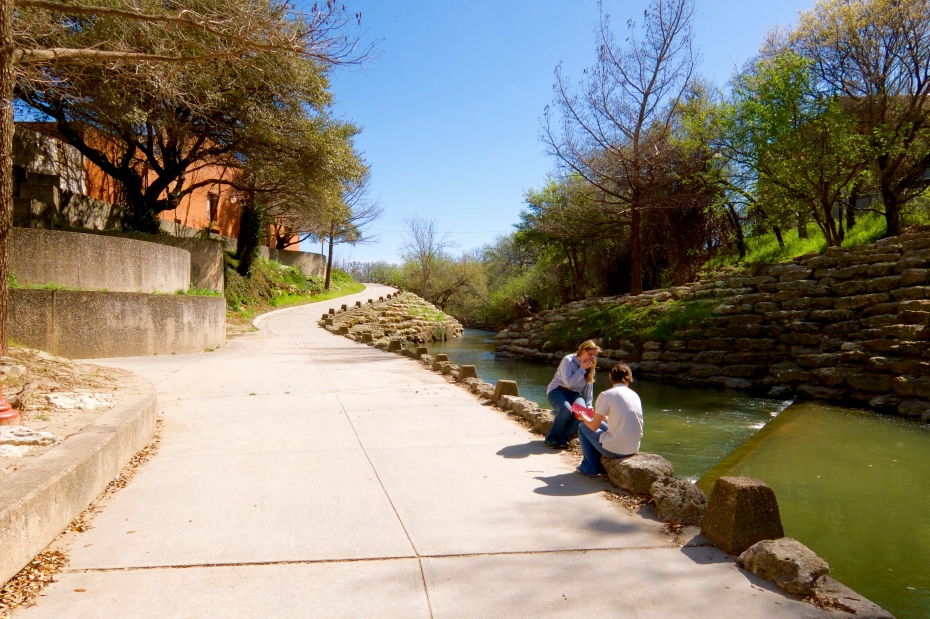 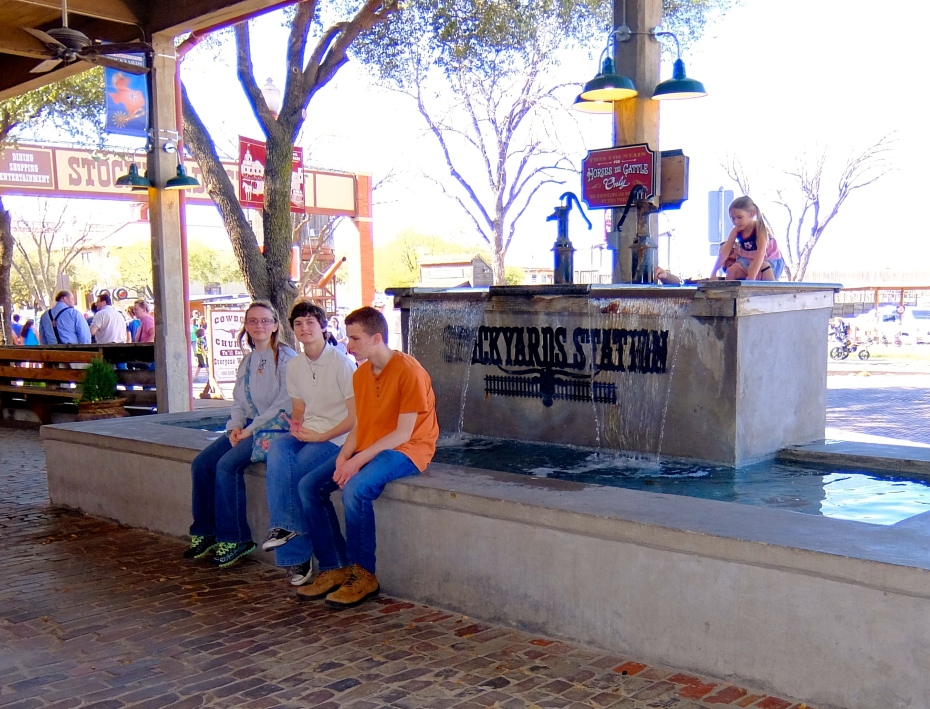 Next: Thursday in Arlington.

No school today, so the kids and I decided to visit the Fort Worth Botanic Gardens. It’s the first time we’ve ventured back into downtown Fort Worth since Luke’s birthday trip to the Science Museum, mostly because I am intimidated by the DFW freeway system.

When I first moved here I said that if I ever mastered these freeways I would never fear any kind of city driving ever again. Now, seven weeks later, it’s more accurate to say that I’ve gotten really good at NOT using the freeways. I know all the ways to get where I need to go without ever touching an onramp. It’s sheer cowardice, but I’m okay with that. 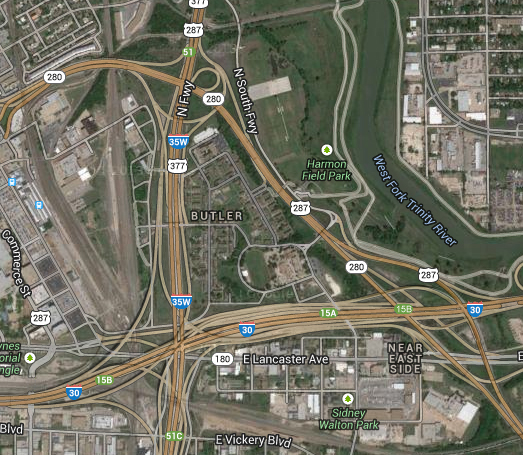 I come from a town with one highway and no stoplights. Even driving to LA or San Diego was a fairly straightforward (albeit slow and crowded) business. This snarl of Metroplex freeways is alien to me.

But today we girded our loins and headed back into the heart of the city. And it was totally worth it, because the Botanic Gardens are amazing. 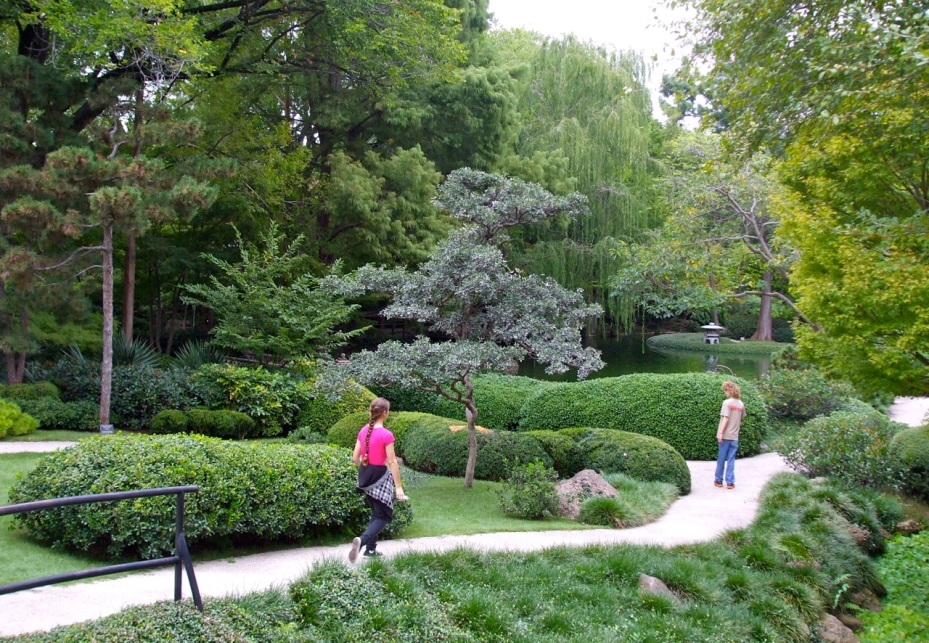 If you ever visit the Fort Worth Botanic Gardens and you wonder whether it’s worth paying extra to see the Japanese Garden, the answer is yes.

All of the gardens are beautiful, but the Japanese Garden is stunning. 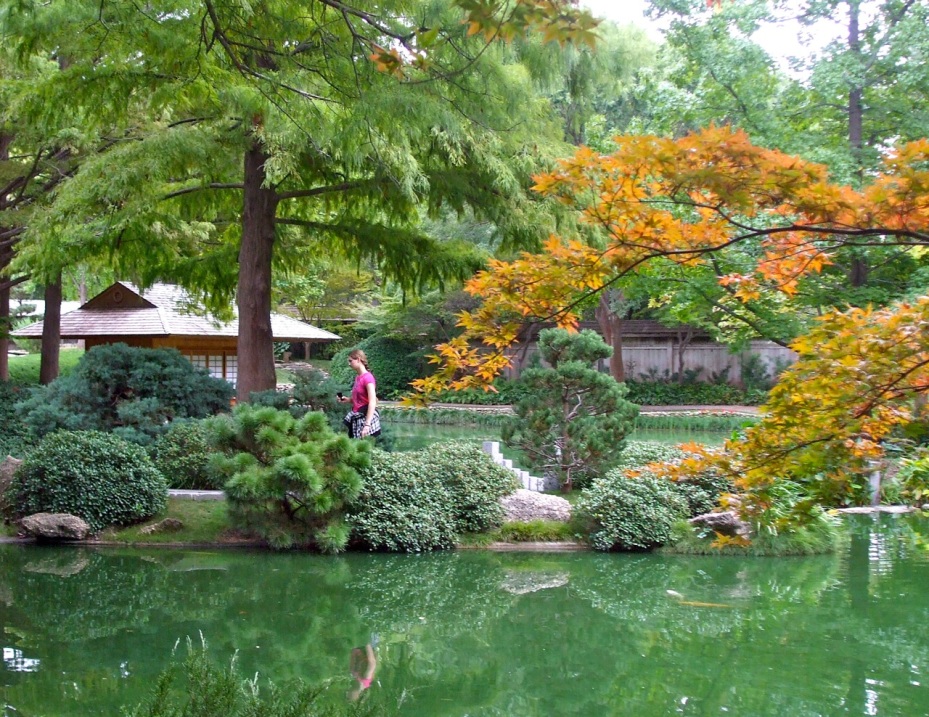 There are koi food dispensers along the paths, and whenever you get near the water a galloping horde of hopeful koi appears. 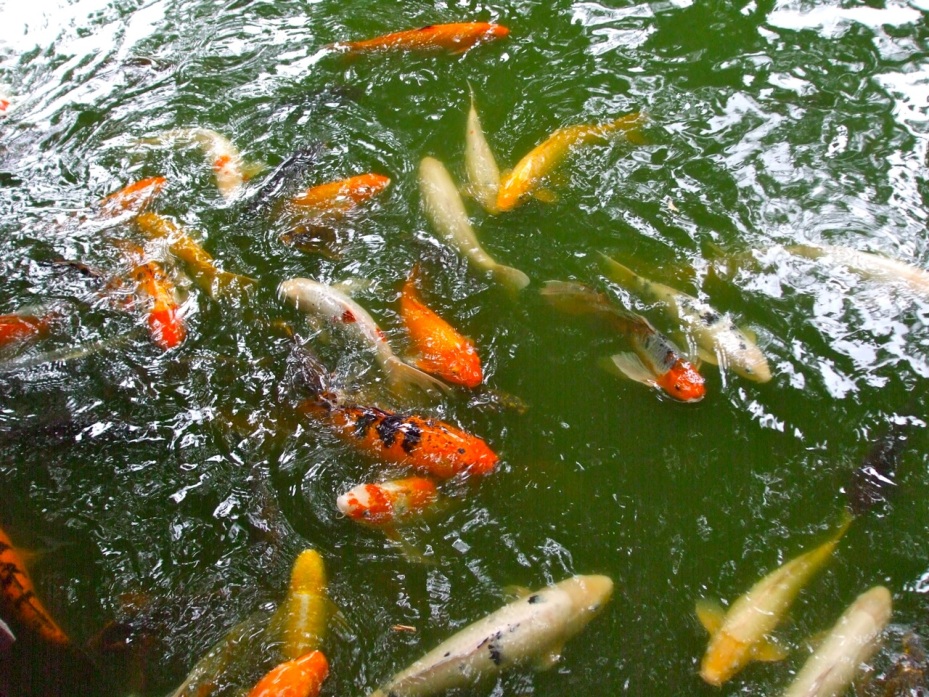 The Japanese Garden was our favorite, but all of the gardens are worth visiting.

I found this near the Conservatory. I think it’s a pretty good arboreal representation of the DFW freeway system:

When we had seen everything there is to see at the Botanic Gardens we still had a good chunk of afternoon left, so we decided to go check out the Water Gardens.

The Water Gardens are kind of surreal. They’re designed to resemble a wilderness of canyons, mountains, lakes and rivers, represented in stark, geometric lines. 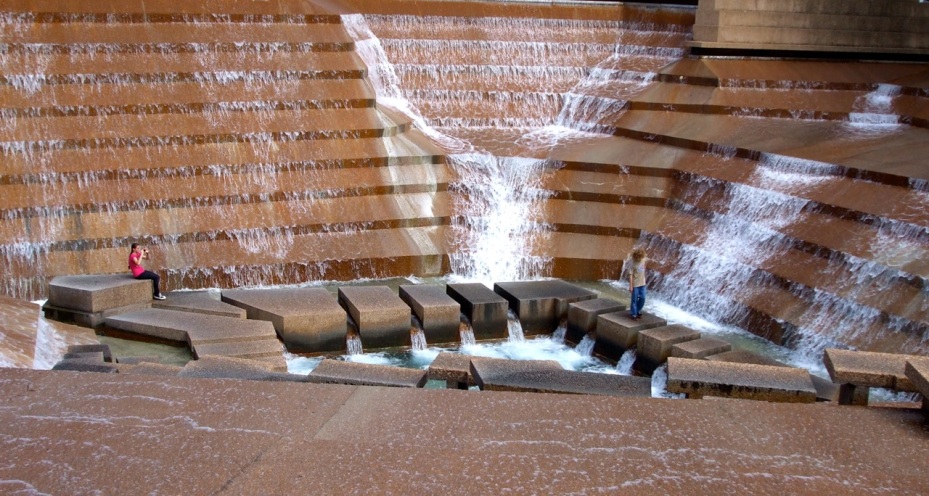 The active pool is energetic and exciting. 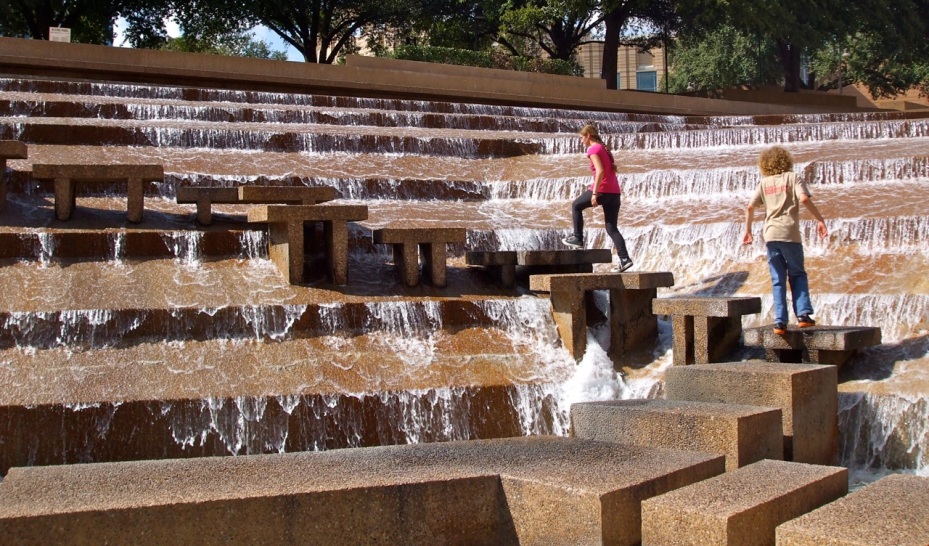 The quiet pool evokes a sense of standing in a wooded canyon near a serene lake.

The aerated pool was the least interesting to us. I get what they were going for, but it didn’t really speak to us like the others did.

Got mildly lost on the way home, trying to navigate my Apple Maps directions in reverse. By then I was in too good a mood to be bothered by it, though. Eventually I will master these freeways, because the alternative is missing out on too many of the incredible things that the Metroplex has to offer.

I freaking love this place.