Sunday in the City

Luke spent his six weeks of summer in Anza. While he was gone, Elizabeth and I checked out a miniature railroad in Forth Worth that offers rides along the Trinity River from Forest Park to Trinity Park and back. The trains weren’t running the day we went, so we walked the track on foot. I included a few pics from that walk in my last post.

Luke’s return flight was delayed two hours by Texas thunderstorms. Elizabeth and I passed part of the time by walking to the top of the airport terminal parking garage, where I climbed a wall and got a nice shot of several layers of airport roadways/tramways/parking.

Luke returned on a Saturday night, and by remarkable good luck I had Sunday and Monday off. For Sunday we planned an excursion to Fort Worth. Our first stop was the miniature railroad. 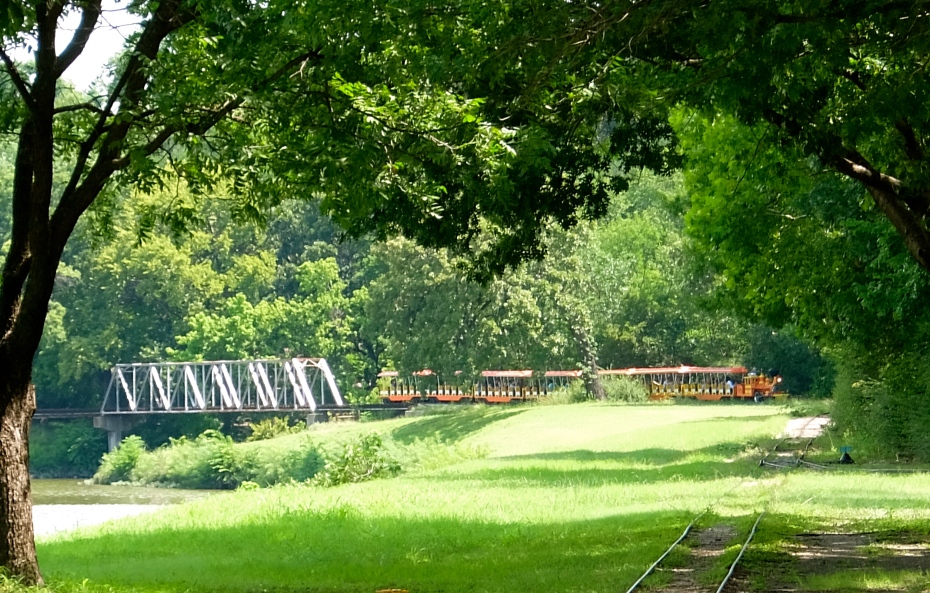 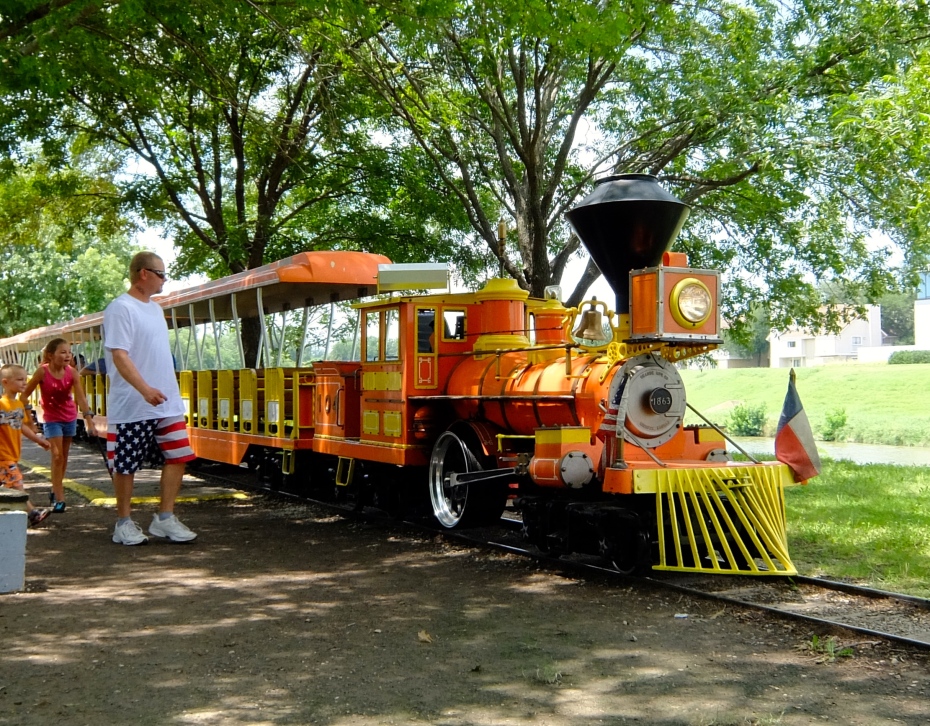 The views are nice along the route and there was a cool breeze blowing off the Trinity. 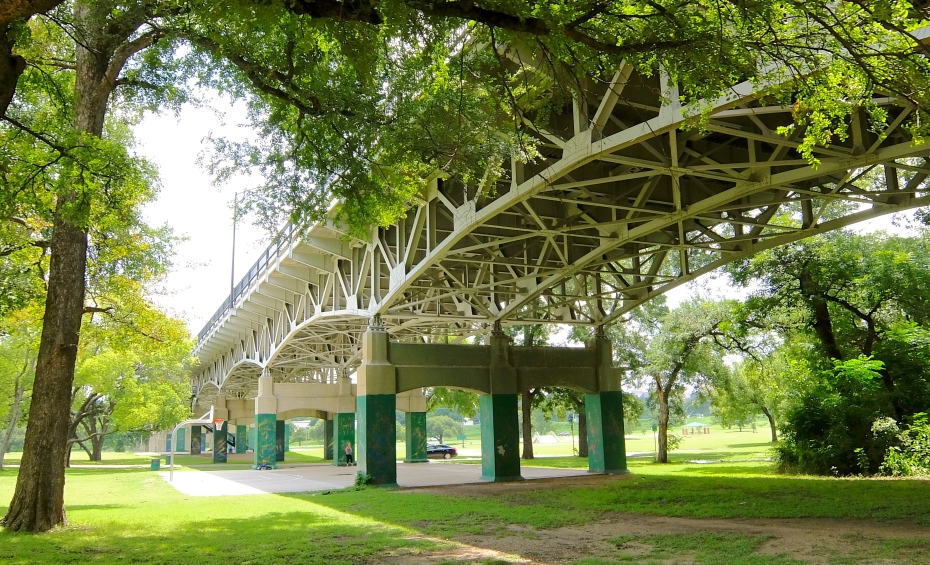 We had planned to have lunch at Carshon’s Deli (best pastrami on rye in the Metroplex, hands down), but it turns out that they’re closed on Sundays. (!) Our next stop took us back past the Botanic Gardens, so we decided to have lunch at The Gardens. That’s the actual name of a little restaurant there that has its own little kitchen garden out back and specializes in fresh ingredients. Apparently it also has an all-you-can-eat brunch buffet on Sundays, so that was a pleasant surprise.

After we ate, I saw this majestic little fellow harvesting acorns in a low branch just above my head. 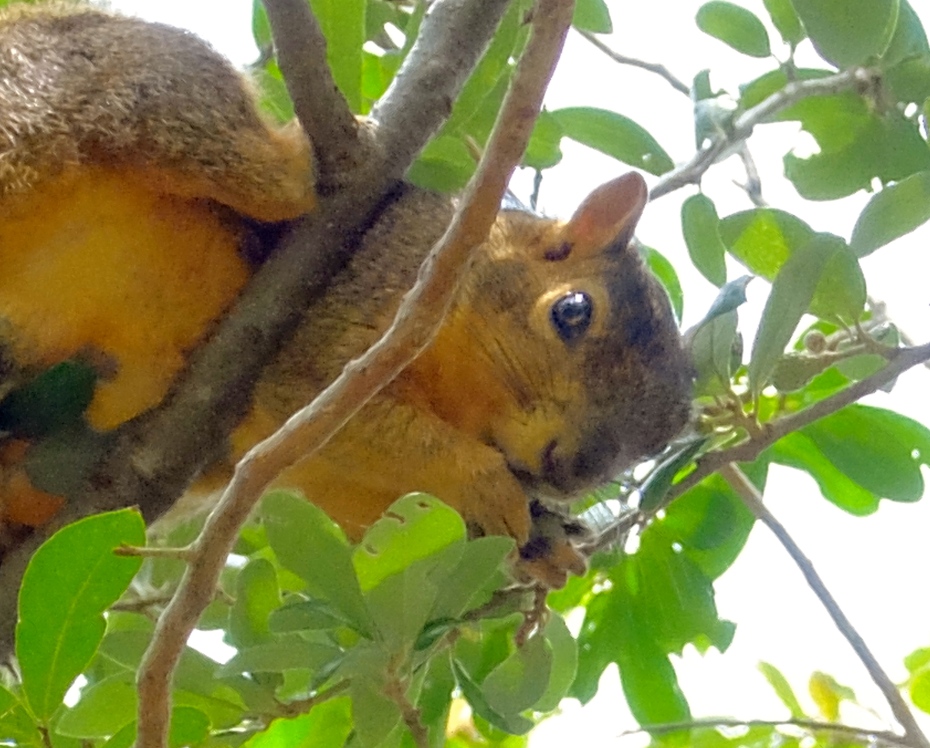 We hadn’t been to any of the art museums in Fort Worth yet, so we decided that Sunday was the day for the Kimball, which I enjoyed… 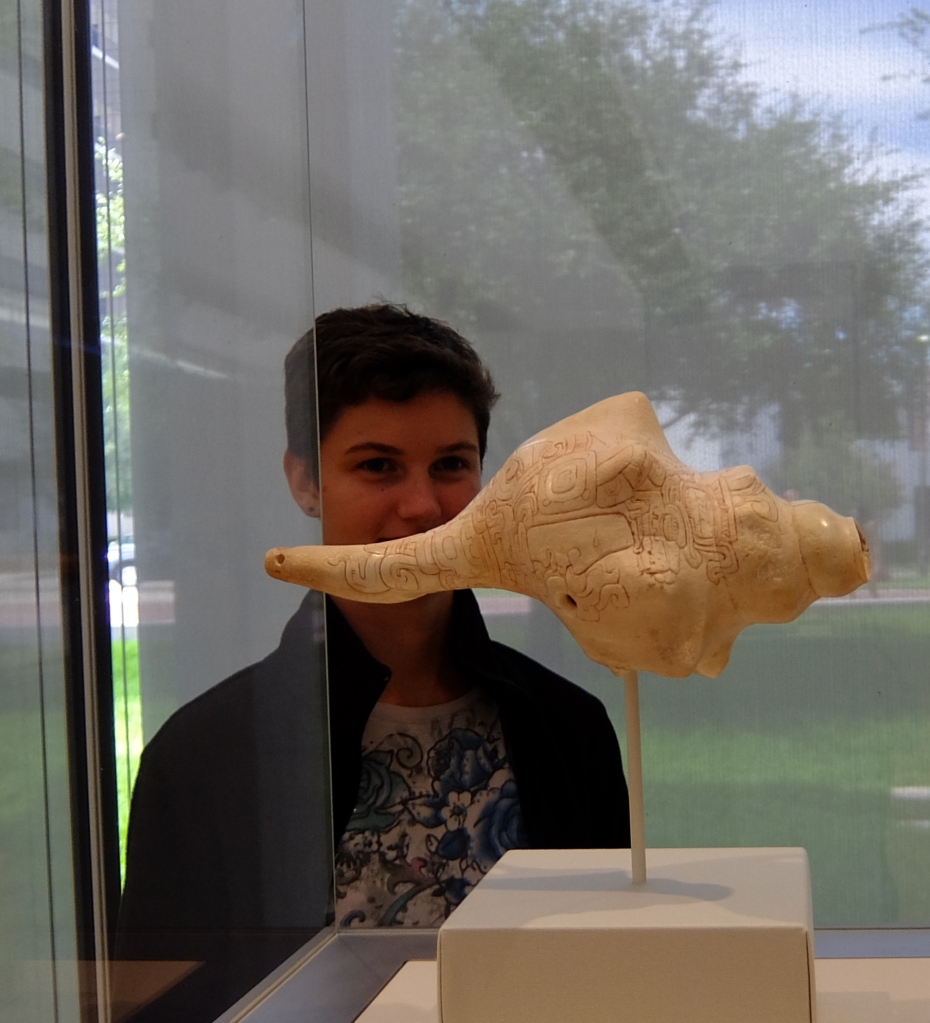 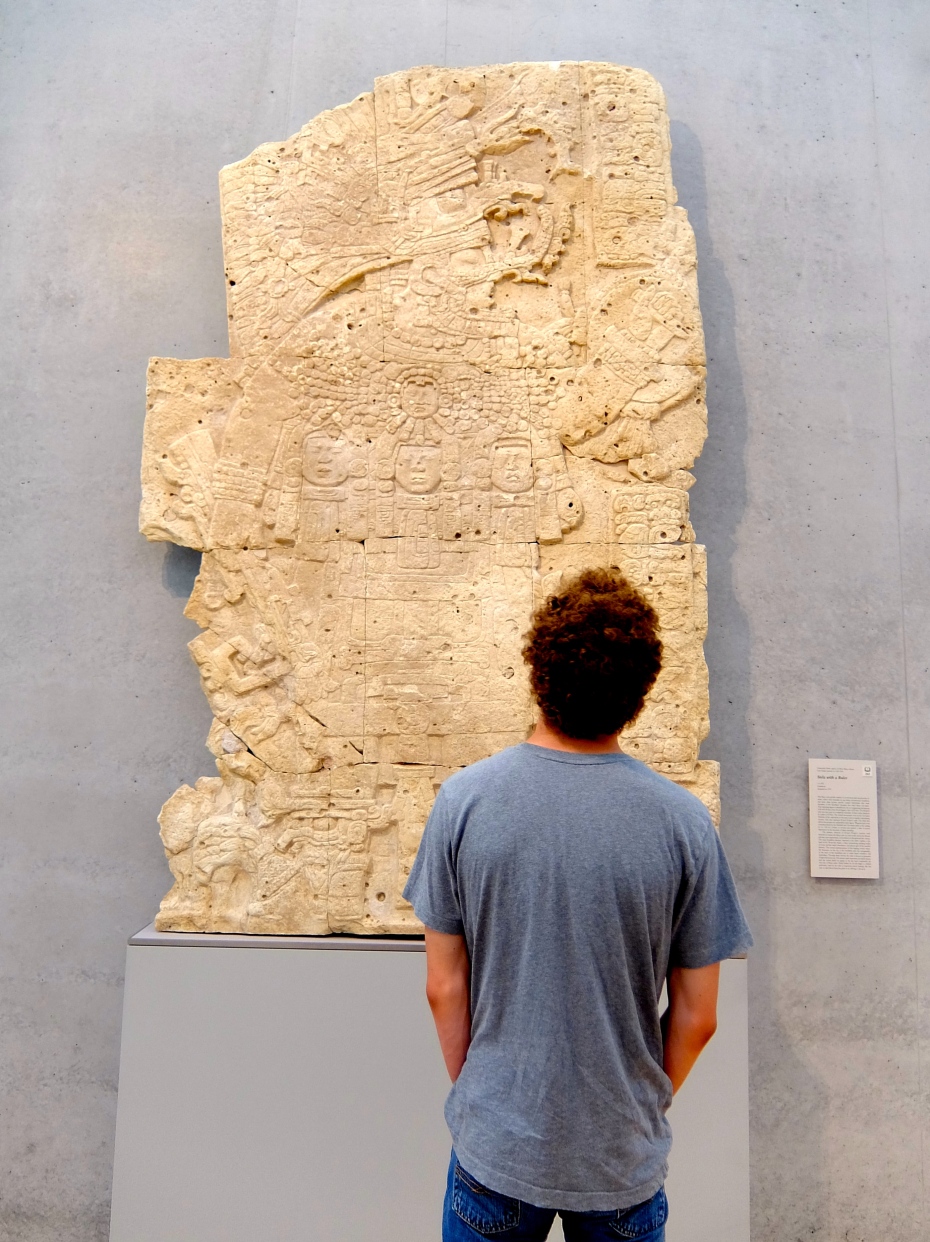 and the Modern, which mostly made me feel like I don’t understand modern art. 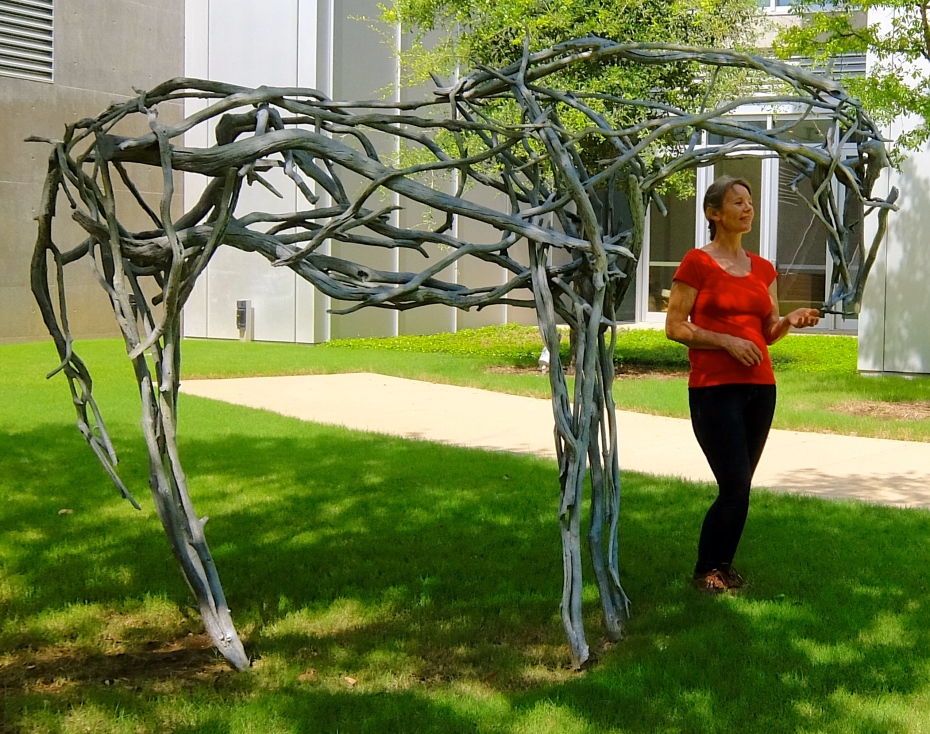 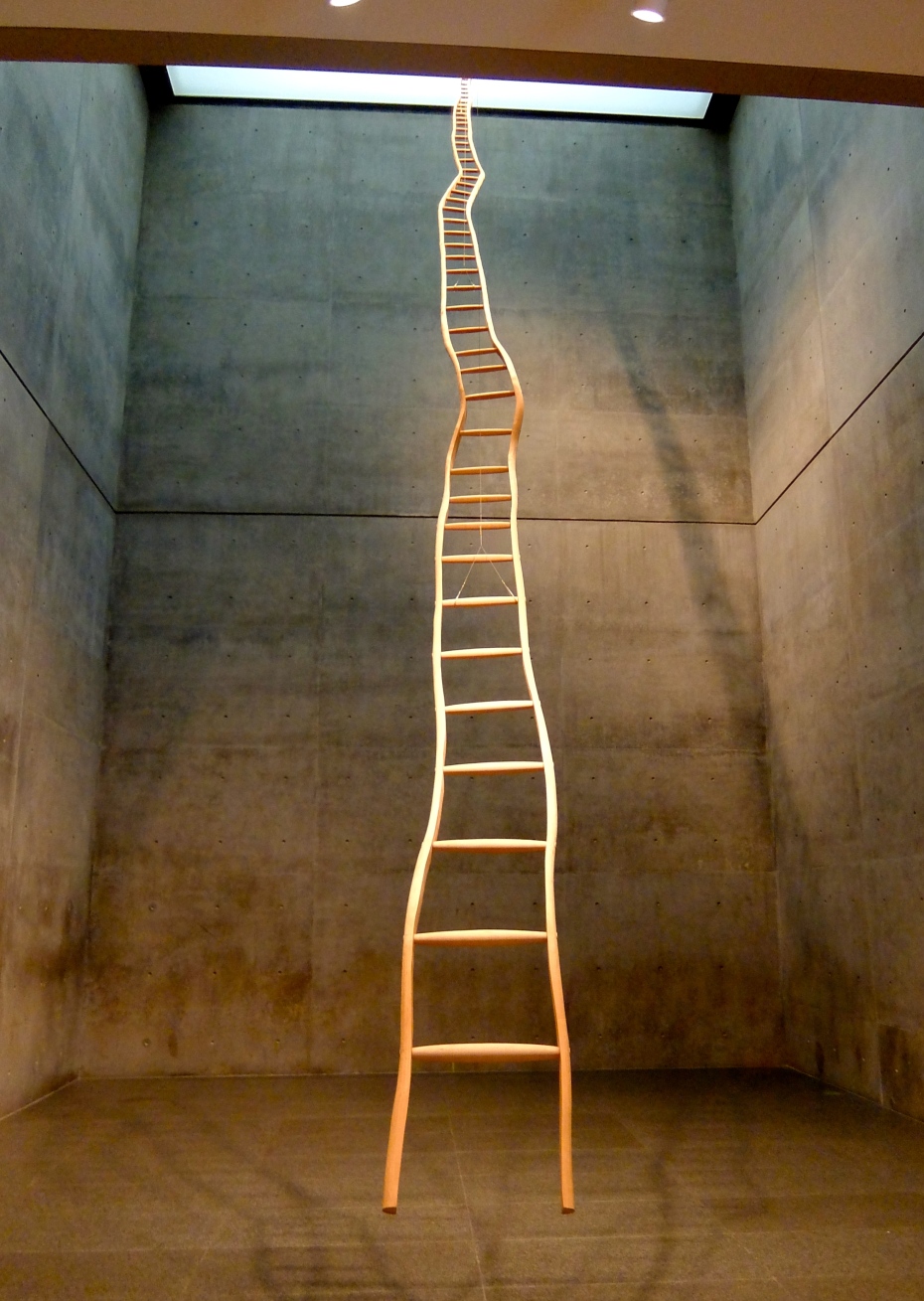 It’s good to have Luke home. Real talk though, I was amazed at how much less we spent on food while he was away. That boy can eat.

2 thoughts on “Sunday in the City”