This morning the kids and I continued our Trinity River Project by covering this bit of trail: 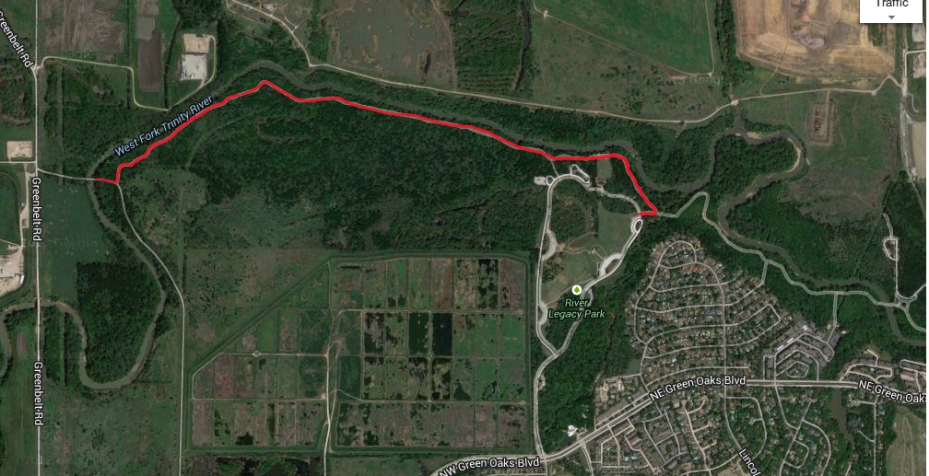 We had planned to hike farther today, but the rain that was forecast for this afternoon rolled in early. I don’t mind hiking in a nice autumn rain, but my camera and phone do. I guess I need a waterproof case for them now that I’m not in the desert anymore.

Before we hit the trail we stopped in at River Legacy Science Center. It’s a great little place that teaches about the local wildlife and river systems, and has some of the river species on display. 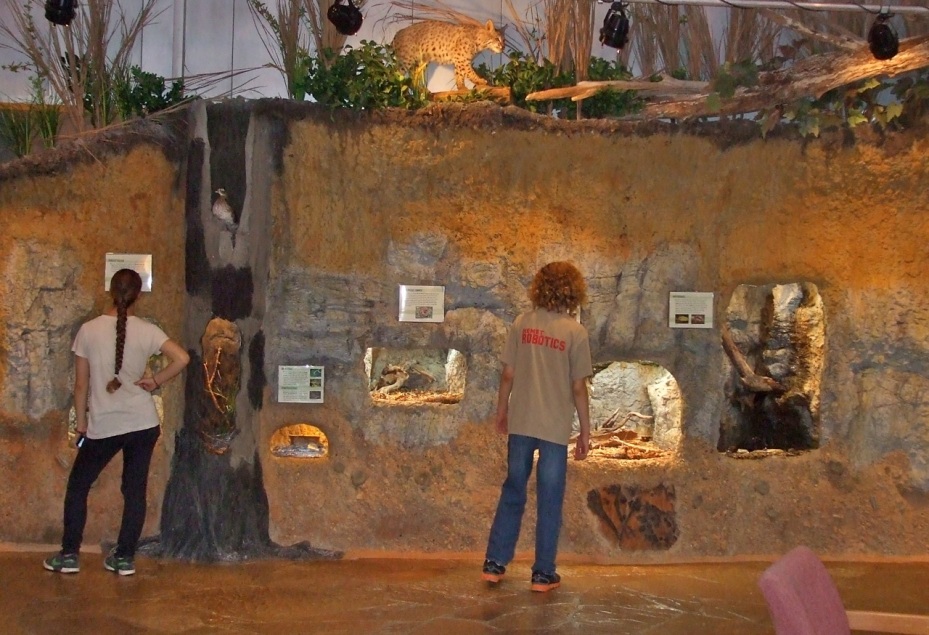 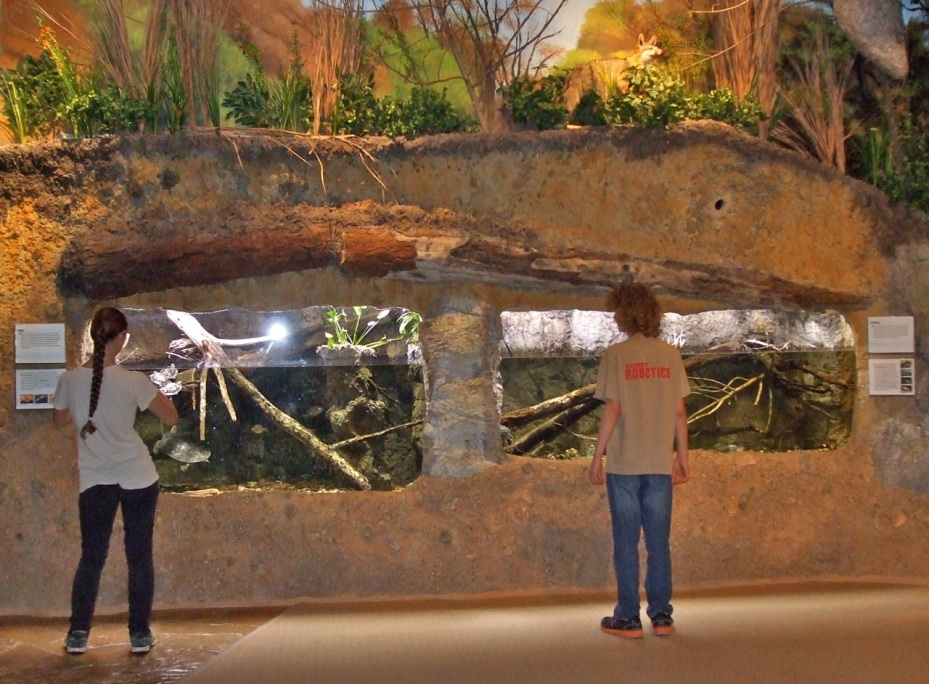 Apparently there’s a plan in the works to connect all the trails and parks along the Trinity River from Fort Worth to Dallas, but it’s complicated by the fact that a lot of the land is privately owned. It’s a cool idea, though, and since the trails themselves are mostly already in place I don’t think it would be too disruptive. I hope it works out — how cool would it be to be able to ride your bike from Fort Worth to Dallas without ever having to touch a street?

Another cool thing we found at the Science Center was a map with tiny lights that show the course of each major Texas river when you press the corresponding button. Here’s the Trinity: 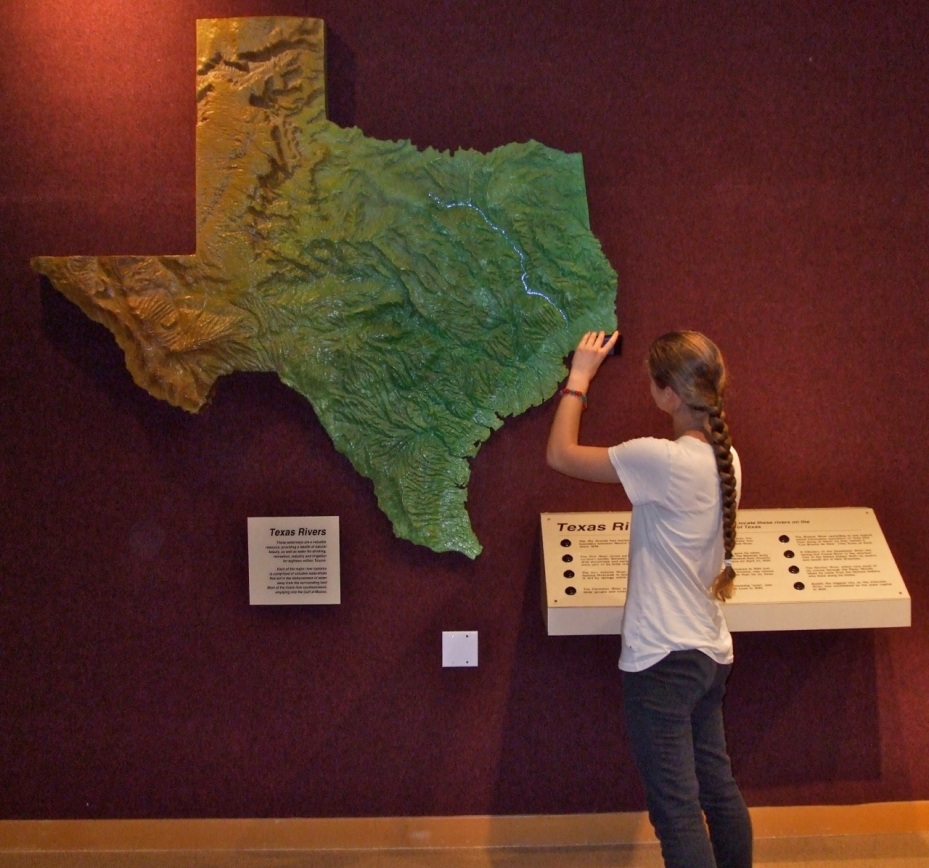 There’s a spot behind the building with steps leading down to a pond, and I think they must feed the local turtle population from there, because a lot of very hopeful-looking turtles popped their heads up when we came out. 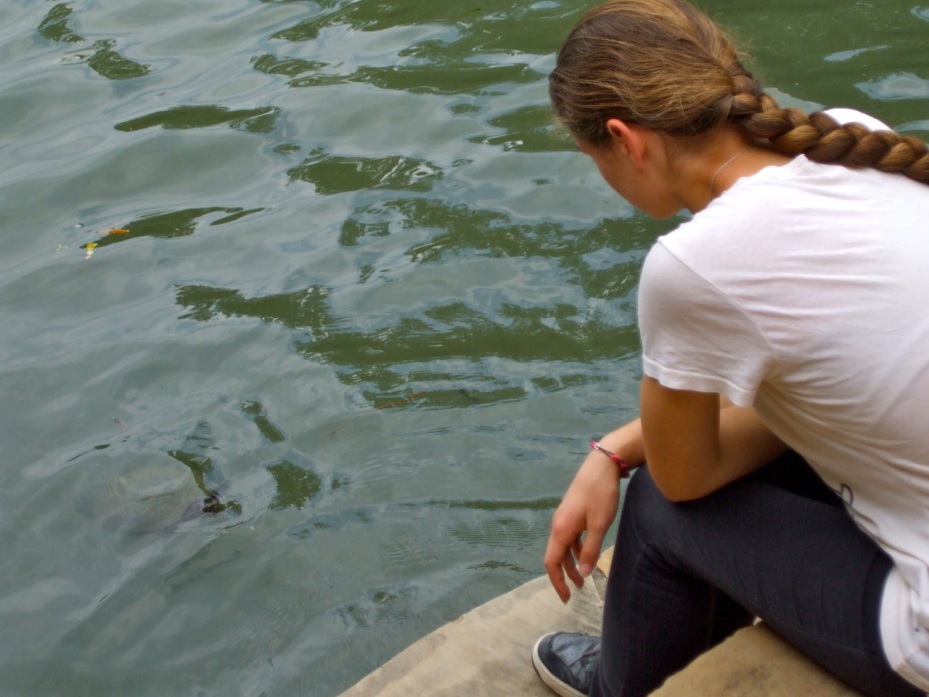 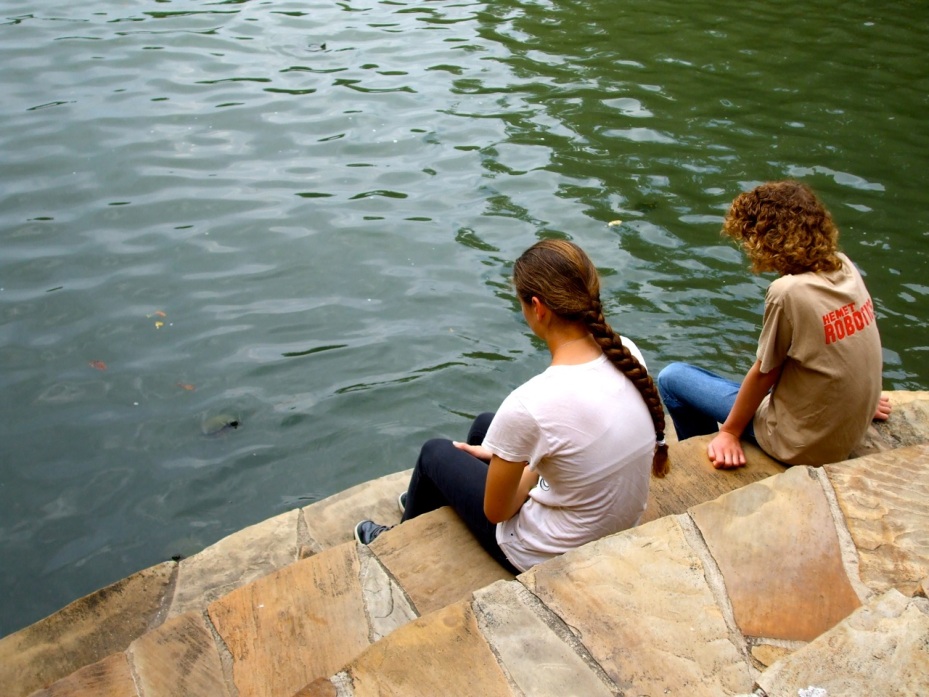 A better view of of the pond: 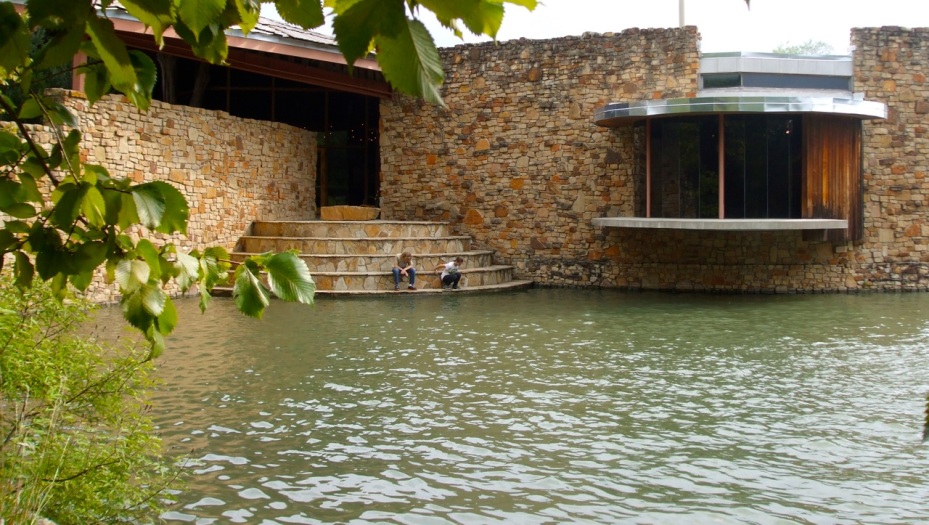 We saw even more turtles once we got out onto the river trail. 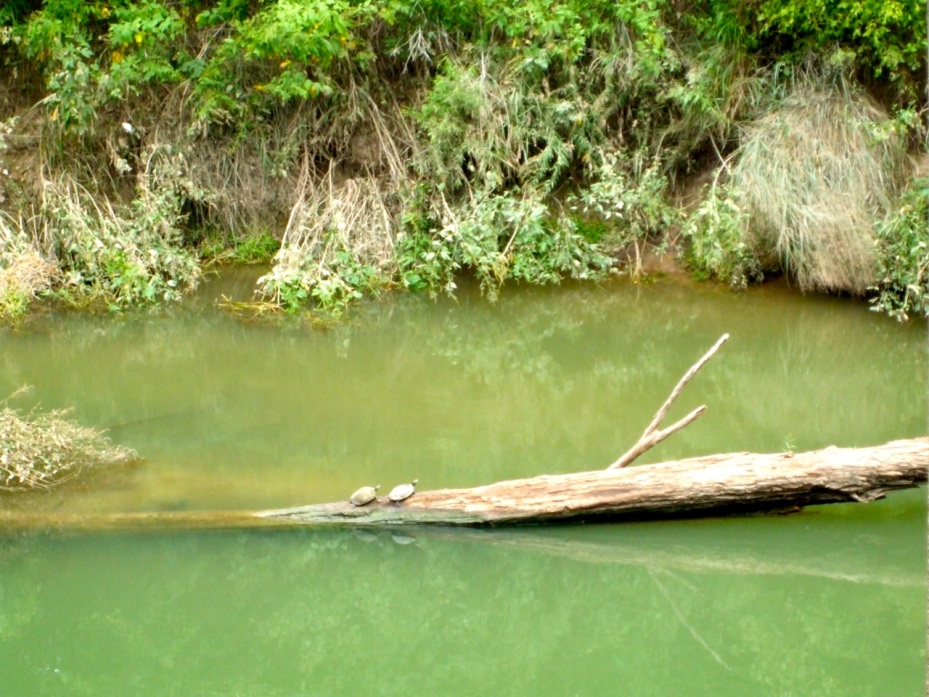 We got as far as this strange, abandoned bridge… 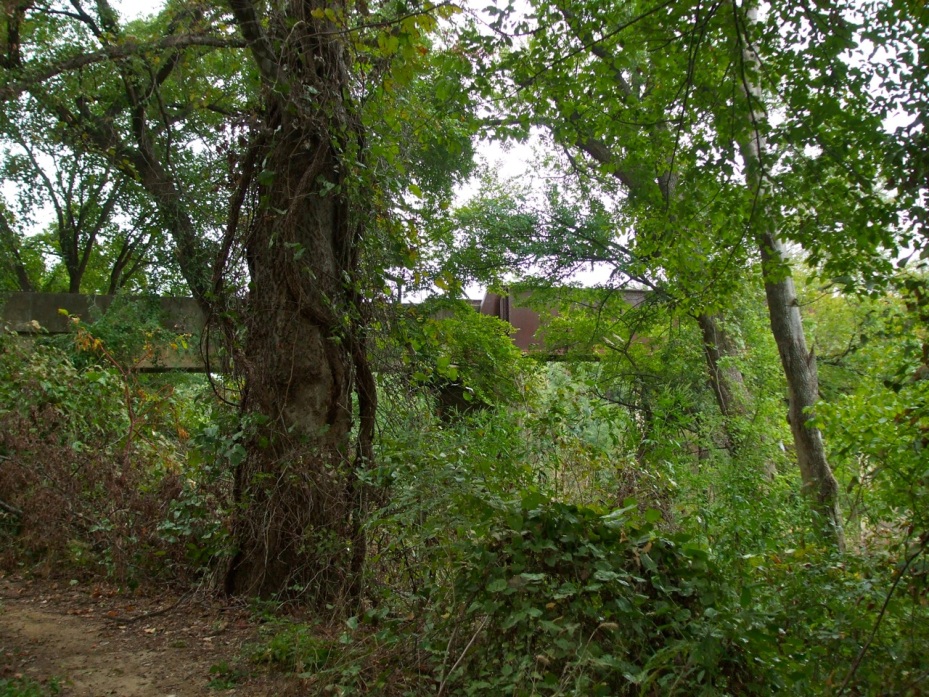 …and then it started raining, and we turned back to save our gadgets. 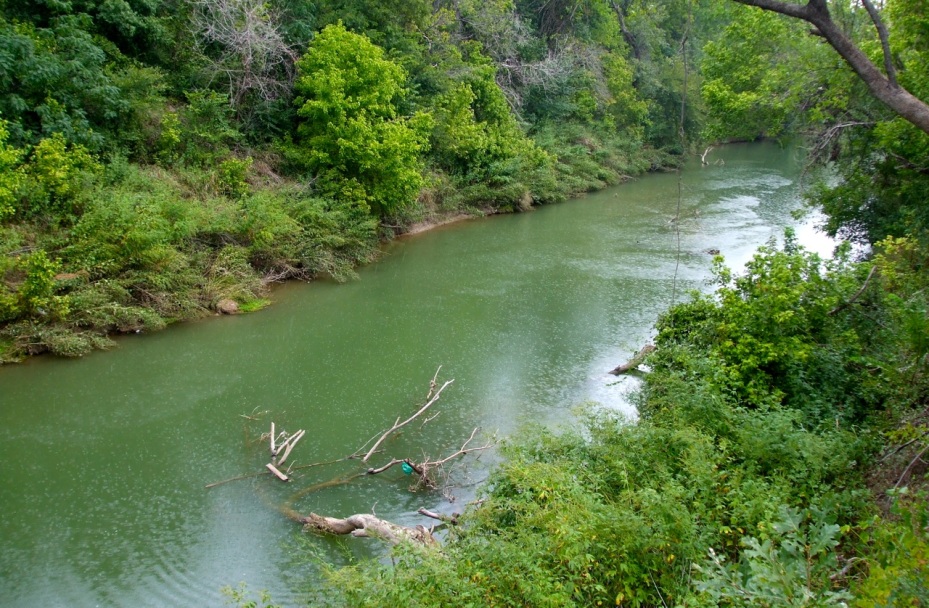 It’s just as well; as we were driving to our next errand the skies opened up and unleashed the sort of deluge that makes you crawl along behind the next guy’s taillights and hope that everyone doesn’t get washed off the road. That wouldn’t have been fun to hike in at all.

The rain disrupted my weekend plans with Mahogany. I might have to play hooky Monday morning and slip out for a ride.

One thought on “Hikus Interruptus”