With the dinner get-together rescheduled for my return trip Thursday was left wide open, so I decided to take the kids to the Texas State Fair. It was on the way, and looked like fun.

This is an awesome fair! I mean, I love all fairs in theory, but some of them can be…well…a bit shoddy and run-down. Not the Texas Fair though! It was all bright and shiny and clean and the rides were terrific and the exhibits were great…basically my only complaint was that in order to get to Shreveport that night we had to leave the fair a lot sooner than we wanted to.

Choosing the pics for this page has turned out to be the hardest job yet! I’ve finally managed to whittle my pile of favorites down to an even dozen. Check out the Midway Announcer: 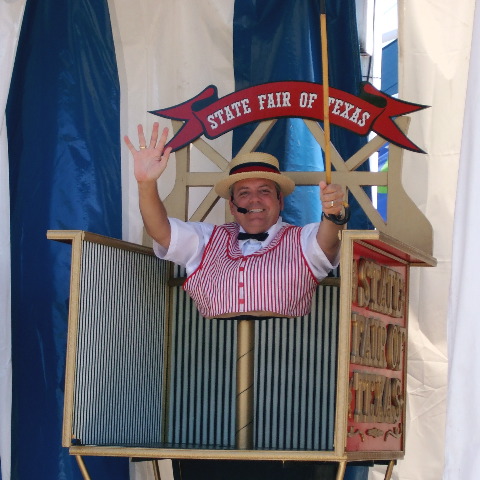 We headed straight for the midway first, of course.

That ferris wheel is *huge!* I looked it up later and learned that it’s the largest ferris wheel in the western hemisphere. To really grasp its size you have to understand that when me and the kids went up in it there was another family of four in the same cage with us–and we could have fit in another person or two!

Here’s a view of the midway from inside one of those Skyway tram cars:

And here’s a view of the midway while going up in the ferris wheel:

Now, here’s a view of Dallas as seen from the top of the ferris wheel!

Anyway. Fun was had. Rides were ridden… 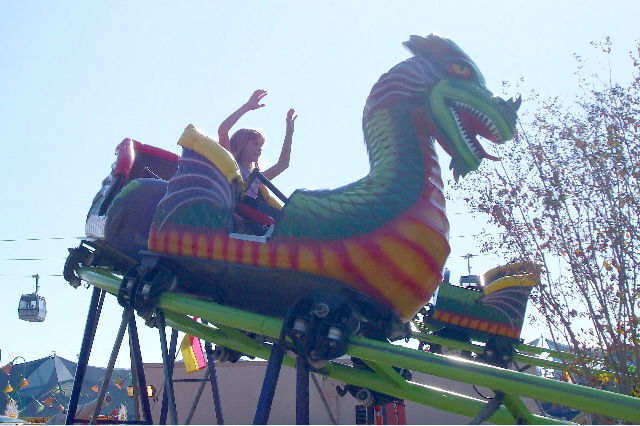 …freakishly large animals were marveled at… 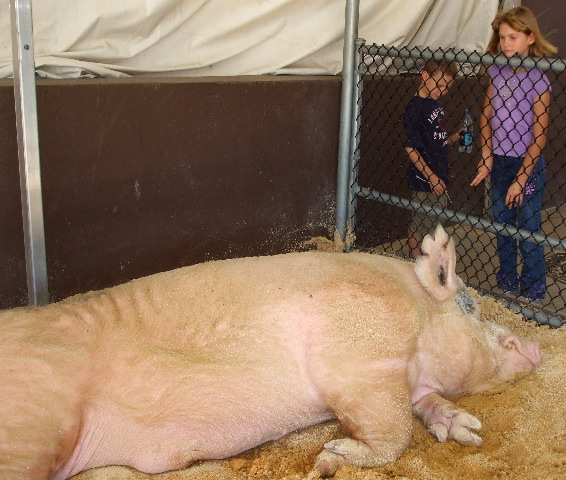 …and there were a few “What the hell?” moments when something couldn’t quite cross the cultural gap: 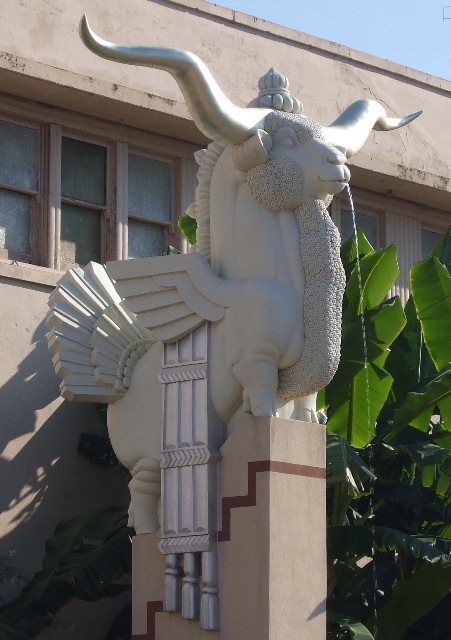 Some of my favorite exhibits were the artists’ presentations. I *loved* the sand sculptures:

The house-of-cards display was still under construction when we saw it, but still very cool: 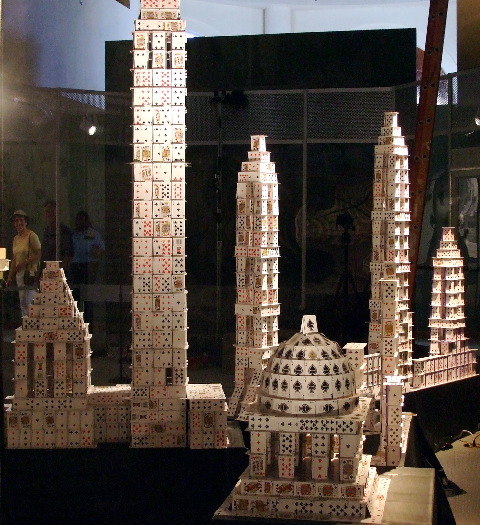 We also checked out the Dallas Aquarium since it was right there in the fairgrounds, but those pics didn’t make it through the final edit. It was pretty neat though.

We left the fair earlier than any of us wanted to, and got to the hotel in Shreveport LA late that night.