The stream called Pardi Khola flows from the Phewa Tal Dam and rambles through Pokhara before running underground, over Patale Chhango and through the sacred Gupteshwor Mahadev Cave. The waterfall and the cave are a short walk apart, each with their own colorful entries to lure in visitors.

After Emma and Elizabeth had seen Patale Chhango, they did some shopping before visiting the cave. Emma was searching the shops for a particular item her mother had requested. Elizabeth wanted to find a Tibetan restaurant for lunch, having developed a preference for Tibetan food over the spicier Nepali fare.

The fancy red archway in the next pic is the entrance to the outer temple at Gupteshwor Mahadev Cave.

Walk past the archway and continue around the corner, and you can look down into the temple courtyard. 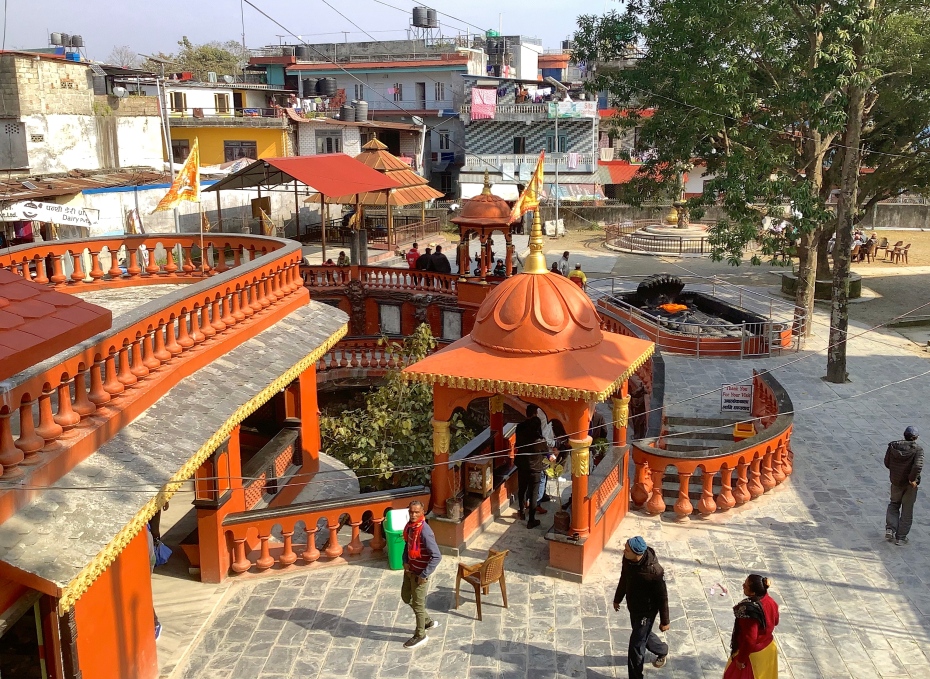 There are four Tibetan settlements in Pokhara. One of them, Tashi-Ling, is just up the road from Gupteshwor Mahadev.

Colorful mural on a city street. 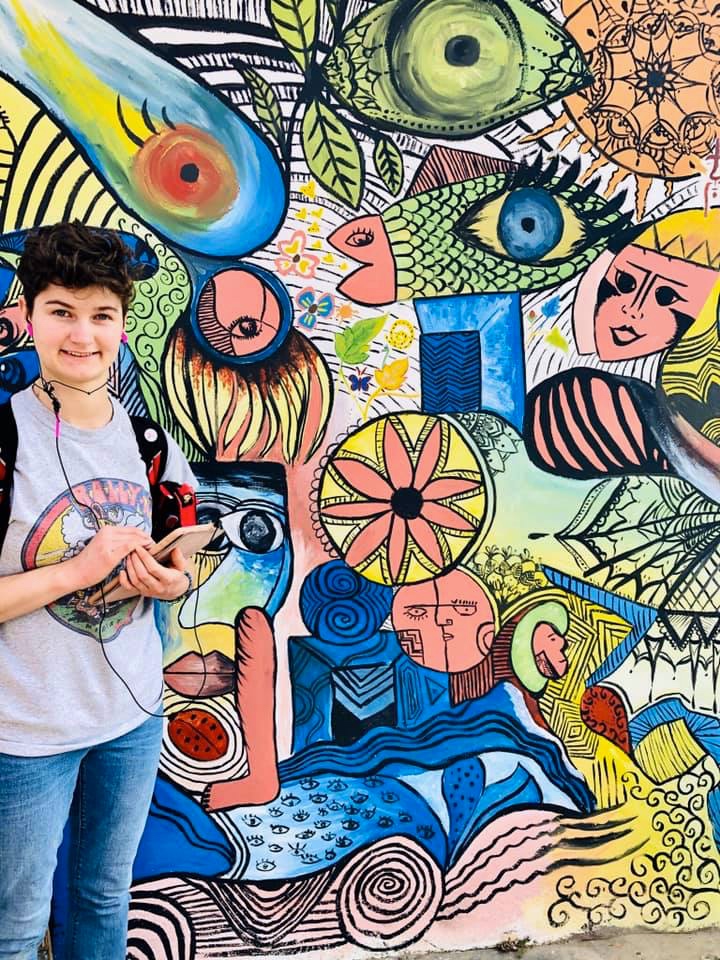 After lunch they returned to explore the temple and cave. 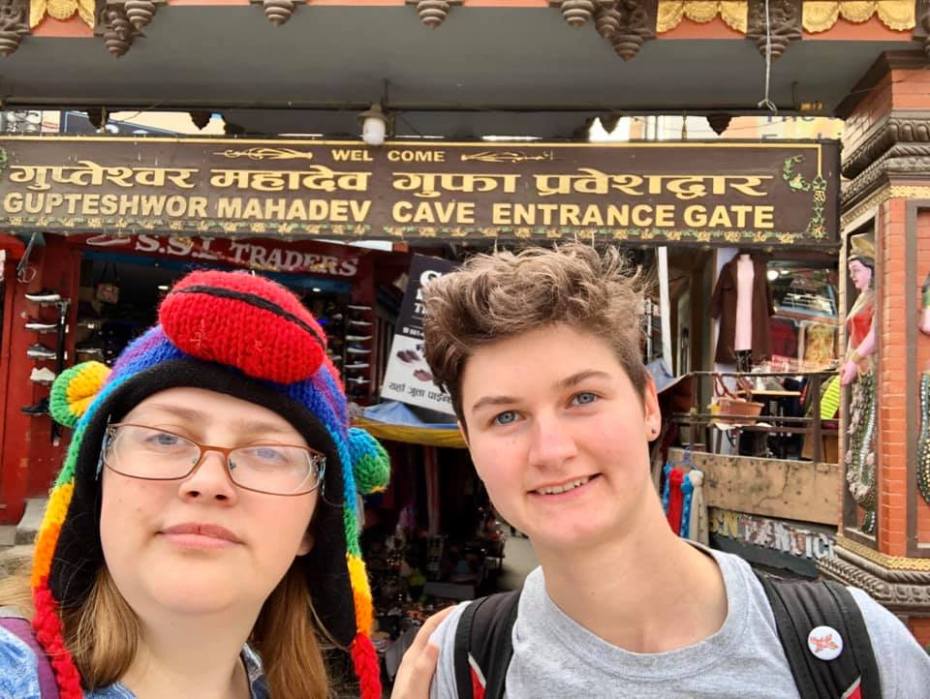 The temple architecture is really beautiful.

This is a statue of Lord Vishnu sleeping on the coils of the thousand-headed serpent king Ananta. But to me it looks like Trump having a bad hair day. 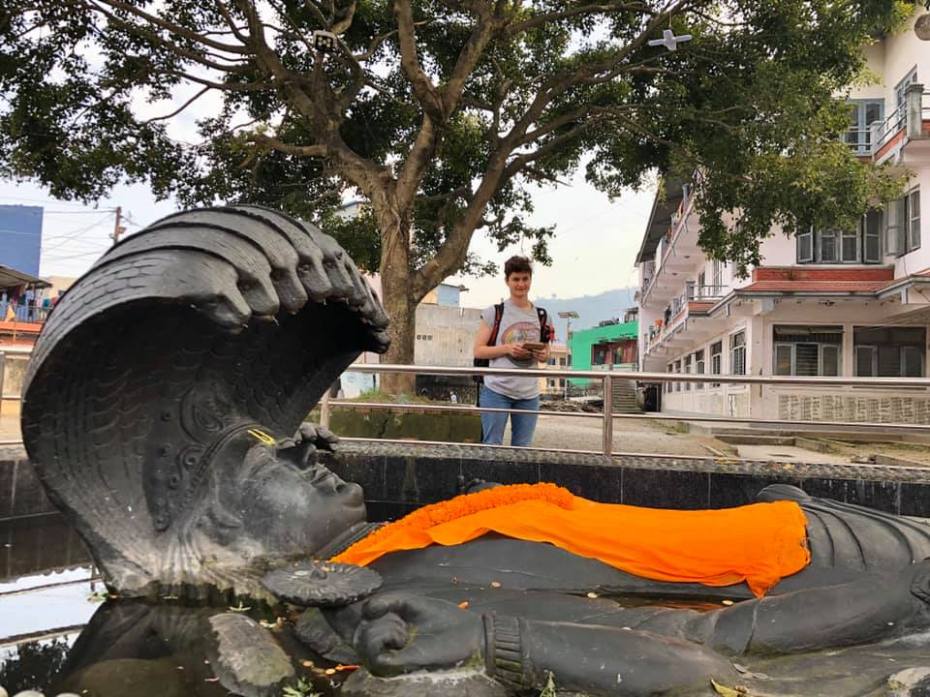 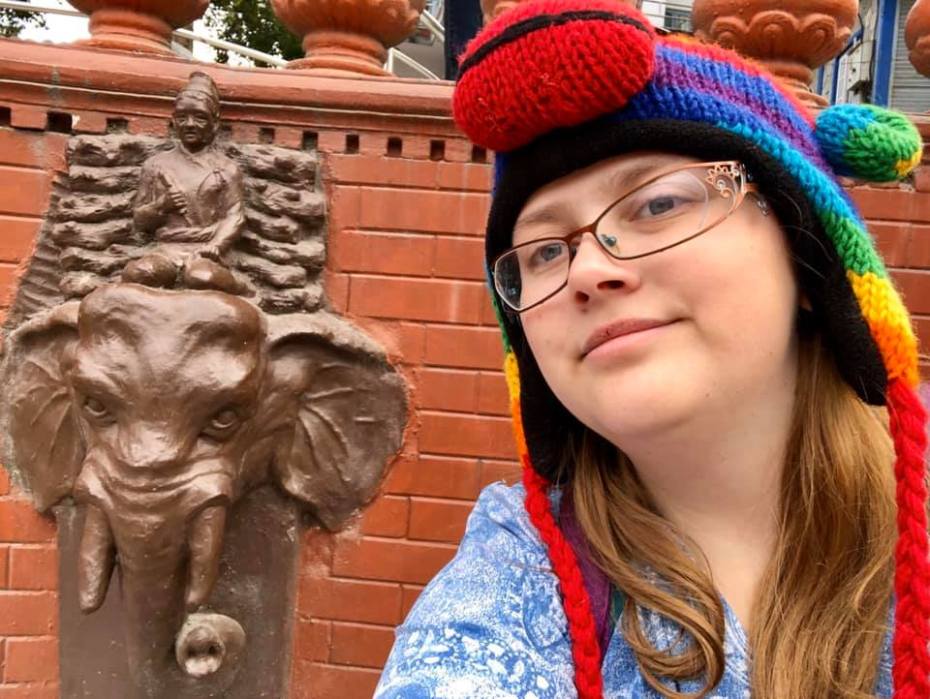 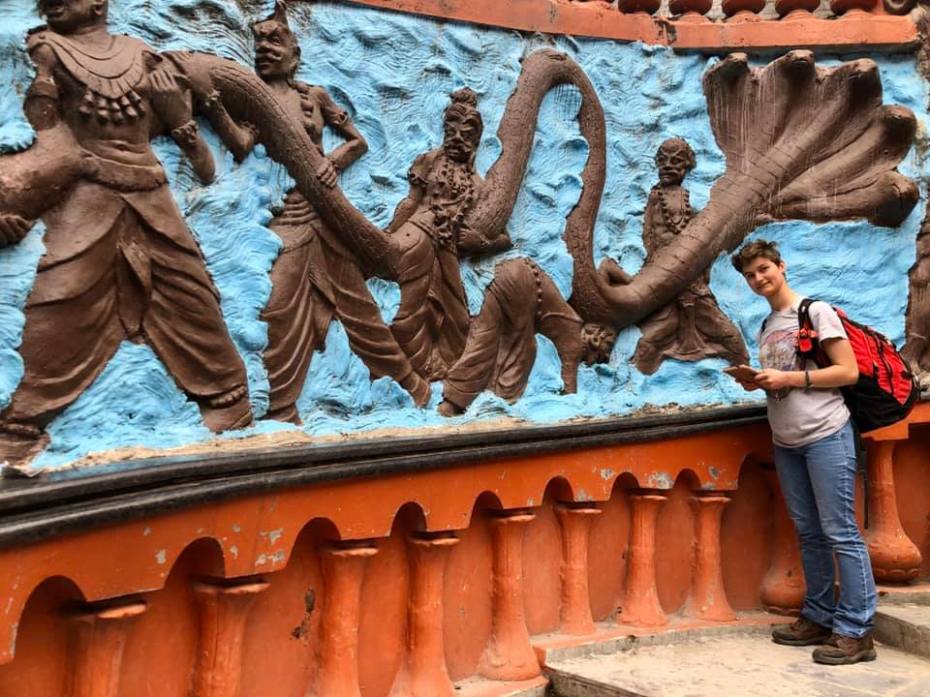 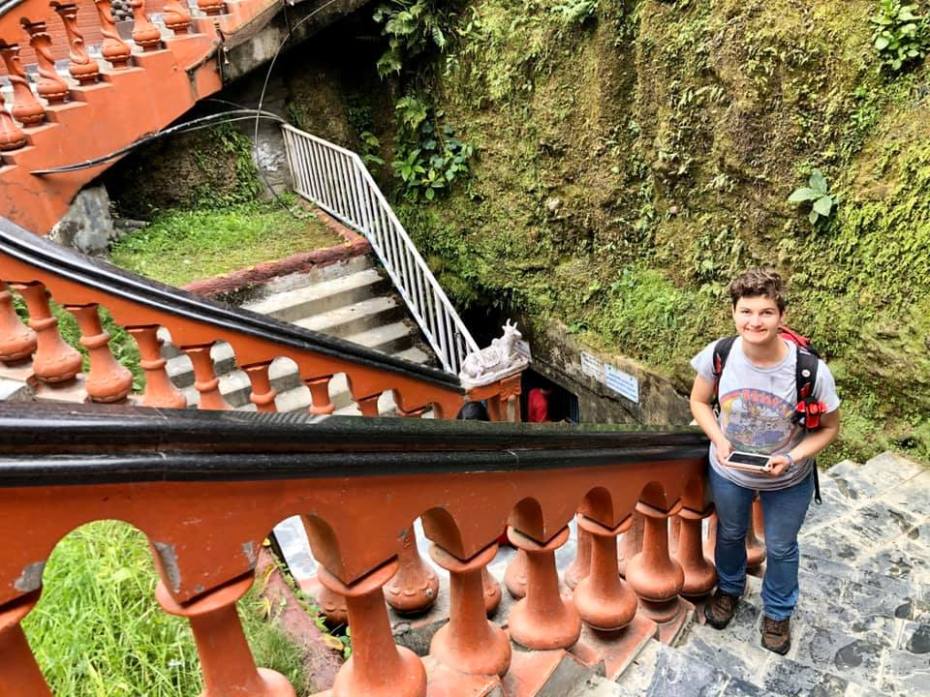 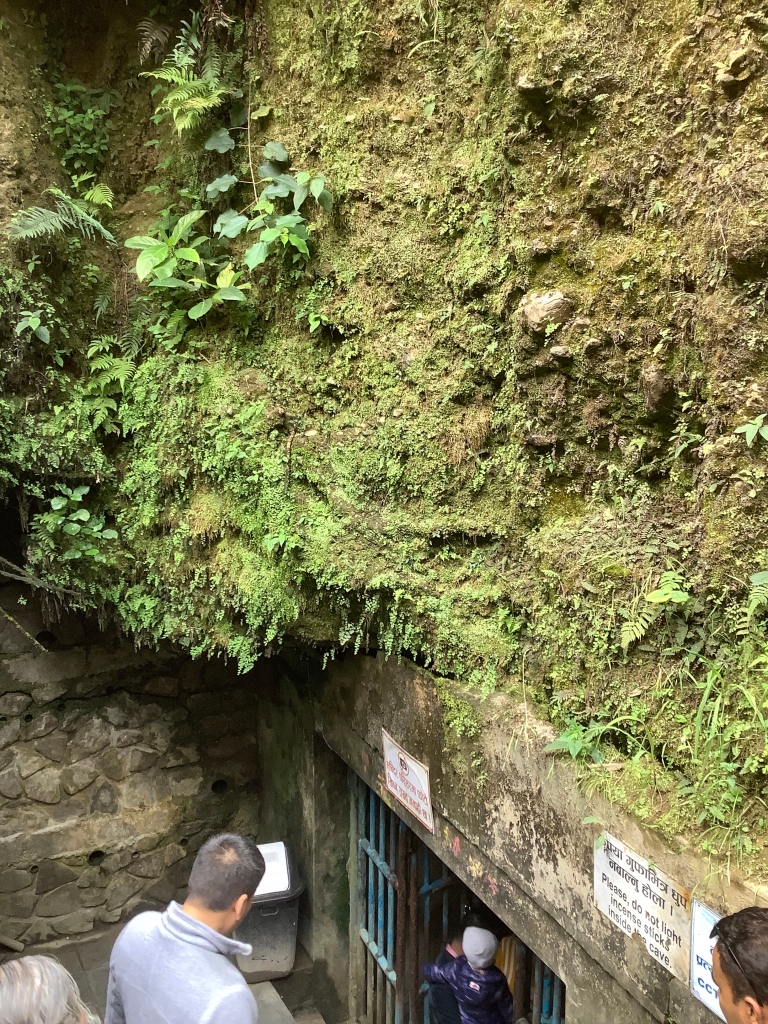 Signs were posted requesting that people not take photos inside the sacred cave. Emma and Elizabeth mostly complied with this, but they (and everyone else in the cave) did get this pic of the stream flowing in from Patale Chhango.

This awesome Ganesha stature was near the outer temple exit: