The Difference a Year Makes

Yesterday was our one-year Texas anniversary: one year ago yesterday the kids and I rolled into Bedford to start a new life. We knew, or hoped, that it had to be better than what we were leaving behind, but we had very little idea of what to expect here. It was a leap of faith, for sure. So yesterday, after we registered Luke for his new school year, we went out for celebratory burgers and ice cream sundaes and spent our meal talking about everything we love about Texas and how awesome life has become over the past year. I felt like throwing confetti.

Mahogany, on the other hand, is DONE with this Texas summer heat. I have never seen her looking so thin, sun-bleached, bug-chewed and totally lacking in enthusiasm. 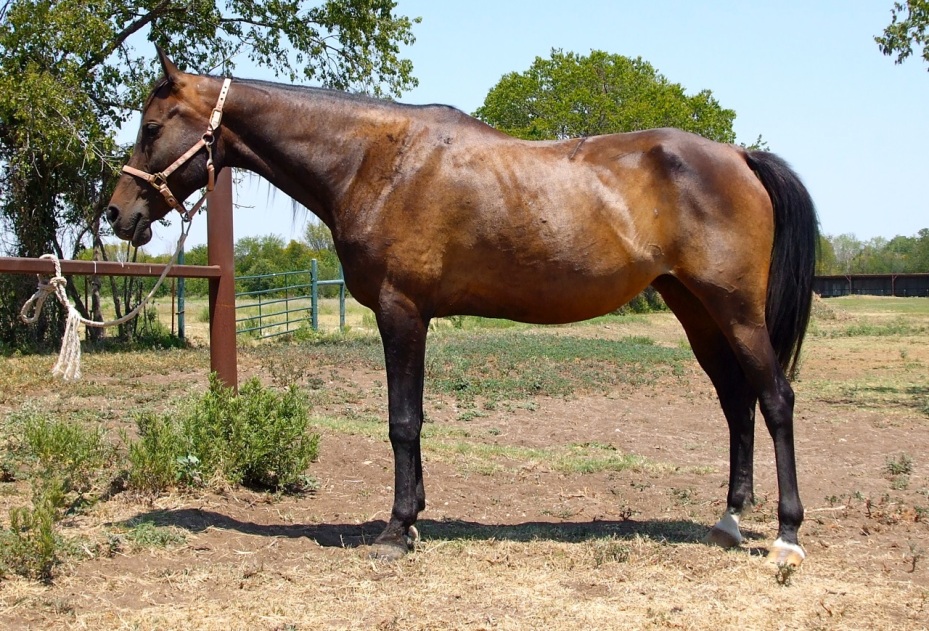 I wormed her to be on the safe side, but most of her pasture-mates look about the same, especially the darker-colored ones. This heat is hard on horses. But today I noticed that her summer coat is starting to shed out, which reminded me that the days must be getting shorter. Funny, that used to be such a big deal back in Anza. Now I live my life almost entirely by electric light and have only a vague grasp of what time the sun sets and rises on any given day.

I did have one little rush of nostalgia a few days ago. I was on the closing crew at work, and when my shift ended I stepped out into the muggy late-night heat and suddenly realized that if I were in Anza I would be up on my roof with the kids, enjoying a cool mountain breeze and watching the Perseid meteor shower that comes around every mid-August. In Anza you can see ALL the stars, and the Perseid shower is always worth staying up for. In DFW, stars and meteor showers might as well not exist at all.

Elizabeth’s registration day was Tuesday. She cannot wait for the new school year to start. I really like her campus. 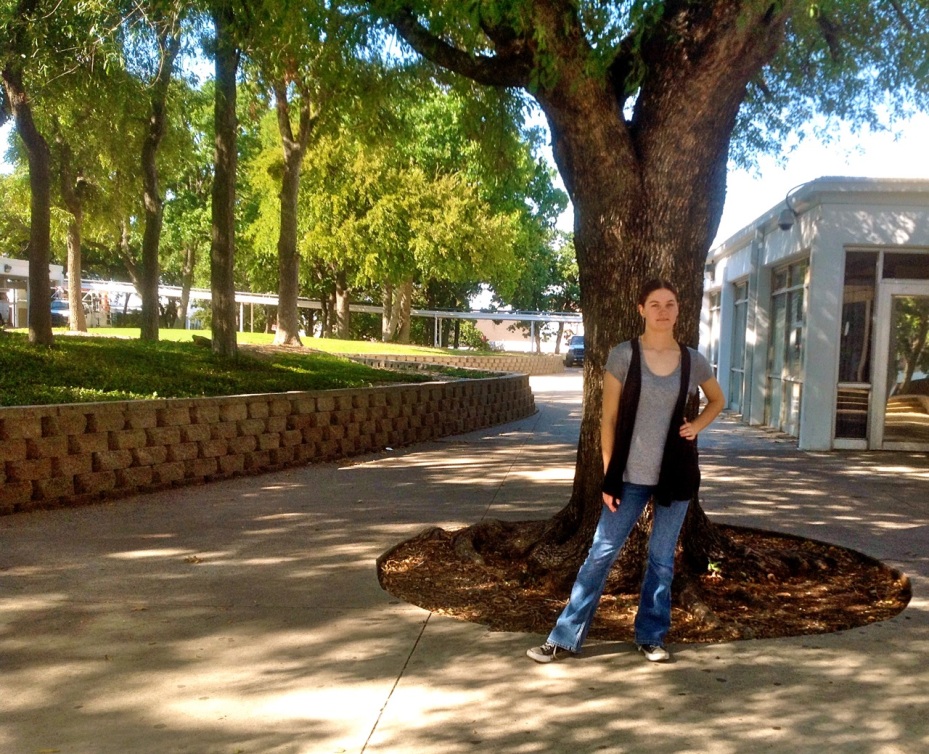 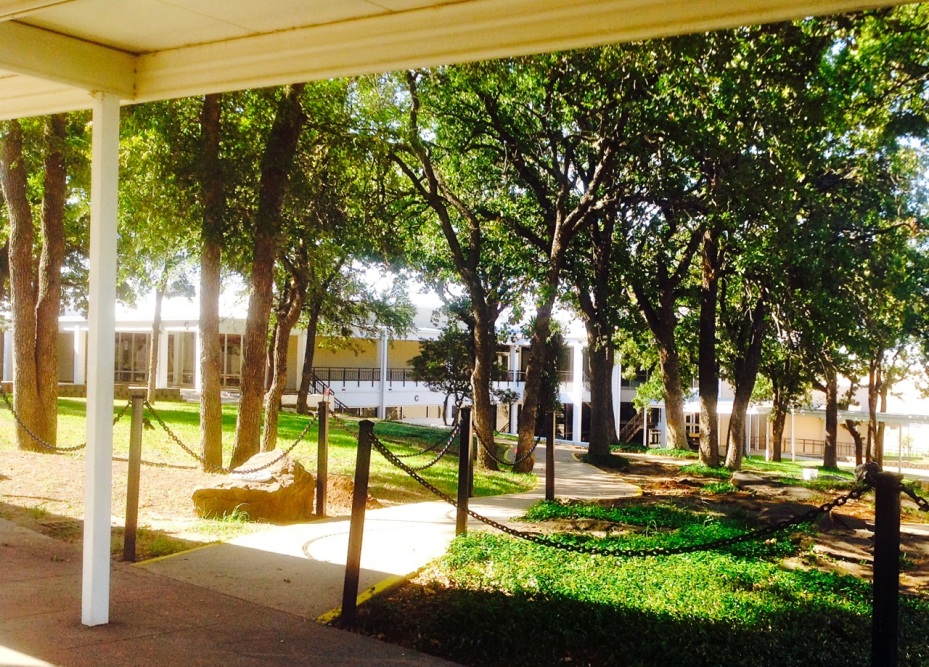 But I’m writing this all out of order. When I wrote my last entry, Luke was still in California and Elizabeth hadn’t left yet. Luke returned on June 28 and Elizabeth flew out on July 2. With her gone, neither Luke nor I felt much like celebrating on the Fourth, but we were pleasantly surprised by a nice view of fireworks from our north-facing windows. 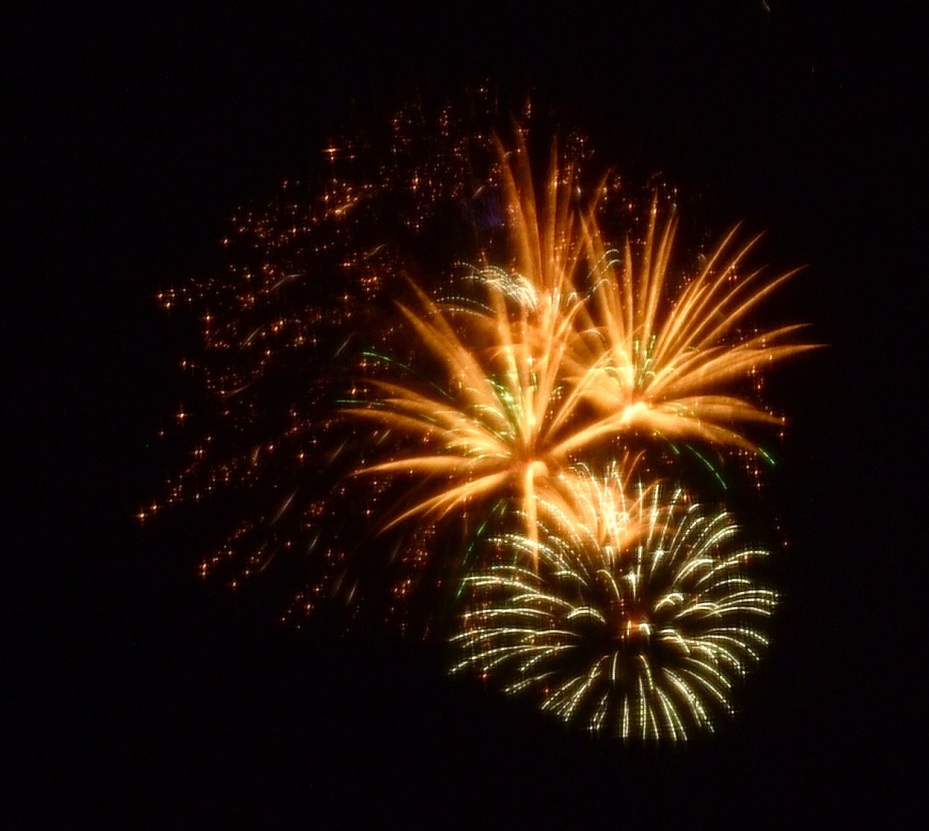 We fell into a pattern during the eight weeks that one or the other kid was in California. None of us at home wanted to do anything fun that the absent person would miss out on, so we kept putting off all significant outings and family activities until we were all together again. By the end of the two months, this had a seriously negative effect on my overall happiness. Stuff that I usually shrug off at work was stressing me out, I was losing patience with poor Luke at home, and I started having trouble concentrating on even simple tasks. I didn’t feel like myself again until Elizabeth came home and we fell back into our comfortable family routines.

Luke and I did have one nice little hike while Elizabeth was away. We had been wanting to explore a particular trail ever since we moved into our apartment, and a sudden stretch of cool weather made it too tempting to put off. 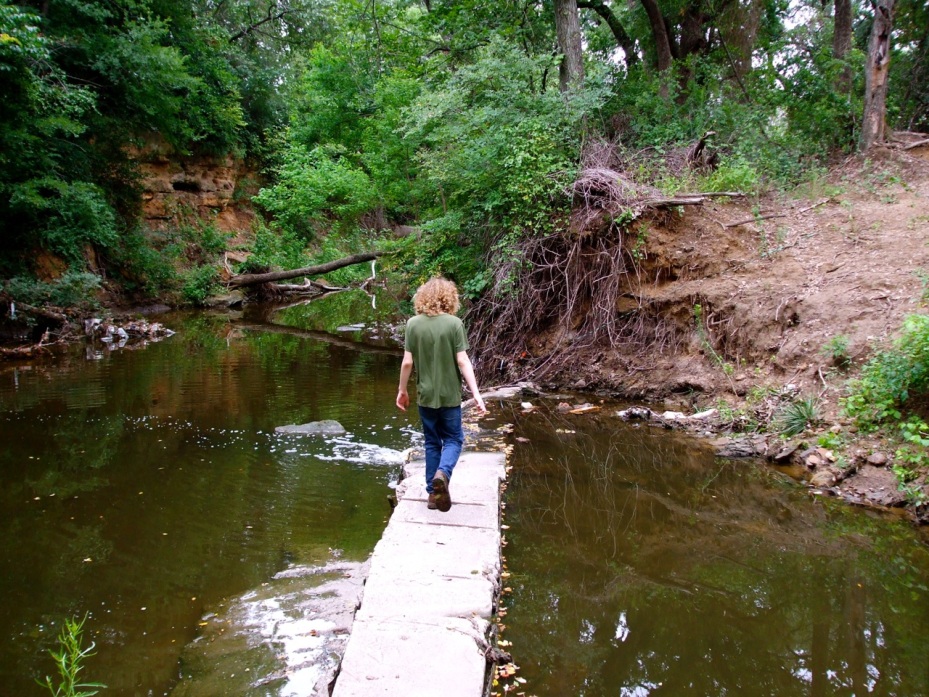 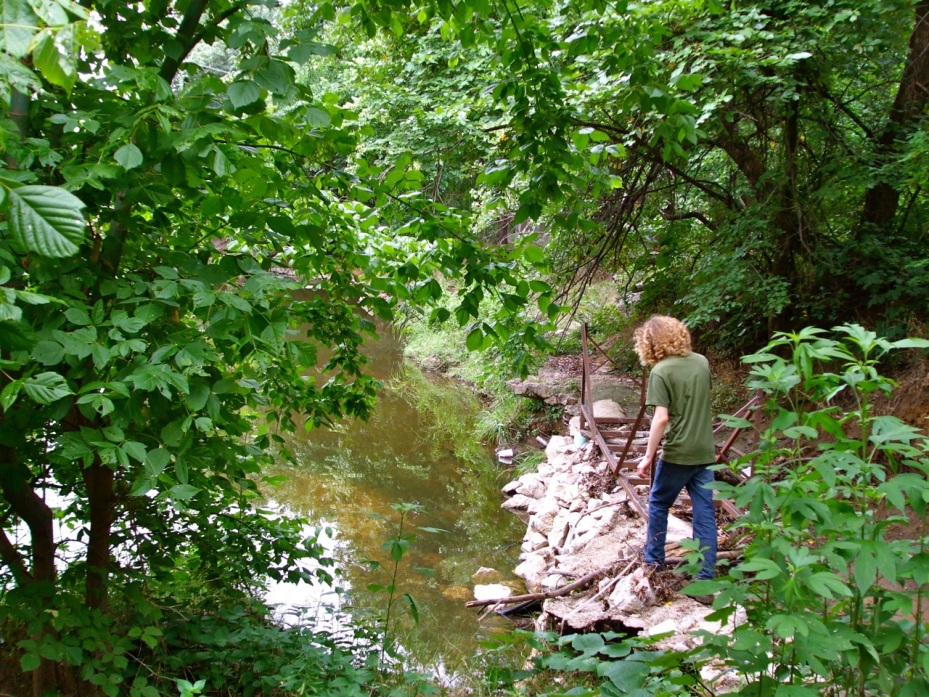 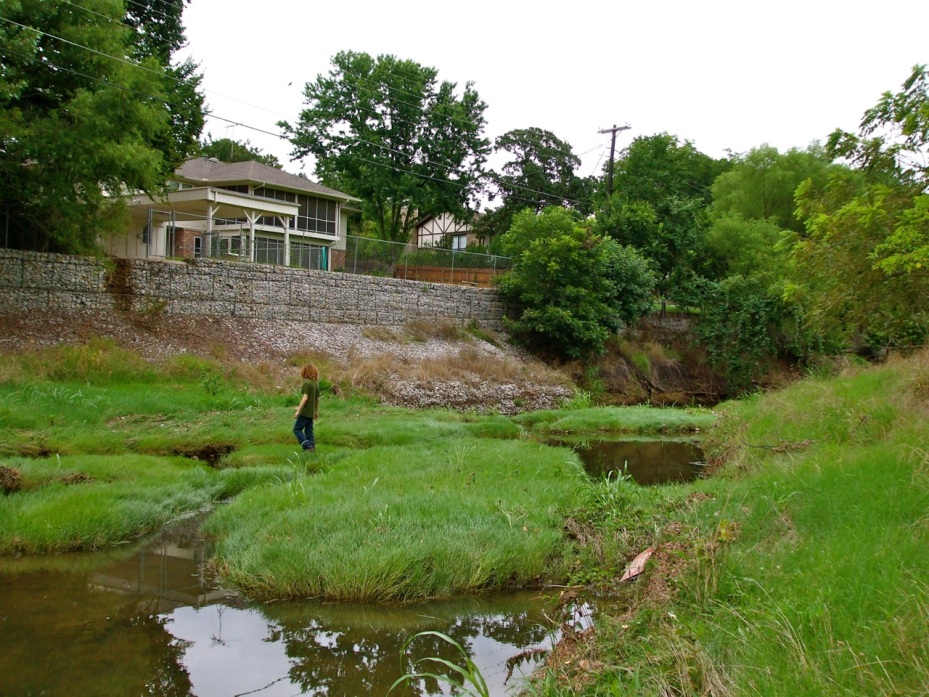 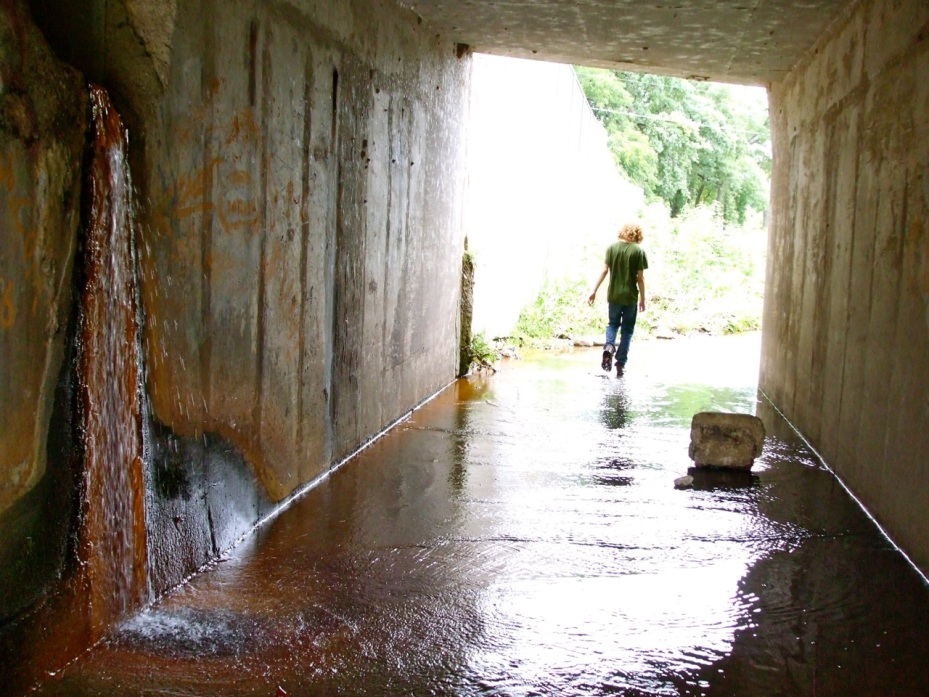 Yesterday, after the anniversary sundaes, we showed Elizabeth the trail. 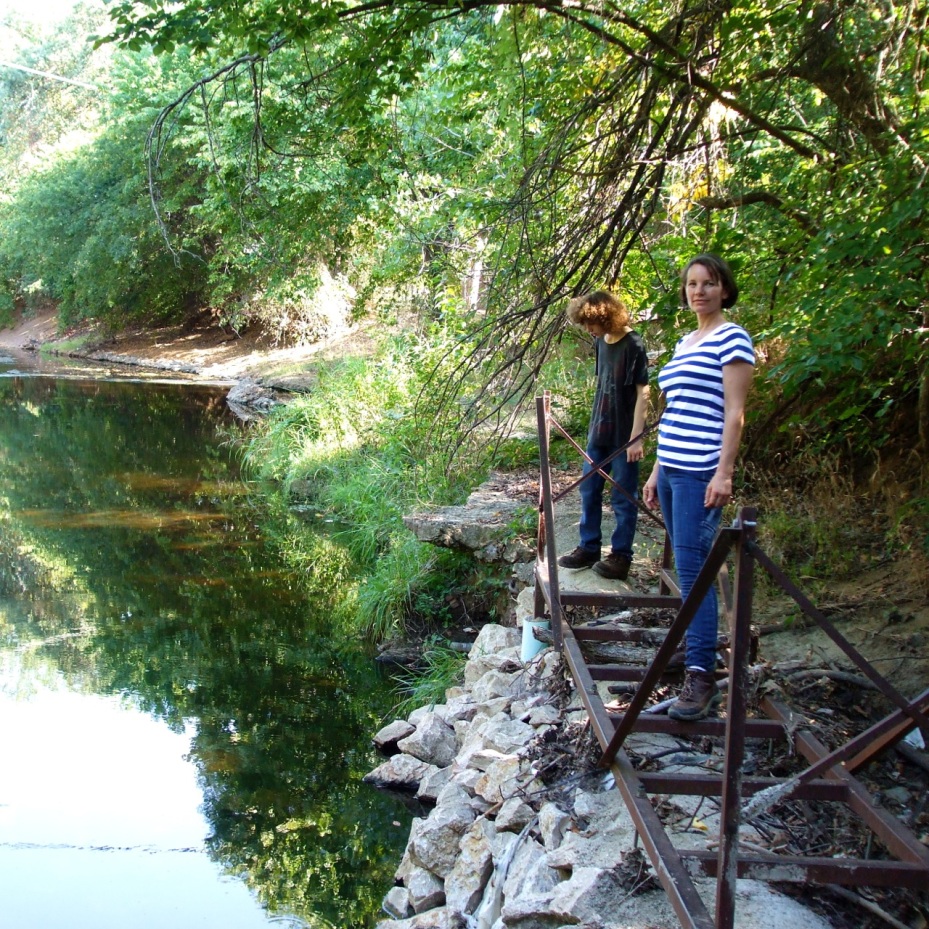 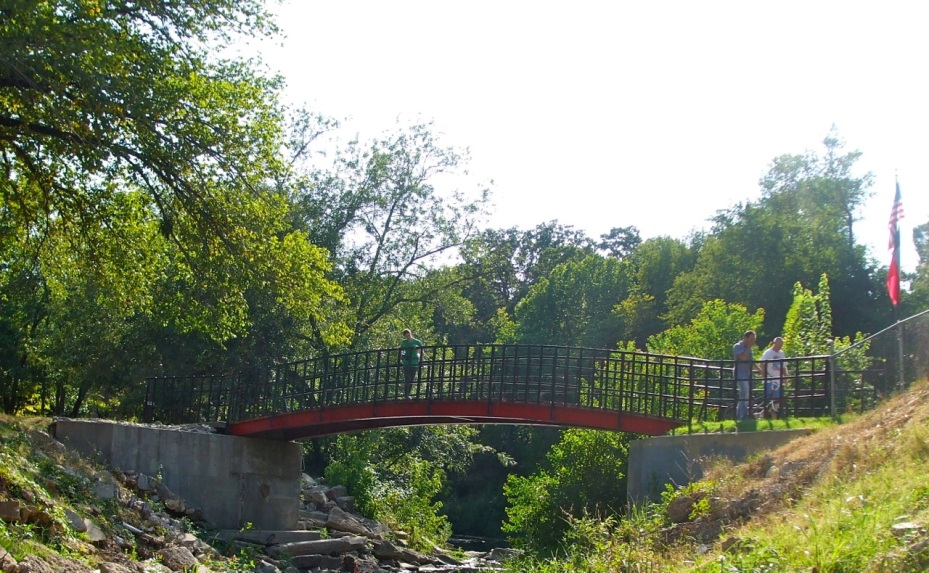 It felt like the perfect casual celebration of our first year in Texas.