Everything But Money Part II: On Finding One’s Voice

This is an excerpt from “Everything But Money” by Sam Levenson. Read Part I here. 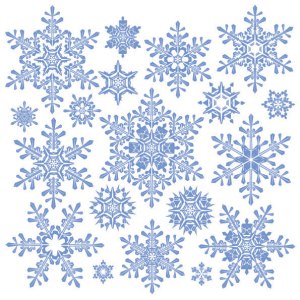 I regard overcrowded classrooms as a major menace to individuality. It is possible to educate masses but quite impossible to teach children in masses — especially little ones. I was involved in this futile procedure as a public-school teacher…I have seen the lifeless faces of children whose selves had never been revealed even to themselves, whose unique message will never be delivered. We should hold annual services at the grave of the Unknown Child to remind us of the millions of living children who never really come alive, whose souls remain in limbo in spite of our humanitarian declarations about the sanctity of the individual. Never to discover one’s self is never to be free. The road to personal freedom goes from cognition to self-cognition, to self-recognition, to the supreme joy of recognition by others.

A “class” is an arbitrary grouping of seemingly homogenous beings, no two of which are any more alike than two snowflakes. If it were possible to place children under a microscope, one would find the least of them inspiringly beautiful, distinctively designed. When we gather too many, flakes or children, the loveliness of individuality is lost and what we get is all white, the ultimate in neutrality.

There should be no more than fifteen children in any class. This is now being done for the “special” child. All children are special. They are not created equal. They are created different. There is hardly a child without some gift worth developing, some manifestation of his special being. All gifts are equally important. Each child’s contribution to the human race is to be celebrated with much rejoicing. It is the teacher’s duty to discover the seed of possibility in each child, to talent-scout the souls of little children, to insure to growth and fruition of what is best in this child, whether it is a talent for science, music, art, plumbing or gardening — to nurture his innate ability, to help him toward self-determination through a heightened awareness of his abilities by supplying educational hearing aids to amplify the inner voice for those who cannot hear it by themselves. His voice, once identified, becomes his purpose in life; this will be the voice that will speak his message. In an overcrowded class, as in any class, there is a good chance that only the loud voices will be heard.

In a society which claims to value individuality we have come to place so high a premium upon conformity in children that any deviant from the “norm” is promptly pounced upon as maladjusted. This, too, is a penalty imposed upon the exceptional child because of the large class. The child who feels, talks, thinks and behaves like all the rest is “doing fine.” Like the chameleon, he has learned to camouflage his identity to keep out of trouble. He presents no problem to the teacher. A good teacher should be disturbed when a child accepts everything in his environment, or even worse, becomes a hypocrite, junior grade, and feigns acceptance for fear of being declared an eccentric. The maladjusted child may be the true leader of his group. The fact that nobody follows him does not prove that he is wrong. No child should be declared maladjusted until we have given serious consideration to the possibility that we may be maladjusted, not he. He may be the one who is right, honest, sensitive, profound, and motivated by higher standards than the rest of us. Is it morally right to require adjustment to a society which is maladjusted? It is possible, even in a democracy, that the majority may be wrong. Inability to accept the status quo is not necessarily a sign of weakness. If the founding fathers of this country had all been well-adjusted we would still be a British colony.

…This country abounds in college graduates who have not yet found themselves, bewildered young men and women who wander from campus to campus in search of a “major,” not yet aware of the fact that the real major is one’s self.

Too many people end up earning a living, very often an excellent one, at work they do not love, work that bears little relation to their talents, or at best, does not “interfere” too much with their private lives. The world is full of these unhappy successfuls: doctors who should have been artists, and vice versa; dentists who should have been shoemakers, and vice versa; lawyers who should have been drummers, and vice versa. All are vocational misfits and malcontents who during their schooling were either separated from their talents or never were introduced to them. Ideally, a man should have only one regret about his work — that it ends. He should hate death primarily because it leaves his work unfinished. We are a hobby-happy country because so many men do not find joy in their work. They are split personalities living out lives not truly their own. They will never be at peace with themselves.