It’s been a while since I last wrote a Love Thursday post; I’d say we’re overdue for one.

I was a teenager when I got my first horse. She wasn’t really a “horse” yet, just a wild 13-month-old filly who needed a new home. She came from a show-horse breeding facility whose owners were going through a divorce and had to sell off their stock; they hadn’t even gotten around to giving her a real name. Her mother had died, presumably from foaling complications, when “Little Bit” was only eight days old. As a foal she was bottle-fed, halter-broken, and then put into a small pen and basically went unhandled until a year later when she was given to me. Even in that tiny pen she was too wild to catch, so they had to rope her. It took hours to load her into a trailer, and when she arrived at the stables in Riverside where I worked she was banged up and bloody. At some point during the trip over she had panicked and climbed halfway into the manger. We unloaded her into a stall and left her alone to settle down. It was my nineteenth birthday.

I registered her with a fancy name that referenced her pedigree — “McCoy’s Stormshadow” — but around the stables she was just Stormy. And boy was she ever!

For the first couple of weeks she wanted nothing to do with me or anyone else. After a few days we moved her from the barn stall to an outdoor pipe corral, and she liked that better, but she was as untouchable as ever. Finally we decided that she would have to take the first few bites of every meal from my hands, or not get fed at all. She got really hungry for awhile, but eventually gave in and started coming to me for food. After that things warmed up between us, and within a few months we were best buds.

After standing in pens her whole young life, she craved freedom. I let her run in big circles on a longe line a few times a week, but her favorite thing was when we went for walks together. The stable where I worked and she lived were bordered on one side by the Santa Ana riverbed and on the other by Fairmount Park, so we had plenty of room to wander.

When she was two-and-a-half years old I broke her to ride. By then we were living in Perris, and had lots of dirt roads and fields to run around on. It was really the blind leading the blind, since I barely new how to ride myself, and all Stormy wanted to do was run like the wind. I fell off, often, so we learned to stick to plowed fields for the most part. She couldn’t run as fast in the deep soft soil, and my landings were softer too. Whenever I fell she would immediately hit the brakes, turn around and trot back to me. I would climb back on and off we’d go again at full speed.

I could fill pages with all the adventures we had together. I was 22 when we moved up to Anza, and she was four. We wandered far and wide, exploring mountains and canyons and roads and long stretches of the Pacific Crest Trail. She always wanted to run, always…until we headed back toward her corral. Then she’d start dragging her feet. She loved freedom, and hated being penned up.

When Steve and I moved in together at Bailey Ranch, I was 26 and Stormy was eight. That was a turning point in our relationship. For the first time in her life she was moved into a big pasture with all the grass she could eat, acres and acres to run around in, and another horse for equine company. She spent the first couple of weeks just running. Up the pasture, down the pasture, day after day. It was Stormy Heaven. It worked out well for both of us, since I was busy with caretaking stuff and then baby stuff and didn’t get to ride as much as I used to. When I did saddle her up, I noticed that she didn’t have quite the same enthusiasm for it as she used to. We were still close, of course, but she didn’t NEED me anymore for food or freedom or companionship. It made a difference. But she was so much happier, and I was so busy with my own things, that I didn’t mind so much the way our bond was loosening.

Stormy will turn 23 years old next month. She is Elizabeth’s mount now, and I have Mahogany, though we seldom go riding these days. Against all genetic probability, neither of my kids are all that much into horses. Stormy likes it that way. She’s in a different pasture now, but there’s still plenty of room for her to kick up a gallop when she feels like it, and other horses to talk to. She likes retirement.

Last night I was feeding the horses and I stopped to stroke Stormy. She pinned her ears back and shifted out of reach. When I followed her she snapped at me.

I knew part of that was feeding-time aggressiveness, but the truth is that my friend has grown old and cranky. I wondered wistfully if she remembered our glory days together at all.

This morning dawned sunny and mild, so after the horses had eaten their breakfast I caught Stormy and brought her out to groom her. Her winter coat was thick and woolly and caked with mud, and her mane and tail were snarled messes, but I set to work with rubber curries and stiff brushes and a tail comb, and she closed her eyes and seemed to enjoy the attention. It took me over an hour, and she looked as woolly as ever when it was all done, but I felt like we were back on friendlier terms again. I hopped on her back for the first time in literally years, and we spent a few quiet minutes riding around the property. I didn’t bother with a saddle or even a bridle, I just used her old halter. We didn’t need that stuff anyway; she was tuned to me and I was tuned to her. We communicated through body language and telepathy, just like the old days when we were young and only needed each other to be content. Back when I was her freedom and she was mine.

Last night I wondered, but I shouldn’t have. Deep down where love lives, Stormy remembers. 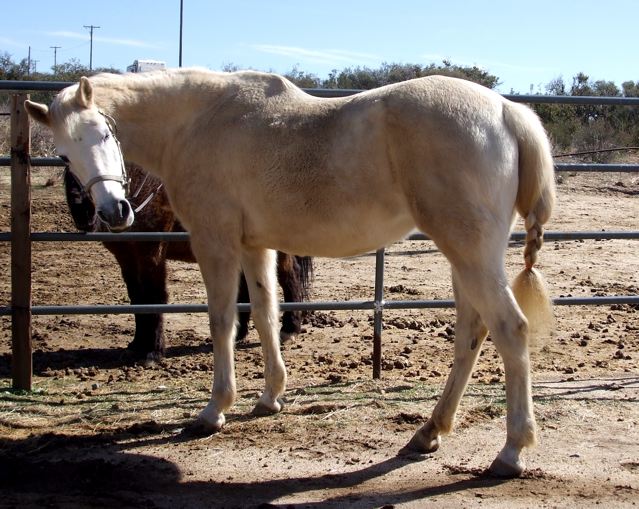 Happy Love Thursday, everyone. May the ties that bind last a lifetime.