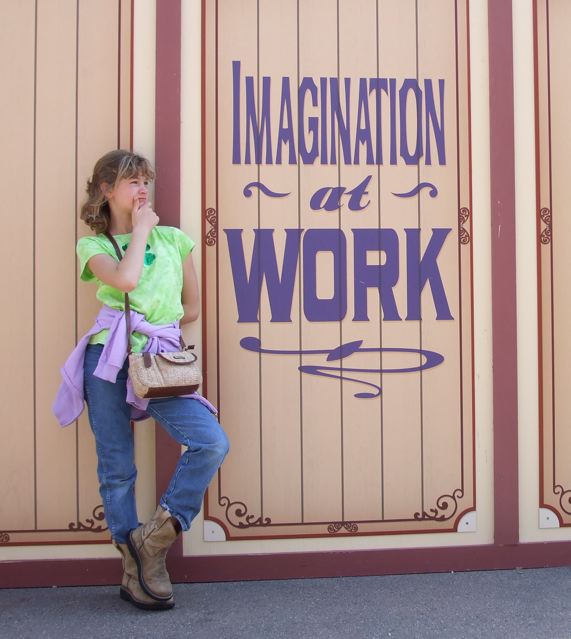 I had only been to California Adventure once before, a few years ago, and I hadn’t felt well that day, and there was this weird fake-vanilla smell pervading the park and making me nauseous, and also Steve’s parents came with us so I only rated about 0.5% of Steve’s attention at best. I had no nostalgia-based awkwardness to overcome here, is what I’m saying.

Yesterday’s visit was completely different from that first one. This time it was just me and the kids and the world was our oyster! As soon as we arrived and saw the crowds we grabbed some FastPass tix for Soarin’ Over California and then headed toward Redwood Creek Challenge Trail. On the way there we passed the Grizzly River Run, saw that there were no lines for that, and made a snap judgement that it wasn’t too early in the day to get soaking wet. Because did I mention that we scored FABULOUS sunny weather for this outing?

After our drenching we continued on to Redwood Creek, where the kids proceeded to scamper about happily for over an hour. 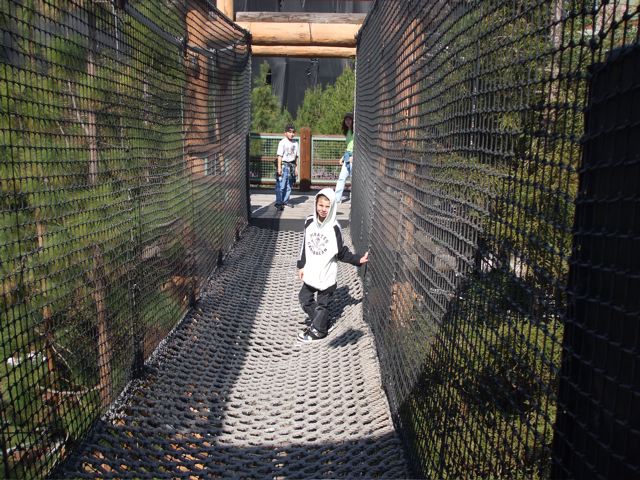 I found a spot in the sun to dry off while they climbed and slid and swung and ran to their hearts’ content. I think that officially makes me an Old Person, but it was nice and relaxing.

Then it was on to Paradise Pier, where they spent another half-hour or so frolicking around on the SS Rustworthy. 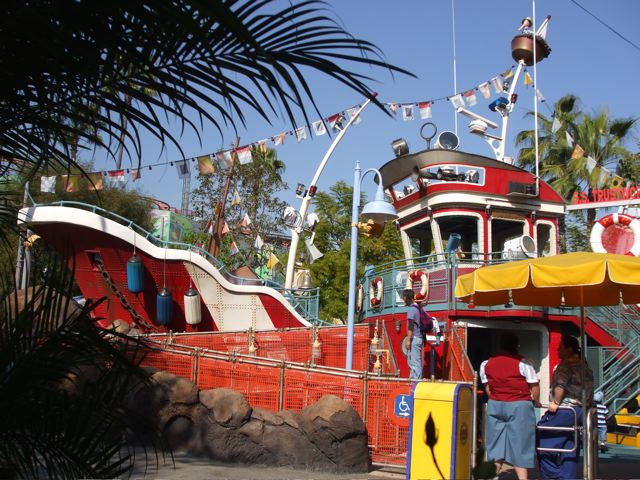 This was Luke’s favorite part of the whole park. Eight-year-old boys don’t need fancy-schmancy roller coasters or flight simulators; just give them an old fireboat to play on and they’ll never want to leave. Literally. When it was time to go back to Soarin’ Over California to use our FastPasses he came along willingly enough, but apparently he was under the impression that as soon as that was done we’d be coming back to the Rustworthy and, I don’t know, spending the rest of the day there? After Soarin’, when he realized that Elizabeth and I had other plans, he got very grumpy and gradually descended into Downright Obnoxious.

Elizabeth rode the California Screamin’ roller coaster by herself because Luke refused and I had to stay with him. He scowled his way through A Bug’s Land while Elizabeth amused herself by stirring up the locals. 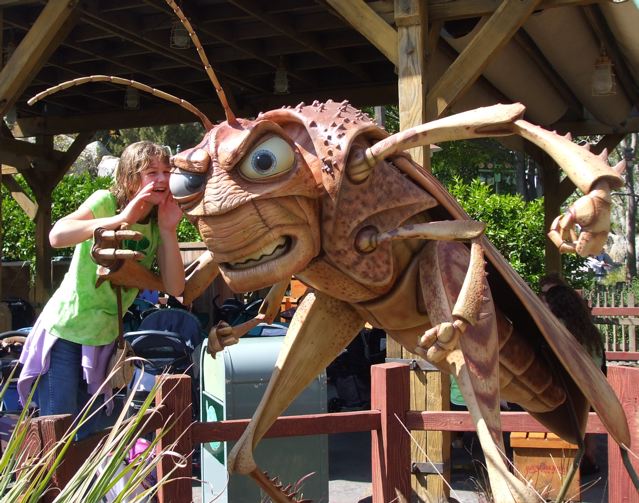 When we headed over to get FastPasses for the Tower Of Terror and Luke growled that he wasn’t going on that one either, I’d had enough. I told him that he WAS going on it, we ALL were, and to GET OVER IT already.

For some reason that didn’t improve his mood at all.

But! As we were leaving the Hollywood Backlot area we passed the Muppet 3-D Vision Theater and even though I had no idea what that was about I reasoned that no one could remain grumpy for long in the company of Muppets. So in we went, and the Muppets totally ungrumpified my boy and when we came out he was his normal happy self again. 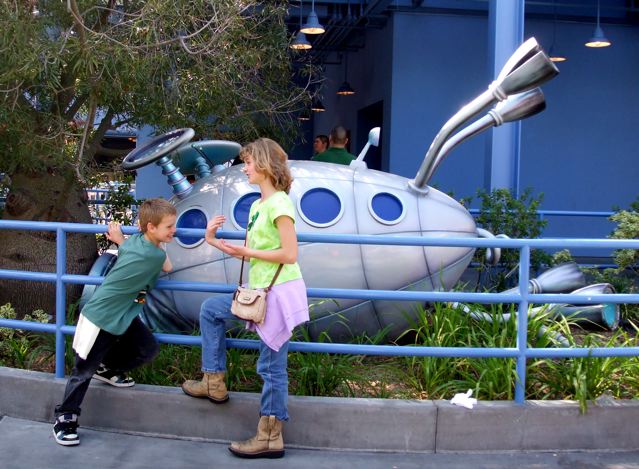 The Tower Of Terror turned out to be a little more intense than we’d expected (who’d have thought, with a cheery name like that??), but Luke recovered quickly with only a slight facial twitch afterward. By then I was hungry enough to gnaw my own hand off, and the pizza place I wanted to eat at just happened to be right next to the SS Rustworthy, so Luke got to play there for another 45 minutes or so, which should totally not be interpreted as an apology for forcing him onto a nightmare-inducing death-by-broken-elevator thrill ride. I just WANTED SOME PIZZA, okay?

One thing that I found amusing…as you’re leaving the Tower ride you step into this little room where there are monitor screens displaying photos of everyone’s faces the first time the elevator drops. As we stepped into that little room a dozen camera/cellphones were whipped out as people snapped pics of their screens. Ah, modern technology.

The park was scheduled to close at seven, but around mid-afternoon there was an announcement that it would remain open an extra hour. Not that it made any difference to us, because by five-thirty or six we was Worn Out and ready to call it a day. Just as we were leaving we caught the Pixar Play Parade, and that was pretty awesome — the perfect end to a great trip.

And then we went home. And it was good. And we all overslept this morning and missed the school bus so I had to drive the kids to school, and then we all had eggs for supper because the chickens laid about three dozen while we were away and I didn’t feel like fixing oatmeal.