I just spent an amazing five days at a horse camp in Montaña de Oro State Park in up in San Luis Obispo with Julie and her sister Kelly. Julie and I drove up on Wednesday; Kelly lives in Merced and met us there. A fourth girl, Heather, joined us Friday night and left early Sunday morning.

This park is absolutely gorgeous. There are mountains and creeks and little foresty places, and a long sandy beach that just begs to be galloped upon. 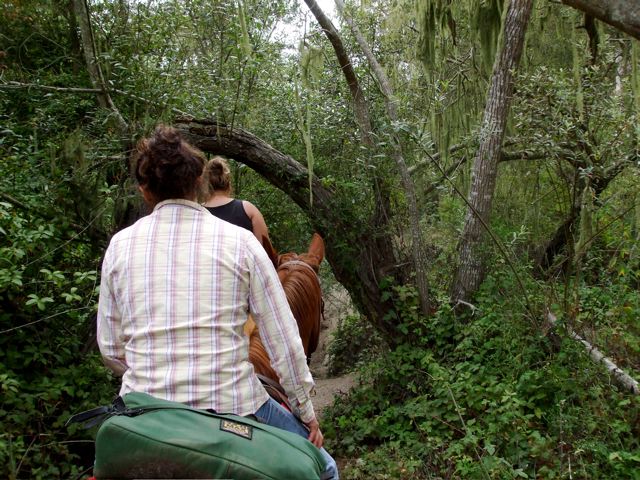 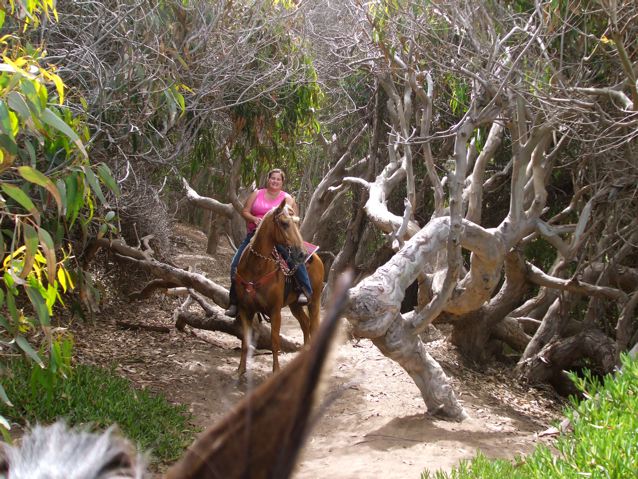 The first day we were there, Mahogany wanted nothing to do with the ocean. On the second day I coaxed her into at least walking in wet sand. This was big progress for my water-phobic mare, but she forfeited her brownie points later in the day when I had to dismount and lead her across a tiny little creek back in the hills. Actually she leaped over the creek and landed practically on top of me. No cookie for her!

On day three we actually got her to stand quietly as the waves washed over her ankles! Whoot! And on the fourth day, miracle of miracles:

Day four was full of firsts, actually. She willingly crossed a creek about three times wider than the one she’d balked at before, without the slightest hesitation. I guess once you’ve been in the ocean those little babbling brooks aren’t quite so terrifying anymore. Then we rode a trail that took us over several long wooden footbridges, and amazingly Mahogany moseyed right onto and across them.

This trip was the best thing that could have happened to her! I’m hoping to find time to ride her down to my hideout sometime soon and see if she’ll cross that creek now, while the experiences are fresh in her mind.

I can’t say enough good things about this park. On two different days we saw seals swimming near the shore, and once Julie galloped her horse out within ten feet of one inquisitive seal. We had campfires every night and the food was awesome thanks to Kelly, who is quite the camp chef. The only unpleasant surprise for me was how cold it was. A chilly marine layer hung over the whole area for four of the five days we were there, and I froze my butt off the first two nights. On the third day we drove into town for more ice for the coolers, and I bought a sleeping bag (the air mattress and single comforter I’d brought with me were just not cutting it). After that I was toasty warm at night. On day four the haze cleared and the sun came out, and I was so unprepared for that I got a blistering sunburn. Sigh. 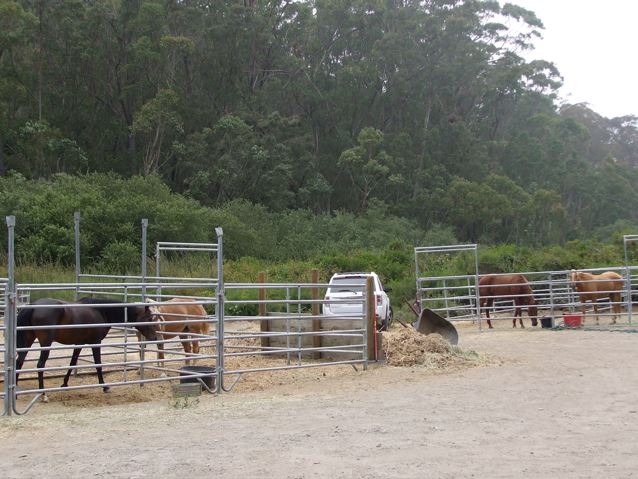 Here are Kelly (seated), Julie, and Jake, one of the two dogs Julie brought: 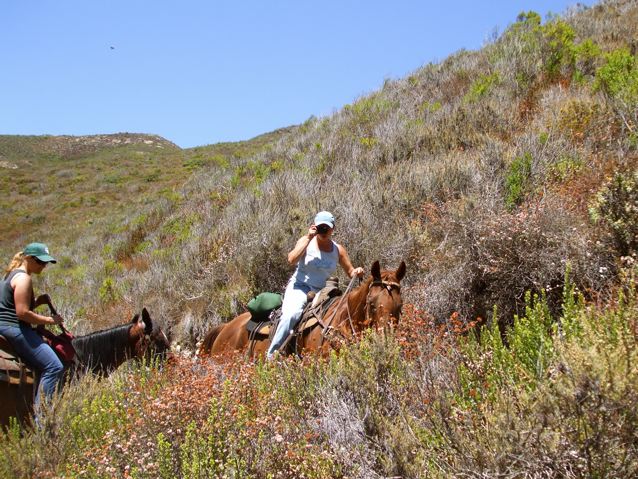 By the end of the trip, Mahogany was looking lean and fit: 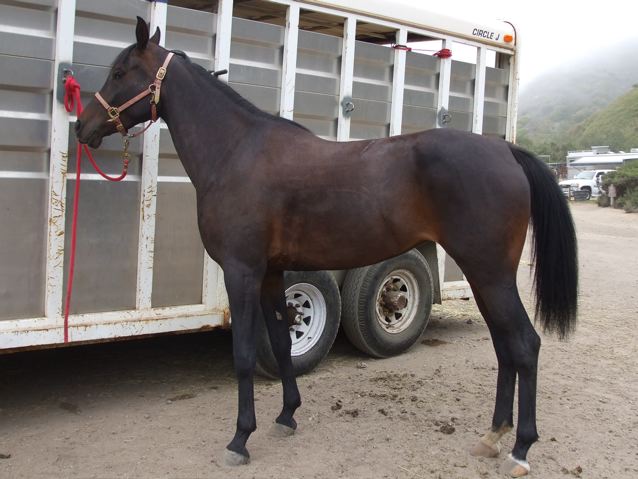 I’m so glad we did this. It was even worth coming home to a house that looked like flying monkeys had been living in it for five days (Steve stayed here with the kids while I was gone). I’d love to do more stuff like that, although ideally I’d like to be able to bring the kids along so they can share the experience. This is something every kid should get to do, I think.

I can’t believe the Summer Of Adventure is almost over. School starts back up in less than two weeks! We’re going to Knott’s Berry Farm tomorrow for Luke’s birthday, and then it’s back to the boring old grind. I think we made pretty good use of our summer though, all things considered. I’m aaalllmmost ready for Fall, and cooler weather. Almost.