Sorry about the long absence. Been dealing with some life changes, and apparently the first thing to go was my usually compulsive need to write.

With crushing irony in light of last month’s romantic marital musings, Steve and I have separated. It wasn’t any lack of love that ended the marriage; we were just too different. Different goals, different values, different interests. During our almost-twelve years of wedlock both of us compromised and sacrificed so much of ourselves to make the marriage work, that by the end we both felt like we’d lost touch with who we really were. Letting go of the struggle was almost a relief.

I love this house and Steve doesn’t much care where he lives as long as there’s room for his band equipment, so I stayed here and he moved back in with his parents a quarter-mile up the road. They seem happy to have him: the prodigal son, back safe where he belongs at last. The kids took it hardest, but we’ve made it as easy as possible for them and they seem to be adjusting well.

I could go on and on about all the effort that went into this marriage and why it ultimately failed, but…I don’t feel like it.

To celebrate my birthday I did something that I was never able to do with the city-phobic Steve: I took the kids to visit one of my favorite old stomping grounds, the Mission Avenue part of Riverside. I used to live on the corner of 7th and Locust, within walking distance of the library and museums and everything, and my memories of that area are warm.

We started the day with a climb up Mt. Rubidoux. The weather was gorgeous, and all the winter rain made the scenery a lot greener than usual. The Santa Ana riverbed wound lush and verdant alongside the city’s edge, looking nothing like its usual sandy deserty self. 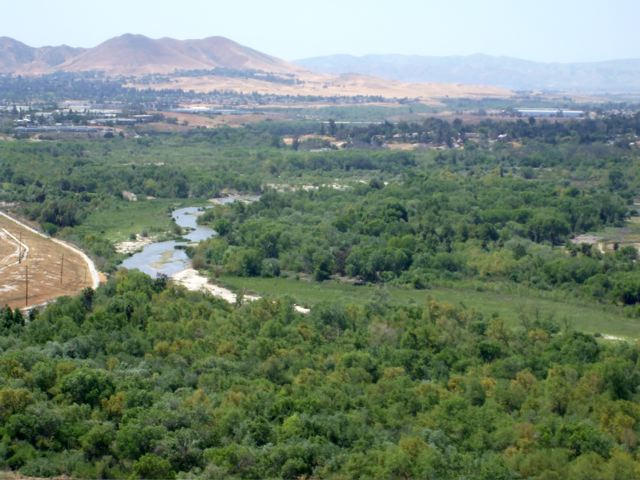 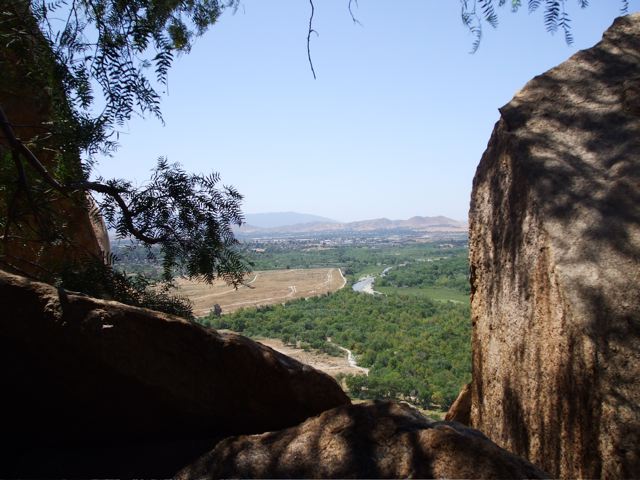 We took the “down road” up. Steeper, but shorter.

The cross at the summit. Its sheer size never comes across in photos: 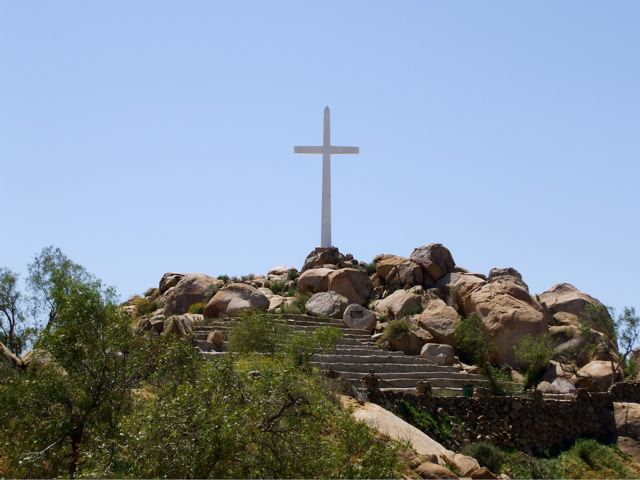 The view from the top:

The Friendship Tower and Peace Bridge: 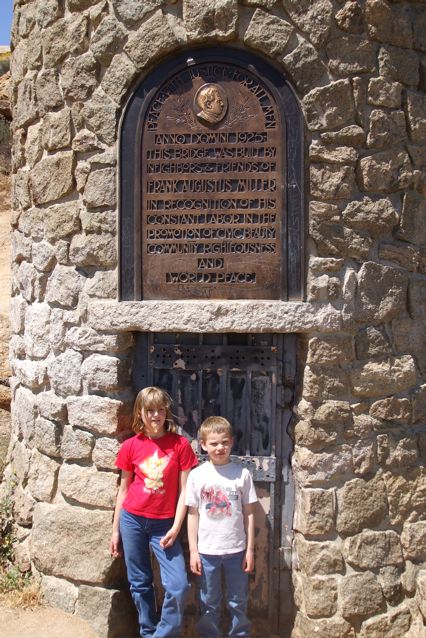 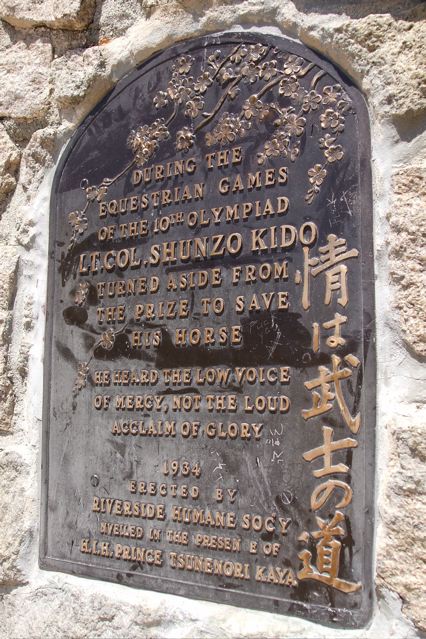 Elizabeth likes livin’ on the edge. In each of the next three pics, she is inches away from bone-breaking drops: 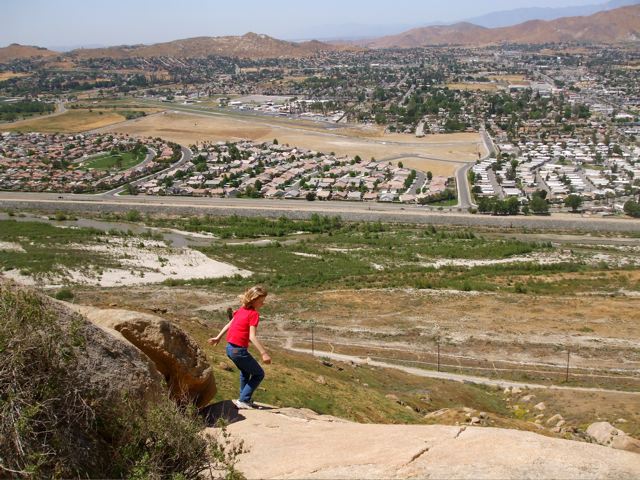 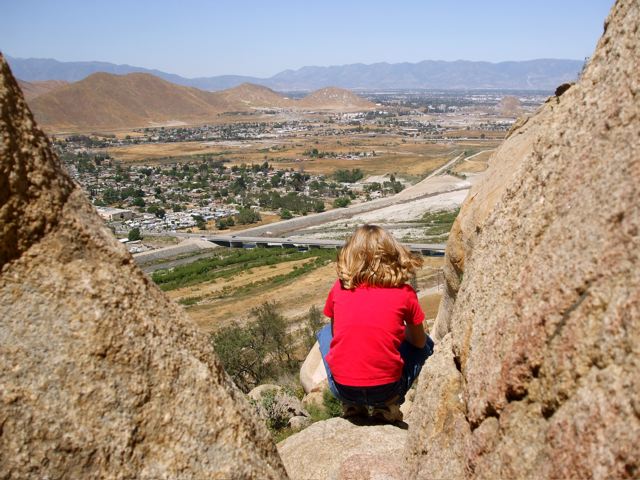 At the base of the cross:

On the way down we skipped the roads and took a footpath:

Our next stop was the Riverside Marketplace. We wandered through all the beautiful shops, and picked up some fun trinkets for the kids. Then to the Mission Inn, to admire the wonderful courtyards and all the incredible details. 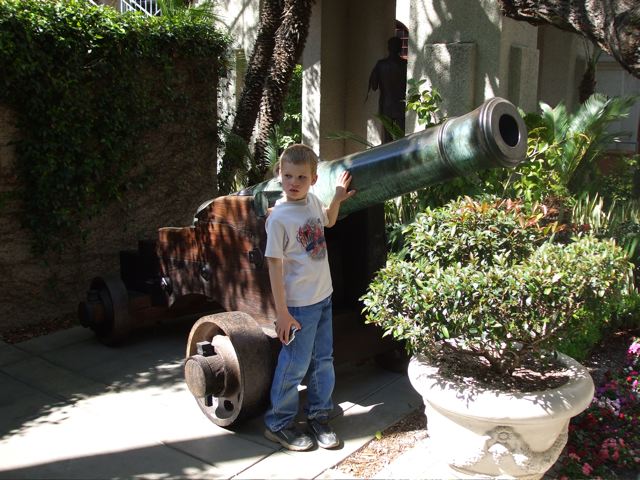 Then we headed over to the Natural History Museum, which I’ve loved since I was a kid.

By then the kids were starting to get tired, so we called it a day and headed homeward. We stopped in Temec for a nice supper, and got home just as dusk was falling. In spite of all the personal drama going on right now, I think it was the nicest birthday I’ve had in years. It felt like…a new beginning.

6 thoughts on “Moving On”